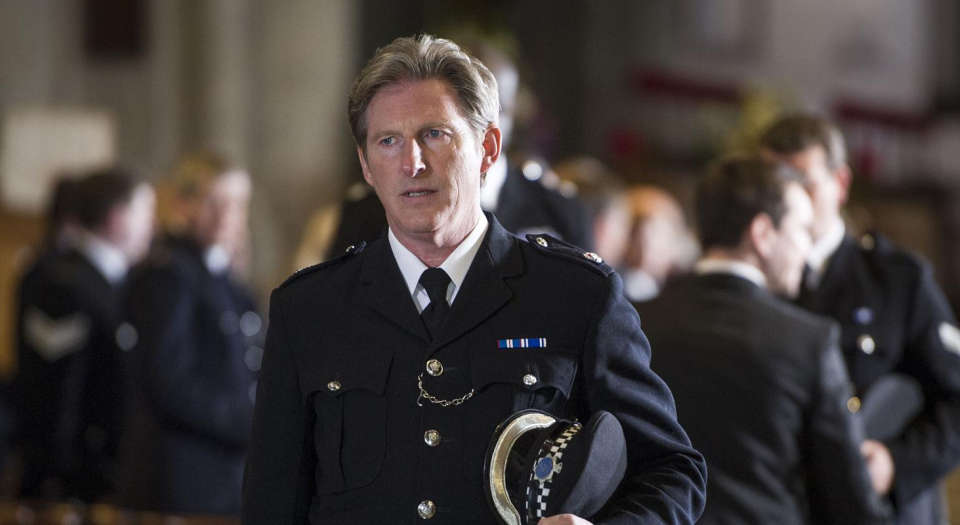 In his short essay, ‘A Defence of Detective Stories’ (1901), GK Chesterton said part of the appeal of the genre is that, while we might be tempted to see criminals as glamorous and exciting rebels, these stories remind us that the law itself is ‘the most romantic of rebellions’.

In nature, might is right, and for much of human history lawlessness (or the law of the powerful) was the rule. For Chesterton, then, ‘it is the agent of social justice who is the original and poetic figure; while the burglars and footpads are merely placid old cosmic conservatives, happy in the immemorial respectability of apes and wolves. The romance of the police force is thus the whole romance of man. It is based on the fact that morality is the most dark and daring of conspiracies.’

There is a lot in that. It was in part a desire to explore the interplay between morality and rebellion, crime and the law, that drove me to write my novel, That Existential Leap: A Crime Story, whose two main protagonists are a self-defined criminal and a detective. For the criminal, the law long ago lost whatever allure it might once have had. A century on from Chesterton’s Victorian optimism, the idea that the police represent morality seems absurd. Instead, he experiences the law as little more than an invitation to conformity. His friends tell him not that his criminal fantasies are immoral, but merely unrealistic. And he wonders why ‘realism’ dictates he should be less free than apes and wolves.

The detective might have more sympathy for Chesterton. And perhaps many of us do. After all, detective stories are more popular than ever. The idea of the police as the thin blue line between order and chaos has drawn generations of readers and viewers to detective stories, crime novels, cop shows and films. It is morally satisfying to see evildoers get their comeuppance, and reassuring to find mysteries resolved. But immediately, two objections present themselves.

First, much contemporary crime fiction is morally ambiguous. The modern detective’s appeal often has more to do with his or her flaws than any particular virtue or integrity. And to the extent that he or she does represent justice, the detective is often fighting a losing battle against corrupt politicians, businessmen and indeed other police officers.

This grittier form of the genre was pioneered by the American hardboiled school, writers like Dashiell Hammet and Raymond Chandler. As Chandler wrote in his essay, ‘The Simple Art of Murder‘ (1950), ‘The realist in murder writes of a world in which gangsters can rule nations and almost rule cities… It is not a very fragrant world, but it is the world you live in, and certain writers with tough minds and a cool spirit of detachment can make very interesting and even amusing patterns out of it.’ Patterns, mind you, but not necessarily resolutions, morally satisfying or otherwise.

Writing today, the Indian journalist Sandipan Deb argues that, fundamentally, there are two different kinds of detective story: the British and the American. The former is typified by Agatha Christie and involves a ‘closed system’ (you know the killer is one of the 10 guests staying at the country house), while the American (or hardboiled) format involves an ‘open system’, with the detective drawn from one crime into a larger, often murky plot.

Deb also cites the famous true story about William Faulkner, then working as a screenplay writer adapting Chandler’s novel The Big Sleep, who asked the author for clarification about who had killed the chauffeur. Chandler had to admit he had no idea. Nevertheless, readers and viewers have continued to find the story compelling, and, as Deb says, the quality of writing and characterisation means it’s a book that can be rewardingly re-read in a way more conventional detective stories perhaps cannot.

And that brings us to the second objection to Chesterton’s defence of detective stories. Does the satisfaction of a mystery solved really have anything to do with morality? Or is it more aesthetic: the pleasing sense of everything coming together in the end, unlike in real life? Indeed, might neatly tied ends actually militate against the realism of a Chandler, who, even if unwittingly, reflected the reality that many murders remain unsolved? Perhaps the real ‘romance of the police force’ would be better dramatised without the aesthetic embellishment of mysteries solved, which, after all, rarely satisfies more than once.

Then again, perhaps a writer who disdains the solving of mysteries has no business writing detective stories. The English crime writer Dorothy L Sayers gave a lecture in Oxford in 1935, called ‘Aristotle on Detective Fiction’. There she entertainingly applied the lessons of Aristotle’s Poetics to the detective story, taking it to be the contemporary form of classical tragedy (1). This was necessary because ‘today, we get many examples exhibiting a rather slender plot and a good deal of morbid psychology’ (reading this, the author of That Existential Leap shifts uncomfortably in his seat).

Channelling Aristotle, Sayers insisted that plot must take precedence over character, and that plot developments should occur unexpectedly, but also in consequence of one another. The trick is to use paralogism – aka leading the reader up the garden path – so that readers are seduced by the wrong conclusions, even when the correct ones are in plain sight. As a result: ‘Even though at the end we are to feel surprise on discovering the identity of the criminal, we ought not to feel incredulity; we should rather be able to say to ourselves: “Yes, I can see now that from the beginning this man had it in him to commit murder, had I only had the wits to interpret the indications furnished by the author.”’

I can’t help but wonder what Sayers (or Aristotle) would have made of the BBC crime drama Line of Duty, which recently finished its fourth series. Line of Duty combines compelling characters with internally coherent but wildly improbable plots, and straddles Deb’s British and American styles by focusing on a closed system of suspects, while gradually revealing a wider plot involving sinister unseen characters.

For me, the appeal is less in the tortuous plots than in the characters themselves. The main protagonists are not merely detectives, but anti-corruption detectives. Their suspects are fellow police officers. In most police dramas, especially American ones, the ‘rat squad’ is universally despised. It’s almost paradoxical: why should the police object to being policed? But it’s not quite a paradox, because the point is that as people committed to protecting the public, to being the good guys, cops tend to see themselves as a special case. It’s not that they don’t think seriously corrupt officers should be punished; it’s that they feel decent cops should be given the benefit of the doubt to get on with their jobs without undue interference.

Intellectually, we can all see that won’t wash. There have to be rules and officers have to be accountable to them. But anti-corruption officers like the ones portrayed in Line of Duty have to embody that principle in a working culture defined by an us-and-them mentality. Having broken the informal rules of group loyalty, they have little choice but to revel in unpopularity, sacrificing the respect of their colleagues for the sake of Chesterton’s ‘most dark and daring of conspiracies’ – doing the right thing.

That two-way tension between rule-bound behaviour and moral righteousness is dramatically rich, even if it has more to do with character than plot. Superheroes are not bound by rules, after all. And even mere mortals sometimes think of ourselves as special cases. One major influence on That Existential Leap was Dostoevsky’s Crime and Punishment. The protagonist Raskolnikov decides he is an ‘extraordinary person’ and therefore has a kind of special licence to rise above the law and conventional morality, and even commit murder in pursuance of his own greatness

This idea appeals to my own first, criminal, protagonist. But my second, the detective, is less concerned about people rising above the law than about the law imploding from within. After a particularly sinister child murder, he is put in charge of a new unit to solve ‘occult crimes’, and soon begins to worry he has been put on a crusade that has nothing to do with criminal justice or morality. What happens, not when individuals refuse to subject themselves to the law, but when the law stops treating individuals as responsible subjects?

The cosmic conservatives DCI Alexander contends with are not just burglars and footpads, but well-meaning senior colleagues who are more interested in keeping the plot moving along than in anyone’s moral character. There is a good deal of morbid psychology, then, but I like to think some of the romance of man, too.

Perhaps Chesterton was right. Detective stories do present us with a romantic rebellion against lawlessness. But that rebellion is more complicated than who killed the chauffeur. The rebel leaders are flawed, there are fifth columnists, and the rebellion never finally succeeds or fails. That’s why crime fiction continues to beguile, even when it loses the plot.

(1) The lecture is partly reproduced in the Oxford Classics edition of Aristotle’s Poetics (2013).