The Brexit election: time to back principles, not parties

None of them can be trusted to stand up to the 'Anything But Brexit' lobby. 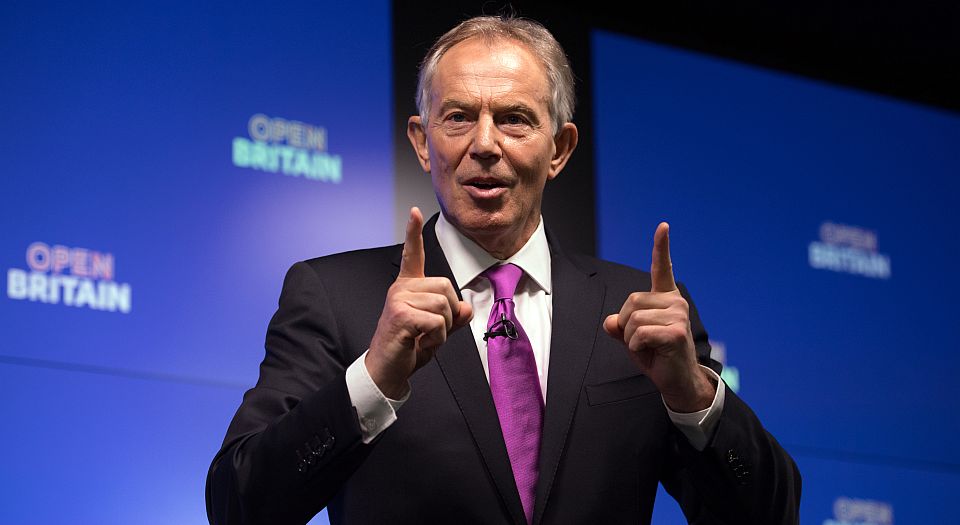 Shock news – Tony Blair might have got something right, by suggesting that there are more important things than political party allegiances in the UK General Election. Less surprisingly, if he did, it was for entirely the wrong reasons.

The former New Labour prime minister has excited the media and outraged the rump of the Labour Party by advising voters to put aside their normal party loyalties and back whichever candidate is committed to standing against a ‘hard Brexit’. Blair told the BBC that ‘the absolutely central question is less who is the prime minister on 9 June, and more what is the nature of the mandate’ regarding Brexit: ‘This is something that’s bigger than party allegiance, in this particular election.’

Disingenuously, Blair also tried to deny that he was advocating tactical voting against his own party. Other anti-Brexit zealots, however, have taken his approach to its logical conclusion. City financier Gina Miller, poster girl for the Remainer elite, is now fronting a campaign for tactical voting against ‘hard Brexit’ – otherwise known as ‘Brexit’. And Open Britain has published cross-party lists of 20 Leave-supporting MPs it is targeting to remove, and 20 Remainer MPs it is desperate to save.

We can certainly agree that there is a far more important cause in this election than whether Tory Theresa May or Labour’s Jeremy Corbyn becomes prime minister. That cause is the future of democracy.

Blair, Miller and the Remainer elite are trying to use the election to undermine or even overturn the democratic will of the 17.4million people who voted Leave in last year’s EU referendum – far more than have ever voted for any party in a General Election.

Those of us who believe in democracy need to stand for our principles rather than any party in this, the Brexit election. That means focusing on the ‘absolutely central question’ of who should have the power to decide our future – the masses or the political-media elites? And that might mean endorsing candidates who are prepared unequivocally to back key democratic demands, whatever colour rosette they happen to be wearing.

The difference is that Blair and his powerful fellow Remainers are running an entirely negative campaign to try to derail democracy; the slogan of their crusade should be ABB – ‘Anything But Brexit’. Whereas our campaign can be a positive one to uphold the principle of democracy and realise the democratic potential of the Brexit revolt against the unrepresentative political class.

Behind their high-minded posturing, the advocates of anti-Brexit tactical voting are advocating the abandonment of political principles. They are telling people who actually support a political party to shelve their true beliefs and blindly vote ABB. By contrast, supporters of greater democracy through Brexit can argue that none of the zombie political parties is worth endorsing, and that we should give careful thought to the best way to support our political principles instead.

Let’s not be fooled by the Remainer elites’ apparent embrace of the electoral process to pursue their cause. Their ingrained anti-democratic instincts were clear to see in their appalled and outraged response to Leave voters who dared to disobey their instructions last June – a revolting result which Gina Miller memorably said made her ‘physically sick’.

The same fear and loathing of the voters was evident in many immediate reactions to May’s announcement of a General Election last week. One hysterical Guardian columnist screeched that ‘this is not a General Election, it’s a coup’ – because voters might give the Conservatives a bigger majority. Meanwhile, the Corbynite Labour MP Dawn Butler blurted that ‘Theresa May called this election to rig democracy’ – by which she presumably meant, ‘to win more votes than the Labour Party’.

These critics appear to have forgotten a first principle of parliamentary democracy – that a prime minister surely ought to be elected by the people, rather than merely anointed by Tory Party MPs, as May was last year. And as Corbyn himself had to point out to his democracy-dreading supporters, opposition parties are normally supposed to welcome elections as a chance to replace the government.

Now that the election campaign is on, the Remain elites have turned their attentions to how they might use it to undermine Brexit – effectively to defeat not May’s Tories, but the 17.4million Leave voters. Cheered on by the likes of the BBC and the Guardian, they are scrabbling for any way to snipe at Brexit, their tactical-voting initiative a desperate attempt to construct local Remain redoubts that might get in the way of the UK’s Brexit majority.

There is even talk of trying to persuade some opposition parties not to stand, to give Labour or Liberal Democrat Remainers a ‘clear run’ at Leave-supporting Tory MPs. This amounts to abandoning altogether the democratic principle of offering voters a proper political choice, and reducing the election to an ersatz second referendum.

Such is the one-eyed obsession of the ABB crowd that the Observer even claims the main opposition parties will ‘consider giving a free run’ to the leader of the tiny Women’s Equality Party to challenge Tory MP Philip Davies in Shipley, Yorkshire. Apparently Sophie Walker already has the support of the Greens, leading Lib Dems and ‘Labour members of Shipley Feminist Zealots’. No doubt, as the ardent Remainer paper reports, this really is because the opposition parties agree with Walker that Davies is ‘basically a sexist misogynist’, and not at all because he is ‘basically’ a Leave supporter – as were the majority of his constituents – while the WEP is essentially a one-woman Remain campaign sailing under false colours. Good luck with that. Unsurprisingly, Davies says he would welcome such a contest, and be ‘happy to let the good people of the Shipley constituency decide who they want to represent them’. There will, however, be more serious challenges to democracy in this election campaign.

We might agree with Stephen Dorrell, the former Tory MP turned pro-EU campaigner, that ‘This election is about something much bigger than party politics’. But Dorrell is surely wrong to conclude ‘it is about our future relationship with the rest of Europe’. The Brexit election is about ‘something much bigger’ than that, too. It is about the future relationship between the people of the UK and political power – the future of democracy itself.

Last June, the EU referendum turned into a democratic revolt against the illegitimate Remain political class. Since then we have witnessed the anti-democratic revolt of the furious elites. The need now is to try to prevent the enemies of mass democracy sabotaging Brexit through the back door, as they have already tried via the courts and the House of Lords.

None of the major parties can be trusted to stand for democracy in the Brexit election. All of them stood together as bulwarks of the Remain campaign – including Labour under Corbyn, a lifetime opponent of the EU who abandoned his principle at the moment when it mattered. Even Theresa May’s Tory government, supposedly an uncompromising advocate of ‘hard Brexit’, is led by Remainers seeking a mandate to do the private deal they want with the EU.

The old political parties of the Western establishment have been reduced to empty shells everywhere from the US, where Donald Trump became president despite being opposed by both major party machines, to France, where the established parties of both the left and the right were eliminated in the first round of the presidential election. That is a start. The problem is that no meaningful new movement has emerged to replace them.

In the absence of any parties worth supporting, the priority in the Brexit election is surely to fight for democratic political principles. Put the candidates on the spot about where they stand on the big challenges facing democracy today, from withdrawing from the European Court of Human Rights to abolishing the House of Lords, and decide who – if any of them – to support accordingly.

The widely despised Blair has attracted considerable ridicule for suggesting that he is so moved by politics today that ‘I almost feel motivated to go right back into’ the frontline of political struggle. But while the ex-premier may not seem a viable candidate, the anti-democratic attitude he endorses has already been sneaked into the heart of the election campaign by the influential cross-party ‘Anything But Brexit’ lobby. Who needs Blair, when ABB has got the BBC and the rest of them to make their case?