Why this election matters

This is a fight for democracy. Get involved. 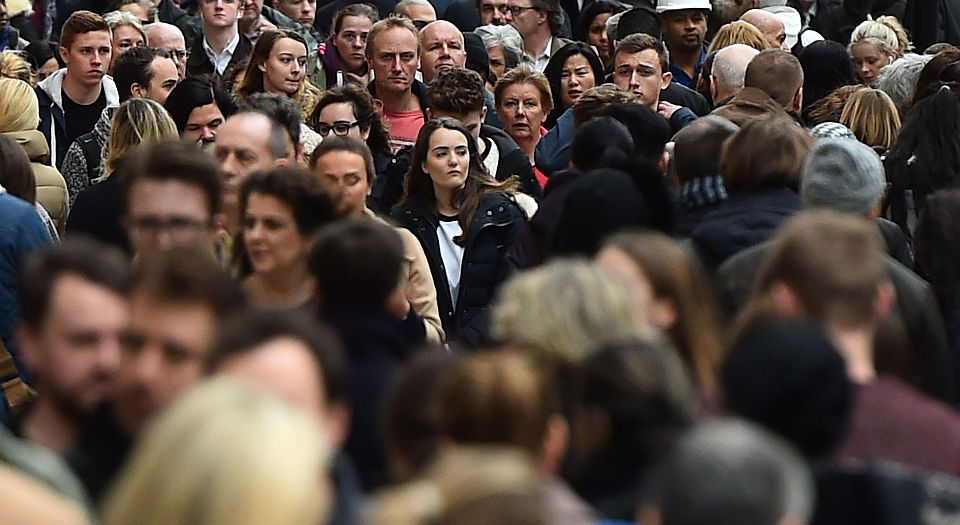 At last, following years of elections featuring drab candidates bickering over even drabber policies, we Brits face a General Election of real substance. A General Election in which there’s more at stake than defence spending or the number of nurses in the NHS or how much salt there should be in processed food. A General Election in which democracy itself, the most important political value, hangs in the balance. No one who believes in the principle of popular sovereignty, in the hard-fought-for ideal that the public rather than a narrow political class should steer the fate of the nation, can afford to sit this election out. Everyone needs to get stuck in, and do everything within their power to defeat the anti-democrats.

It must be clear to everyone – apart, it seems, from Jeremy Corbyn, who keeps insisting we should focus on other ‘issues’ than Brexit – that this election is all about Brexit. Brexit, last June’s revolt against the status quo and its beneficiaries in the political establishment, casts its vast, magnificent shadow over every aspect of the election. And it is natural that it should. Brexit was the first time in living memory that a majority of Brits didn’t only reject a particular party or policy but rather rejected the entire arrangement and style of politics in the 21st century, not to mention the legion establishment figures pleading with us not to do so. Of course this is a Brexit election. Bruised, furious at our boldness, sections of the political class spy in the snap election an opportunity to undo Brexit and regain their old moral, or rather technocratic, authority. We mustn’t let them do this. We must stand against them again; restate the Brexit spirit again; infuriate them again.

That this is a Brexit election, an attempted replay of the referendum by a wounded elite, can be seen most clearly in the march of the forces of anti-democracy. For nine months, since 17.4million of us said ‘No’ to the EU – and to 75 per cent of MPs, 70 per cent of business leaders, virtually the entire expert class, and every respectable global institution, all of whom backed Remain – the knives have been out for democracy. Political and media chatter has been packed with disdain for the demos, and alarm at the fact that ‘low-information’ people should get to decide on such important matters as the EU. Now, this ugly sentiment is taking a physical form, in the shape of a concerted anti-Brexit drive in the election. It must be confronted, and stopped.

The anti-Brexit elite is putting extraordinary energy into deflating the Brexit spirit and returning to parliament MPs who will bemoan Brexit into an early grave. Gina Miller, the wealthy heroine of the media class who said Brexit made her feel ‘physically sick’, is crowd-funding anti-Brexit candidates. The Liberal Democrats, proving once again that they don’t know the meaning of the words ‘liberal’ or ‘democrat’, are running on a ticket of wounding Brexit. Open Britain, a movement of well-connected, well-fed piners for the old order, are pushing anti-Brexit candidates. And now Tony Blair is getting stuck in, imploring everyone to vote for their local candidate who’s most sceptical of – or even better, disgusted by – Brexit.

It isn’t only this explicitly anti-Brexit reaction, this elite effort to contain the consequences of democratic decision-making, we should be worried about. Even among politicos who say they will nod Brexit through – albeit with a peg on their noses, so foul do they find the stench of the people’s choice – there is a dearth of commitment to realising Brexit, and of course caginess about our revolt. Some of them want a Soft Brexit: a safe, flattened-out Brexit with its edges, or edginess, shaved off – that is, Not Brexit. Some want to stay in the Single Market, or in the European Court of Justice, or some other Brussels institution the demos said we should leave. This is unacceptable.

The approach of democrats to the election should be twofold. First, and most importantly, we must agitate, campaign and vote against the anti-Brexit lobby: the Blair crew, the Lib Dems, the SNP, the Miller candidates, those who would trash the democratic will in order to win back their old influence and their beloved Brussels oligarchy. And secondly, we must grill all the candidates on their attitude to Brexit, which means their attitude to democracy. Will they promise to see Brexit through to the end? Do they recognise that Hard Brexit and Soft Brexit are nonsense categories, and that Brexit clearly means leaving the EU and all its political, legal and economic institutions? Do they promise to serve the people’s will, rather than demean and dilute it? If so, we will consider voting for them. If they defend democracy, we will lend them our democratic vote.

For that is the dividing line in this election. Forget left v right, or Labour v Tory, or any of the old party-political frameworks. This is a clash between those who are openly opposed to democracy, or certainly irritated by it, and those of us, like spiked, who prize democracy highly, and believe it is the best way of ensuring politics is done in a rational, productive and progressive fashion. We shouldn’t worry that this has become an election all about Brexit. We should welcome it. We should welcome the opportunity to clarify and strengthen Brexit and its inherently democratic, progressive spirit, following nine months of its having been demonised as ‘xenophobic’ and stupid. And to those who say ‘There are other issues to think about, too’, I would say this: Brexit is far bigger than any of those issues.

In fact, Brexit isn’t an ‘issue’ at all. It’s not like public spending, or housing targets, or education policies. It’s a whole new approach to politics. Brexit is the potential means through which ‘issues’, politics itself, can be enlivened, enriched, made more democratic, more honest, more real. Brexit isn’t policy – it’s a cry for returning policy, and the future, to the sovereign demos, so that more voices and popular opinion can steer us in a new direction. This is why Brexit has gripped the world and stirred passions and fury virtually everywhere: because it represents not just a political standpoint, but the overhauling of politics as we have known it for the past few decades. And this is why you should vote in this election not on the basis of ‘issues’, but on the basis of Brexit.

Blair, being establishment to his core, recognises what is at stake in the election. This week he said people should consider voting for the Tories or Lib Dems, rather than for his own Labour Party, if they believe the candidates from those parties will help thwart Brexit. There is ‘something that’s bigger than party allegiance in this election’, he said. He’s right, even though he’s coming at this from the polar opposite position to us at spiked. Because this is a Brexit election, normal party politics is suspended. Something else overrides all of that. Democracy. The burning question of our age: do you, or do you not, trust ordinary people to govern both their lives and their nation’s future? This ‘issue’ outweighs all the other issues, because until it is resolved, all those issues, all of politics, will continue to be the plaything of Them, the technocratic elite, rather than the property of us, the people.

Don’t vote for any particular party in this election. Instead, vote for a candidate from any party if he or she promises to uphold Brexit and value democracy. This is the most important General Election in years, certainly of my lifetime. So engage in debates, go to hustings, and encourage everyone you know to vote for Brexit all over again. Democracy needs you.