There are worse things than a Kelvin MacKenzie column…

...like allowing Labour and the police to boss about the free press. 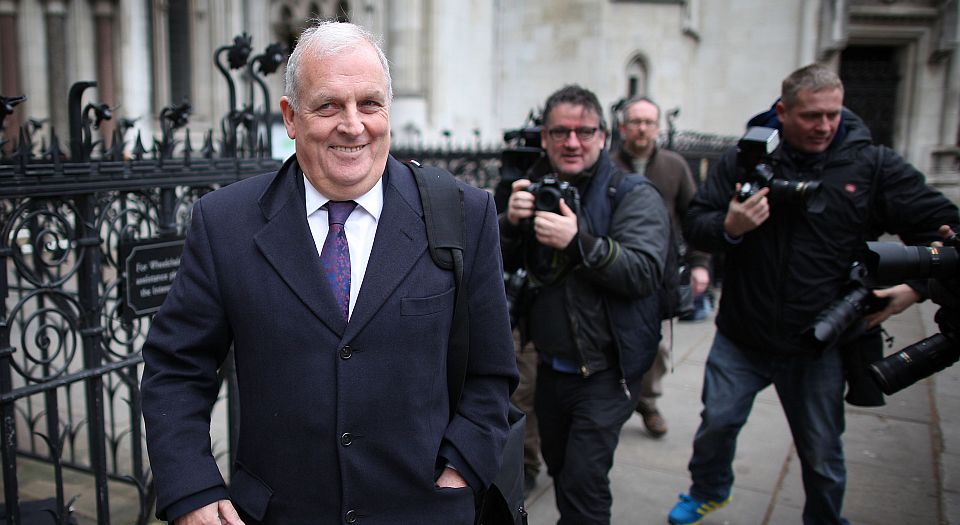 Turkish president Recep Tayyip Erdogan is not the only elected politician seemingly keen to silence criticism by using state power against press freedom. Liverpool’s Labour mayor Joe Anderson has demanded a journalist be not only sacked by his newspaper but also prosecuted by the authorities for expressing an opinion the mayor finds offensive. Merseyside Police have done as they were told and launched an official investigation into the journalist’s Thought Crime.

But while Erdogan’s harsh repression of journalists has rightly sparked angry protests in Turkey and elsewhere, Anderson’s ‘Little Erdogan’ impression in Liverpool has raised barely a murmur.

That is presumably because the journalist Labour wants locked up is Kelvin MacKenzie, arguably the most hated hack on Merseyside and beyond, who wrote a controversial column about Liverpool last week. And because the newspaper MacKenzie wrote it for is the Sun, tabloid voice of Rupert Murdoch’s News UK, so unpopular on Merseyside that it is reputedly hard to buy a copy to burn there these days.

But there is a principle at stake here that is far more important than anybody’s personal feelings about a columnist or a proprietor. That is the right of a free press to publish and be damned, and be judged by the public rather than found guilty by interfering politicians and policemen. An important part of press freedom is the right of the Sun to decide for itself who and what to publish, without being dictated to by the mayor of Liverpool or the Merseyside Police.

MacKenzie, of course, has history with Liverpool. He was the editor of the Sun responsible for the infamous front page, headlined ‘The Truth’, which endorsed poisonous lies about Liverpool football fans after 96 of them were crushed to death at Hillsborough Stadium in April 1989. The Sun and MacKenzie have long since apologised. A year ago, fresh inquests found that the fans had been ‘unlawfully killed’. This February, Liverpool FC banned Sun reporters from its Anfield stadium, apparently in response to the paper’s Hillsborough coverage 28 years ago.

So it was asking for trouble for MacKenzie to try to write a ‘humorous’ column touching on Liverpool and football last week, on the eve of the Hillsborough anniversary. To judge by the reaction, however, you might imagine that MacKenzie had been dancing on the dead Liverpool fans’ graves rather than cracking a bad joke about an Everton player and the shadier side of the city.

In an item entitled ‘Here’s why they go ape at Ross’, MacKenzie wrote about Everton star Ross Barkley, who had just been attacked in a Liverpool bar. For MacKenzie, Barkley was ‘one of our dimmest footballers’, comparable to ‘a gorilla at the zoo’. ‘The physique is magnificent but it’s the eyes that tell the story’, he wrote. ‘Not only are the lights not on, there is definitely nobody home.’

The columnist then broadened his targets, saying it was no surprise that Barkley had been punched in a nightclub after ‘allegedly eyeing up an attractive young lady who, as they say, was “spoken for”. The reality is that at £60,000-a-week and being both thick and single, he is an attractive catch in the Liverpool area, where the only men with similar pay packets are drug dealers and therefore not at nightclubs, as they are often guests of Her Majesty.’

Cue predictable outrage from Liverpool politicians, media pundits and football folk, broadcast to a national audience by the BBC and other tabloid-despising media. Attention particularly focused on the comparison between Barkley and a gorilla, with critics pointing out that the player had Nigerian antecedents. The Sun soon issued a statement apologising ‘for the offence caused’, and announcing that MacKenzie had been suspended. It said that his expressed views ‘about the people of Liverpool were wrong, unfunny and are not the view of the paper’, and that they were ‘unaware of Ross Barkley’s heritage and there was never any slur intended’. MacKenzie himself also insisted he knew nothing about Barkley’s mixed-race background before writing the (rubbish) gorilla gag.

None of which was ever going to be enough to assuage the Sun-haters. Labour mayor Anderson upped the stakes, announcing (via Twitter of course) that he had ‘reported MacKenzie & the S*n for their racist slur on Ross Barkley and the people of Liverpool to Merseyside Police & press complaints commission’ (which has actually been replaced by the Independent Press Standards Organisation). Merseyside Plod duly announced they were investigating an alleged ‘racial hate crime’.

Anderson told BBC Sport that ‘Not only is it racist in a sense that [Barkley] is of mixed-race descent, equally it’s a racial stereotype of Liverpool. It is racist and prehistoric.’

This might seem like blatant nonsense even by the standards of the Labour Party. Can an insult be racist if the writer did not know his target is mixed race? And what is this about ‘a racial stereotype of Liverpool’? The people of that fine city might sometimes seem to speak a different language from the rest of us. But are Scousers really to be considered a separate race now?

In fact, under the nonsense that is modern UK law, the answer to both those questions might be ‘yes’. The changes introduced after the MacPherson Report into the murder of Stephen Lawrence define a racial or hate crime as ‘any incident which is perceived to be racist by the victim or any other person’. So if the mayor of Liverpool or Stan Collymore says the column was racist, it is. Anderson’s reinvention of Scousers as victims of racism simply extends this subjective legal definition to its (il)logical conclusion.

The meaning of racism is thus diminished, turned into an empty all-purpose insult that can be used to delegitimise any opinion you find offensive. And by applying the killer label ‘racist’ to a Sun column, tabloid-bashers can turn an unfunny and insensitive joke into a major public issue, to the point where MacKenzie’s alleged crime against humanity displaced the panic about nuclear war in some of the weekend’s news headlines.

What should us non-racist champions of free speech say about all this? There is no need to defend MacKenzie’s reactionary opinions in order to stand for his right to express them. Free speech does not, of course, grant anybody the inalienable right to express their views in the national media. That is a decision for the Sun – an independent editorial judgement that it alone should make, and for which it will be judged by its reading public.

Most importantly, anybody with an ounce of feeling for freedom of speech and of the press must stand against attempts to get the law and the regulators to interfere in such editorial judgements. It should not be the business of the Labour Party or the Merseyside Police to start laying down the law about what can and cannot be said in a free press.

No doubt the column about Ross Barkley, like much else that MacKenzie writes, was offensive to some. So what? If you don’t like it, don’t read it. The irony in this case is that none of those publicly expressing their outrage would ever read the Sun anyway, and had to make a special point of publishing the remarks online in order to be offended by them and demand the writer be repressed and punished.

In sum, there are worse things to worry about than a Kelvin MacKenzie column. Those who would burn or ban the Sun and have the state tell the press what to publish pose a far greater threat to freedom than anything said by a ‘prehistoric’ hack.

It remains an iron law of history that, whatever anybody thinks of a free press, there is always one thing worse – an unfree press. Ask the Turks.