The dangers of equating words with actions

The idea that words cause harm is being used to justify censorship and violence. 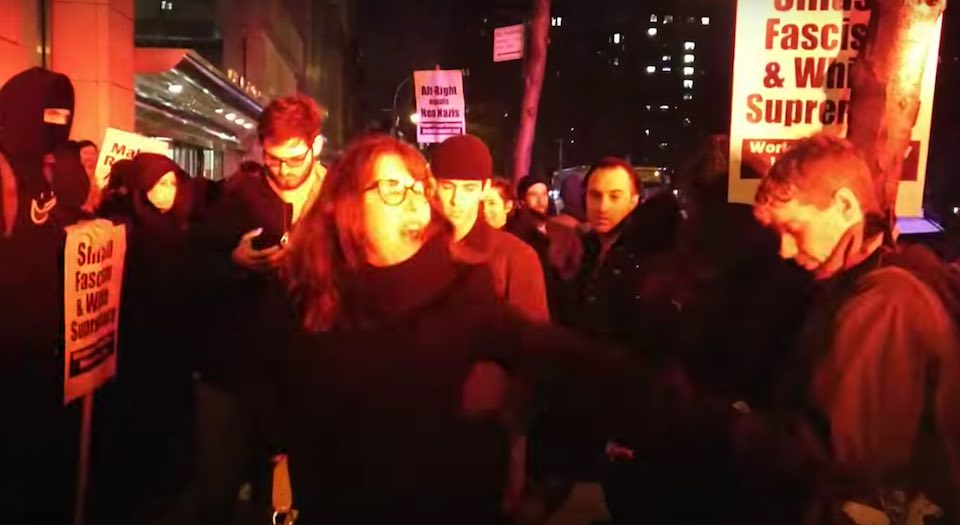 ‘Over the past few years, several guest speakers with controversial and objectionable beliefs have presented their ideas at Wellesley. We, the faculty in [Commission for Ethnicity, Race and Equity], defend free speech and believe it is essential to a liberal-arts education. However…’

I needn’t complete the quotation. The ominous ‘however’ is enough to let us know what’s coming next. It’s a familiar technique, reminiscent of that well-worn conversational opener, ‘I’m not racist, but…’. In this case, it is the beginning of an email from six professors at Wellesley College in Massachusetts, in which colleagues are advised to avoid inviting potentially controversial speakers to the campus for fear of causing offence. Because God forbid a university should be a forum for exploring difficult or contentious ideas.

The email encourages faculty members to make no distinction between words and physical violence. The professors discuss a ‘disturbing… pattern of harm’ in the speakers thus far invited. They describe how students have been left ‘in distress’ at having to listen to such ‘painful’ ideas. These talks have caused ‘damage’, and any who have had the courage to rebut the speakers’ arguments have experienced ‘injury’ as a result. If students really are as delicate as this assessment implies, it’s a good job the US government hasn’t reinstated conscription.

Perhaps there are some who genuinely consider emotional grievances to be every bit as damaging as physical violations, but such acute frailty is rare. In truth, most of those who demand a Safe Space from offensive ideas are being disingenuous. The conflation of words and violence is a tactic used to avoid debate and, with the febrile atmosphere currently prevailing on some university campuses, it appears to be working.

Take, for instance, the ongoing furore at the University of Toronto, where Professor Jordan Peterson’s refusal to adopt gender-neutral pronouns has led to calls for his resignation and the possibility of legal action under Ontario’s human rights code. During a recent televised debate, Nicholas Matte, a teacher at the University of Toronto’s faculty of sexual diversity studies, accused Peterson of ‘abusing students’. His actions, Matte said, were ‘tantamount to violence’. Another activist withdrew from the panel on the grounds that to even hold a debate with Peterson was ‘an act of transphobia’.

This is the kind of rhetorical sleight of hand we’ve come to expect from those on the left with an aversion to free speech or open debate. Ntokozo Qwabe, the key activist behind the campaign to remove Cecil Rhodes’s statue from Oriel College in Oxford, claimed that for the university to preserve the monument would be to inflict ‘violence’ on the black community. In these terms, student ‘safety’ involves the protection of emotional sensibilities as much as physical wellbeing. The Safe Space mentality seeks to destabilise the terms of debate, reimagining two opposing points of view as a struggle between the oppressor and the oppressed, the violent and the victimised. After all, how can one have a reasoned discussion with a person whose intention is to cause harm?

At the same time, we have seen a reluctance on the left to condemn actual violence when it is perpetrated in its name. In the wake of protests at the University of California, Berkeley earlier this year – a response to a scheduled appearance by Milo Yiannopoulos – some university professors openly defended the riots and the destruction of property that ensued. Similarly, after conservative provocateur Gavin McInnes was assaulted during his talk at New York University, a woman was filmed screeching at police and urging them to physically attack McInnes and his entourage. ‘You should be protecting these students from hate… How dare you fucking assholes protect neo-Nazis! Fuck you, fuck you, fuck you… You should kick their ass!’ This charming individual claimed to be a professor, although her specialist subject is anyone’s guess. One assumes it isn’t oratory or critical thinking.

This insistence that words can be a form of violence has a further, more sinister, strategic purpose. It means that inflicting physical harm on one’s ideological opponents can be justified as self-defence. When alt-right figurehead Richard Spencer was punched during an interview in Washington, many were quick to support his assailant. The Guardian published an extended piece of sophistry on the subject of whether or not it was ethical to punch a Nazi. The author stopped short of actually condoning violence, although there can be little doubt of where he stands on the issue, given his endorsement of another article which concludes that punching Nazis is ‘not only ethical, but imperative’.

The danger of this reasoning should be obvious. Nobody is suggesting that we have a responsibility to seek out neo-Nazi thugs or Ku Klux Klan members and engage them in debate, but surrendering the moral high ground to a reprobate like Spencer can hardly be said to be a shrewd move. As Hannah Arendt pointed out in her essay On Violence (1970), political violence is inherently self-defeating because ‘the means used to achieve political goals are more often than not of greater relevance to the future world than the intended goals’. However justifiable or rational our objectives might be, recourse to violence has a delegitimising effect, and its inherent ‘arbitrariness’ is likely to result in increasingly unpredictable cycles of conflict.

Arendt’s essay demonstrates the folly of interpreting violence as a form of political discourse. We should be likewise wary of any attempts to interpret speech, political or otherwise, as a form of violence. There is a world of difference between barbed words and barbed wire. To erode the distinction is to risk the promotion of a culture in which debate is impossible, individual liberty is denied, and physical hostility is validated as a pre-emptive form of defence. There are many who would misconstrue this as progress. For the rest of us, we need to be on our guard.

Andrew is the co-writer of Jonathan Pie: Live, which is now available as a digital download at the Jonathan Pie website.