Living wage? This is bargain-basement socialism 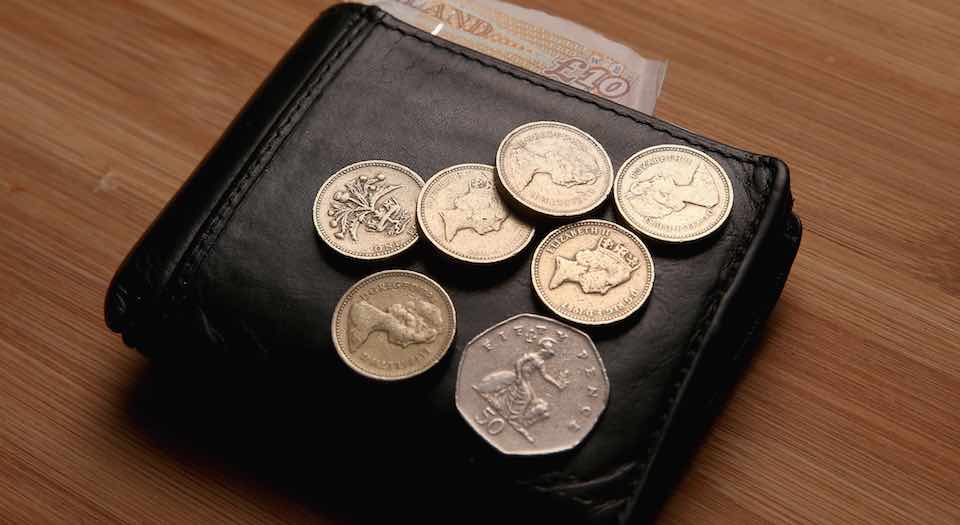 In November last year, the UK government published a Green Paper on corporate governance. This is not the sexiest of topics, but it did set alight the passions of the Equality Trust (established by Richard Wilkinson and Kate Pickett, authors of The Spirit Level: Why More Equal Societies Almost Always Do Better). The trust has published a report claiming that CEOs earn around 386 times more than the national living wage.

So are the ‘fat cats’ getting fatter while the rest of us are just about managing? Wilkinson and Pickett certainly think so. Low pay (and its corollary, ‘excessive pay’) is very much of the moment in policymaking circles. We might call it the politics of incomes. From minimum wages and living wages to universal basic income and the recent u-turn on taxing the self-employed, we’ve never been more obsessed with what people do and don’t get paid. Indeed, this week, Labour leader Jeremy Corbyn tried to overcome his poor poll ratings by pledging a £10-an-hour minimum wage.

No longer does the minimum wage spark controversy about the impact it might have on jobs. The national living wage is now regarded as right and socially responsible. Advocates of a universal basic income (UBI) have been emboldened by the acceptance of these previous schemes. In Scotland, Glasgow and Fife are now considering implementing a UBI. The Netherlands, Canada, India and Finland are piloting it, too.

But not all proposed income schemes have been so popular. In January, in the course of a single day, Corbyn infamously backtracked from calling for a ‘maximum wage’ to making a vague demand for restrictions on high executive pay, implementing higher top-rate taxes, and enforcing caps on pay differentials in firms. He couldn’t even claim these ideas as his own. Before she became prime minister, Theresa May advocated the publication of firm’s pay differentials and other pay-fairness measures.

There are all sorts of problems with these income-based utopias. Critics argue that the government is already effectively subsidising poorly performing businesses through benefit payments to underpaid workers, and that the introduction of a UBI would do little to fix this problem. As a recent Guardian editorial said, if set too low, UBI could also act as a subsidy to low-paying employers. But if set too high, it would be a disincentive to work (and would encourage the notion – especially among young people – that poorly paid work is beneath them).

How do we know if any of these income schemes even work? Guy Standing, economist, author and co-founder of the Basic Income Earth Network, looked at basic-income pilots in the US and Canada going back to the 1970s. He says they led to improved school attendance among poorer families, and also had mental-health benefits while decreasing crime, behavioural disorders and substance misuse. So, UBI is as much about experimenting on people, in essence; as much about managing their lifestyles as about providing a decent standard of income for all.

On the surface, the discussion of incomes seems to be driven by an egalitarian sentiment. ‘We cannot have a CEO paying less tax than the cleaner’, says Corbyn. ‘[W]e don’t want [to] turn Britain into a bargain-basement economy on the shores of Europe where we continuously reduce corporation taxation [and] encourage a low-wage economy.’ But it is Corbyn’s bargain-basement egalitarianism, rather than corporate pay, that is the real problem. Despite the stagnation of wages and rising prices over the past decade or so, it seems that, according to Corbyn, the best we can hope for is putting a cap on what the richest earn. It’s hardly inspiring.

At less than five per cent, unemployment today is at its lowest since the 1970s. But wages are growing slowly – less than two per cent in the past year – and this rise is more than cancelled out by rising inflation. Consequently, living standards are stagnant, if not falling. Much of the new work created over the past decade has been through self-employment. Self-employment levels increased from 3.8million in 2008 to 4.6million in 2015. While this in part reflects a rise in insecure work, and a reluctance among employers to put people on contracts, it also suggests that some are choosing to use their initiative and strike out on their own.

Corbyn, and many on the left, fail to recognise this ambition. ‘This is not about limiting aspiration or penalising success’, Corbyn insisted on the day he announced (and then shelved) his maximum-income policy. But it really is. Instead of seeking to impose a ceiling on the pay of the wealthy few, he should be calling for higher pay for all, and much higher than the measly £10 an hour he’s now pledging. Corbyn’s plans reveal the dearth of aspiration in the income debate. The left has given up on dramatically improving living standards and instead just indulges its paternalistic, regulating impulse. Left-wingers today would rather hold back enterprise than unleash it.

These various income schemes are always put forward by academics. But why should they decide what working people get paid? This never used to be an academic question. It was a point of political contestation – occasionally even violent confrontation – between employers and workers. The defeat of the trade-union and labour movements in the 1980s put an end to that. Today, there is a tendency to look to the state or expert committees to decide what working people should earn. The minimum wage is worked out by the supposedly independent Low Pay Commission and set by government. Don’t workers get a look-in?

Today, being a lefty seems to mean defending the tax system and waxing lyrical about ‘fat cats’. It is surely time we challenged the assumptions of these supposed champions of people on low incomes. If we are to go beyond the basics and maximise our earnings, then we need to get to grips with the underlying cause of stalled living standards and insecure working lives. We need to be much bolder, and more ambitious, than those coming up with low-horizon schemes. Any new ideas to improve people’s standard of living should be encouraged, but if the British economy can’t generate enough well-paid work to go around, it really will just be another academic exercise.