Behind the phoney war over Gibraltar

The biggest Brexit battle is still at home. 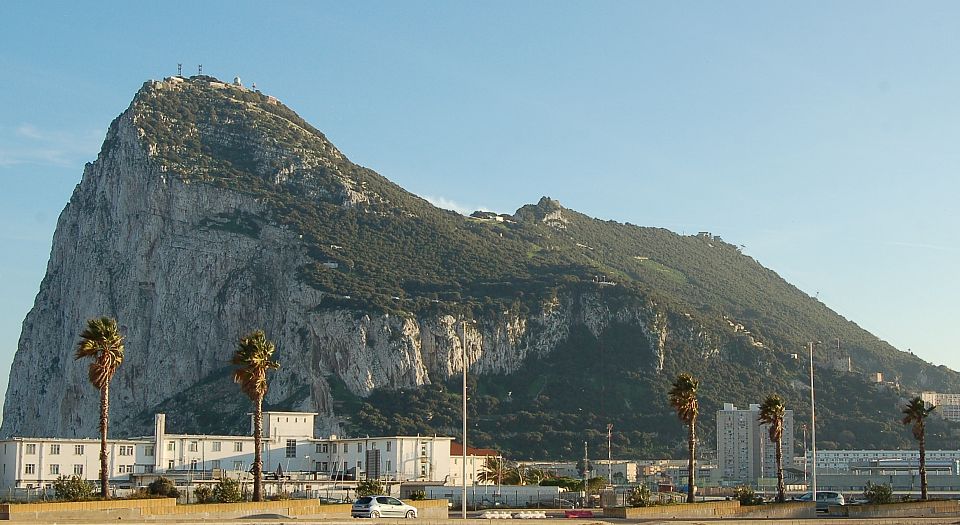 To judge by recent headlines you might imagine that a British Armada was about to set sail for Gibraltar, to repel Spanish invaders from the UK protectorate. It began with European Council officials insisting that future sovereignty over the disputed territory would have to be included in the forthcoming Brexit negotiations, implying that Spain might have a veto over any deal between the EU and UK.

This had British politicians on both sides of the debate reaching for their rhetorical weapons, with Labour and Lib Dem Remainers insisting the row showed the terrible damage to the UK’s status wrought by Brexit, while Tory Leavers vowed to stand firm for Britain and Gibraltar.

This is a phoney war. As prime minister Theresa May says, channelling Winston Churchill, there may be ‘jaw-jaw’ with Spain, but ‘war-war’ over Gibraltar seems about as likely as France invading the Channel Islands.

The Gibraltar row does, however, confirm that there are bigger Brexit battles ahead: not just with other European governments and the EU bureaucracy, but on the home front. Since May finally triggered Article 50 last week and declared there is ‘no turning back’, many appear to have assumed that the battle of Brexit within the UK is over.

That assumption dangerously underestimates the determination of the anti-democratic Remainer elites. They do not accept the referendum result today any more than they did last June. Their opportunistic efforts to talk up the Gibraltar dispute as a disastrous result of Brexit confirm that these powerful people will seize every opportunity to disrupt and divert the process, and use every weapon at their disposal to make Brexit appear as bad as possible, in the desperate hope of derailing it altogether. They are prepared to sacrifice not just the unimportant Rock of Gibraltar but the bedrock of British democracy to serve their cause of remaining part of the EU club of political elites.

Gibraltar itself is a side issue in all this. Some might reasonably think that Spain has a legitimate claim to have a say on a promontory attached to its territory; in geographical terms, the claim that Gibraltar is British might seem as far-fetched as, say, the suggestion that the Canary Islands off the coast of Africa or two enclaves in Morocco are part of Spain.

On the other side, some will point out that Gibraltar has been British for more than 300 years, long before the European Union was even a twinkle in Napoleon’s eye; though the fact that Britain first occupied the Rock as part of a war in which the Royal Navy fought alongside the Dutch in a bid to install an Austrian archduke as the king of Spain might paint that history in a less glowingly patriotic light.

But either way, one thing should be clear to all: the Gibraltar dispute has nothing whatsoever to do with Brexit. The referendum vote to withdraw from the EU was about the sovereignty of the British people over the entire United Kingdom, not about who rules a little rock in the Med. The vote to leave the EU does not imply that Britain should withdraw from Gibraltar, any more than it means Glasgow or Greater London should secede from the UK.

These issues have been falsely conflated for domestic political purposes by those who fear and loathe Brexit. The lack of any real connection between them was well expressed by the 30,000 residents of Gibraltar themselves who, in two separate referendums, first voted overwhelmingly to remain under British rule, and then overwhelmingly for the UK to remain in the EU.

In trying to tie Gibraltar to the Brexit talks, the EU authorities are chancing their arm – and in the process demonstrating, yet again, their cynicism and contempt for the expressed democratic will of a European electorate. These bureaucrats will do whatever they can to enhance their own hand in the negotiations and make Brexit as unattractive as possible. We should expect nothing less from the likes of democracy-detesting European Commission president Jean-Claude Juncker, who said of the French referendum on the EU Constitution that ‘If it’s a Yes, we will say “on we go”, and if it’s a No, we will say “we continue”’. He has also suggested that Eurozone economic policy was best left to technocrats because ‘We all know what to do, we just don’t know how to get re-elected after we’ve done it’.

What is more striking than the predictable posturing from the EU over Gibraltar is the way that the inflated ruckus was seized upon by the Remainer elites within the UK as proof of the dreadful consequences of Brexit. They would far rather side with the EU commissioners and committee men than with 17.4million UK Leave voters.

In this, the Gibraltar phoney war has become a symbol of the bigger battles still to be fought. Everybody agrees that there are tough fights ahead in the negotiations between the British government and the EU. But many underestimate the battles that still need to be fought on the home front, against powerful Remainers in the political-media elites who hope at best to make Brexit so bad that it might yet be rejected, and at worst to undermine the government and force May and Co to make more concessions.

Even before the Gibraltar business blew up, this should have been clear in the immediate response of the Remainer media to May’s belated triggering of Article 50 last week. As reported on spiked, it should have been a great day for democracy. But that wasn’t quite how it was immediately headlined by those who, it seemed, were wishing they could be governed by Mutti Merkel rather than Headmistress May: ‘Brexit: EU condemns May’s “blackmail” over security cooperation’ (Guardian); ‘Angela Merkel rejects one of Theresa May’s key Brexit demands’ (Independent); ‘Cheap housing gives Frankfurt and Brussels the edge as alternative to London’ (Grauniad again); ‘The ins and outs of trying to reverse Brexit’ (The Times).

We should expect much more of this sort of doom-mongering in the months and years ahead, an attitude summed up by former pop star Lily Allen’s pathetic but widely cited tweets: ‘Brexiteers: from tomorrow YOU are responsible for everything bad that happens in the UK!’

These elitists simply refuse to recognise the expressed will of the people. They agree with former Tory prime minister John Major’s arrogant dismissal of the referendum because ‘the tyranny of the majority has never applied in a democracy’. Indeed some, like former New Labour spin doctor Alastair Campbell, appear to believe that their minority should actually count as a majority. ‘I know I am in a minority in thinking Brexit can be stopped, but I’m not in a minority in thinking that it should be’, Campbell told the recent pro-EU march in London, presumably on the Orwellian ground that some voters are more equal than others.

(In reality that ‘Unite for Europe’ march seemed a fair indicator of the lack of passionate popular support for the Remainer elite. Organisers had pledged to hold ‘the biggest protest march in modern British history’ and bring 750,000 on to the streets of London. That boast was quietly forgotten on the day as they sought to boast about ‘tens of thousands’ reportedly having turned out.)

The Remainer elite will seize on any issue to disrupt, dilute or discredit Brexit, from sovereignty over Gibraltar to Scottish independence. Shadow home secretary Dianne Abbott even stooped so low as to link the referendum campaign to the attack on a Kurdish-Iranian asylum-seeker in Croydon, south London (an area which, by the way, voted 54 per cent to Remain, as if that had anything to do with it).

All of which should remind us that while May might have triggered Article 50, we are a long way from B(rexit)-Day yet. The war may not necessarily be over, even after the slender lady sings. Anybody who imagines otherwise is underestimating the bitter anti-democratic forces at the top of British society – and possibly overestimating the trust to be placed in a government that is itself led by erstwhile Remainers.

For inspiration in the battles to come, perhaps we should look instead to punk idol turned ‘national treasure’ Johnny Rotten/Lydon. Holed up in his LA home during the EU referendum, Mr Lydon appeared an unlikely part of the establishment consensus, announcing that it would be ‘insane and suicidal’ for Britain to vote to leave the EU – ‘an act of cowardice’ that would lead to ‘collapse’. Now Rotten has come over here, sniffed the way the wind is blowing, and come out as a born-again Brexiteer because ‘the working class have spoken and I’m one of them and I’m with them’. A battle-cry not so much for Anarchy, as for Democracy in the UK.