Putting Brexit back in its box

The brutal attack on a refugee in Croydon is being used to undermine Brexit. 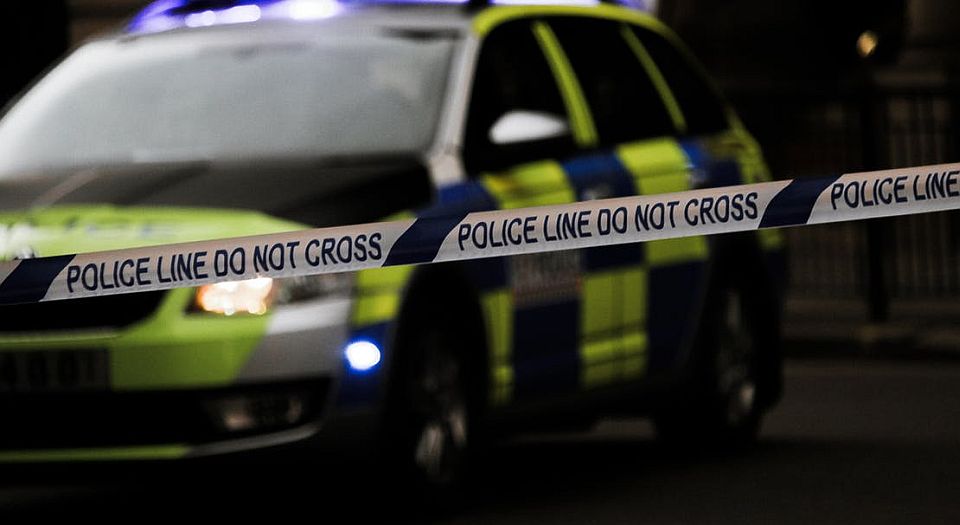 In the south London borough of Croydon, just before midnight on Friday, three teenage boys were set upon up by a large group of young or young-ish people. Two of the boys escaped with minor injuries, but one, a 17-year-old, was left with a fractured skull and a blood clot in his brain. He is currently in a serious but stable condition – although doctors stated on Sunday that his injuries are not life-threatening. So far, the police have arrested 11 people, charged five and are looking for three more.

But there’s one key detail which has transformed this attack from a merely horrible incident into something else. The boy is a Kurdish-Iranian refugee, something his attackers allegedly ascertained before attacking him. And with that detail the crime gains a prefix – hate – and a seemingly far deeper significance. It is no longer simply a crime driven by motives yet to be established; it is reported as a hate crime, a crime driven by ‘prejudice’ towards the victim on account, in this case, of his race and probably his religion, too. And with that, it becomes a crime of general rather than particular significance; a crime supposedly produced by social attitudes, rather than individual motivations; a crime that generates national rather than local news headlines; a crime deemed worthy of comment by the London mayor, Sadiq Khan, and Labour leader Jeremy Corbyn, rather than just the local authorities.

Thus constructed as a hate crime by the police, who have described it as such, and the media and politicians, who have responded to it as such, this horrible incident, about which little has actually been established, has effectively been instrumentalised, politicised. It has become a means to condemn not just the perpetrators, but those who supposedly share, at some level, the attitudes, the ‘hate’, of the perpetrators – those, for example, critical of government immigration policies, those who feel uncomfortable with multiculturalism, those who express nationalist views. These are the haters in our midst.

And here we see why the Croydon assault, almost before any real detail has emerged, has sparked such lurid fascination among the political and media class. Because, having been constructed as a hate crime, it can therefore be unthinkingly attributed, at some level, to Brexit. After all, as commentators and politicians have never tired of reminding us, Brexit has given xenophobia a license to act, racism a legitimacy, hate encouragement. It stands, no matter how distantly, as the source of the Croydon assault. Diane Abbott, the shadow home secretary and prominent Remainer, was one of the first to read from this all too prevalent cultural script. ‘Sadly’, she said, ‘[the Croydon assault] is not an isolated incident but part of a sustained increase in hate crimes… With right-wing politicians across the world scapegoating migrants, refugees and others for their economic problems, we are seeing a deeply worrying rise in the politics of hate. We must make clear that there is no place for anti-foreigner myths, racism and hate in our society.’

She didn’t mention Brexit by name, but then she didn’t need to. It’s there by inference, an accepted catalyst among liberals and leftists for the ‘deeply worrying rise in the politics of hate’. This was more explicit on that refuge for the right-thinking: Twitter. There, countless tweeters posted reports about the Croydon attack simply with the hashtag ‘#Brexit’. Others, linking to reports on the assault, put up images of Nigel Farage’s infamous ‘breaking point’, EU referendum poster, which showed a human train of Syrian refugees heading, presumably, towards us. The implication was clear: the visual and verbal rhetoric of the Brexit campaign has encouraged and inspired the likes of the Croydon attackers. Or as journalist Tanya Gold tweeted of the Croydon assault, ‘words have consequences’.

But, while those politically opposed to Brexit and committed to the status quo keep telling us that hate is on the rise post-Brexit, that ‘hateful’ attitudes have been given license to flourish by the words and images of political campaigners, reiteration doesn’t make something true. Leaving aside the highly politicised construction of the category of hate crime, there is no real evidence that people in the UK have become more hateful towards immigrants, asylum seekers, foreigners, minorities or whoever thanks to ‘right-wing’ politicians, inflammatory rhetoric and dodgy posters. Yes, there is the constantly reported, and alluded to, spike in hate crimes post-Brexit (which Al Jazeera helpfully includes in its report on the Croydon assault). But, as we’ve pointed out before on spiked, that ‘spike’ was created by two acts: the first was the official (and unofficial) solicitation of reports of hate crime after the referendum (because if you ask people to report something, you’re obviously going to get an increase in people reporting something); and the second was the police hate-crime-recording criteria, namely that ‘the perception of the victim [is]… the defining factor in determining whether an incident is a hate incident… The victim does not have to justify or provide evidence of their belief, and police officers or staff should not directly challenge this perception.’ In other words, the authorities first called upon people to phone a hate-crime hotline after the EU referendum, causing the rise or ‘spike’ in alleged hate incidents, then automatically treated all the reports as crimes regardless of evidence.

What’s striking is that so few in the media or on Twitter question the supposed rise in hate crime post-Brexit. But their credulity is not surprising. That’s because they want this narrative to be true. They want it to be true that we are in the midst of an epidemic of hate and intolerance. They want it to be true that the Croydon assault, despite knowing very little about those who carried it out, was somehow an expression of Brexit hysteria. And they want all this to be true because they are desperate to create the impression that Brexit was a decision driven not by political concerns and aspirations, but by irrational, emotional impulses, electrified by resentment and, crucially, hate. They want this to be true, because it delegitimises the Brexit vote; it undermines the views of those who supported the UK leaving the opaque political structures of the EU; and, ultimately, it transforms a swathe of political opinion into, well, a hate-crime-in-waiting.

And yet it just doesn’t add up. Beyond the dubious statistics and methods involved, beyond the shameful, political exploitation of nasty but rare violent incidents, where is all this hate crime? Where are all these attacks on immigrants? Where is the emboldened far-right? Indeed, on Saturday, the English Defence League and Britain First, the UK’s two leading far-right groups, staged a ‘March against terrorism’ in central London. Perfect timing, right? Article 50 has been triggered, and the Westminster attack, by a radicalised Muslim convert, is fresh in people’s minds. Yet despite this, Britain’s premier purveyors of hate, as their critics would have it, managed to amass a grand total of… 300 people. That is the utterly insignificant reality of the far-right, or ‘organised hate’, in post-Brexit Britain.

But then the peddlers of the post-Brexit hate-crime narrative aren’t interested in reality. They’re immersed in their own alternative dystopian fantasy, in which demagoguery and low-information voters have combined to hateful, sometimes violent, effect. And this fantasy enraptures them because they long to re-sanitise political debate; they long to outlaw and criminalise certain political opinions; and they long to put Brexit back in its box. It won’t work.