The boy from the Bogside who took on the British

To many of us in Northern Ireland, Martin McGuinness was a hero. 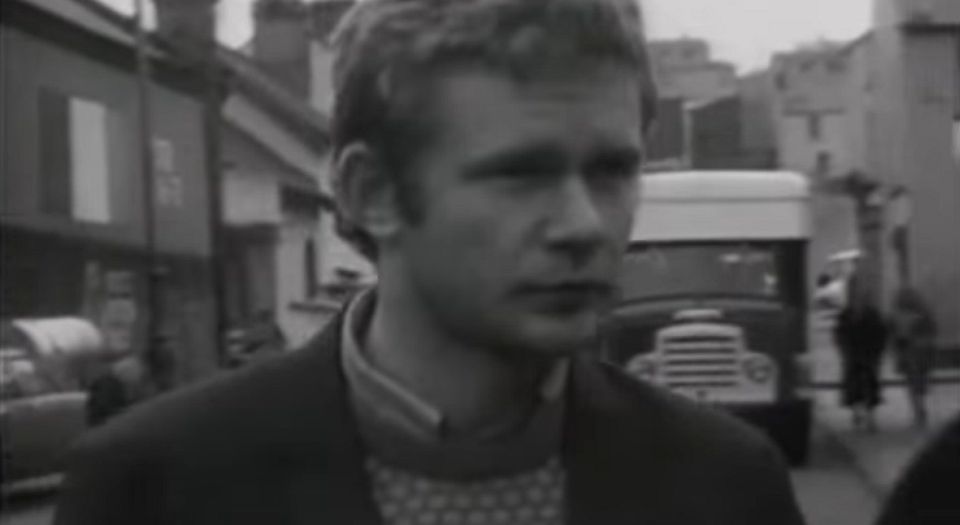 From Arlene Foster, leader of the Democratic Unionist Party, to Tony Blair, John Major and Ian Paisley Jnr, there was a rare moment of agreement in the politics of Northern Ireland yesterday. Martin McGuinness, they all agreed, was a bad man who turned good.

He was a man of war who turned into a man of peace. He was an evil terrorist in his early life, but he found a degree of redemption by playing a key part in building the peace process and renouncing violence. This has been the dominant media narrative of the past 24 hours. It is as if there were two Martins: the savage IRA man and the noble peacemaker. Such was McGuinness’s rehabilitation with the British establishment in his later years that the queen sent his widow a message of condolence yesterday, and Jonathan Powell, who was chief of staff to Tony Blair, revealed that he invited McGuinness to his wedding.

For me, however, there is only one Martin McGuinness. And unlike almost everyone who spoke to the media yesterday, I admired his early life more than his later life as one of the architects of the so-called peace process.

Martin McGuinness was born in Derry in a then Orange state that did not want his kind: he was a Catholic. In the Six Counties, Catholics suffered discrimination in housing and jobs and were denied political equality. Such second-class treatment was especially pronounced in Derry City, where the electoral boundaries were gerrymandered to ensure a permanent majority of Protestant Unionist representatives in what was clearly a majority Catholic, nationalist town.

The British government was quite happy to oversee a situation where multiple votes were awarded to wealthy Protestant landlords, giving Unionists a clear electoral advantage over Derry’s majority working-class Catholic population. This blatant gerrymandering and discrimination gave rise to the famous slogan of the civil-rights movement that emerged in the late 1960s: ‘One Man, One Vote.’ McGuinness joined this movement.

Its demands were utterly modest and reasonable: for equal voting rights and an end to anti-Catholic discrimination in housing and jobs that created a situation where a Catholic was more than twice as likely as a Protestant to be unemployed. Imagine the outcry there would be today if such inequality existed in any part of the UK. Yet the late Sixties peaceful marchers for civil rights were met with brute force by a sectarian police force that was later joined by British soldiers using lead bullets. The response by British forces to Derry Catholics’ peaceful demands was internment without trial and incidents like Bloody Sunday in January 1972, when 14 unarmed demonstrators were shot down in cold blood by the British Parachute Regiment.

These events, barely mentioned in the establishment eulogies to McGuinness, explain why McGuinness and others like him got involved in politics and then eventually joined the Irish Republican Army (IRA). He concluded, as did many young men in Derry and Belfast, that if they could not achieve equal rights through peaceful demonstrations, then they would have to do away with the sectarian Unionist state that gave rise to and institutionalised their discrimination.

Born into extreme deprivation in the working-class Bogside of Derry, McGuinness made a very conscious decision to join the IRA and lead resistance to British rule in Ireland. ‘It will be the cutting edge of the IRA that will bring freedom’, he once declared. Leaving school at 15 to become a butcher’s assistant, he agitated for civil rights, involved himself in republican politics, and soon found himself commander of the IRA in Derry, taking on the full might of the British military presence. Explaining why he took up armed struggle, he said: ‘There are limits to what you can do with bricks and bottles when you are being confronted with lead bullets. I made a conscious decision to join the IRA to become more effective in our struggle.’

Even when he later entered the political terrain, taking a leading role in Sinn Fein, McGuinness consistently defended the right of the IRA to use force against the British military and its local militarised allies. This made him enemy No1 for the British government, military and media, who constantly sought to demonise him. But the truth is that to tens of thousands of people in Northern Ireland, including me, he was a hero. We found his defiance inspiring. He was labelled a terrorist in Britain, but to us he was a freedom fighter. Terrible things happened during the 25-year war over Northern Ireland. Many people died, including many of McGuinness’s friends and comrades. But he never shirked from defending the legitimacy of the struggle for self-determination in Ireland, no matter how much the British hated him for it.

Ironically, he foresaw the plaudits he would receive after his death, often making the point that the British establishment always labels those who challenge British colonialism as ‘murderers’ and ‘terrorists’, only later to accept the legitimacy of their struggle, or at least to involve them in the political process. He once pointed out that the men and women of 1916, whose actions gave rise to an independent Ireland (though with six of its northern counties partitioned off), were branded ‘terrorists’, too. Growing up in republican West Belfast, I admired him for his principled and articulate defence of the right to oppose British rule by any means necessary. In another memorable interview, he declared: ‘Reports that I am chief of staff of the IRA are untrue, but I regard them as a compliment.’

While observers are right to say that McGuinness showed considerable courage in later spearheading peace talks, many ordinary republicans who had supported his earlier struggle remain less than enthusiastic about the terms of the ‘peace process’. As Bernadette McAliskey said at the time of the IRA ceasefire in 1994 and the start of the peace process: ‘The war is over and the good guys lost.’ This defeat became horribly clear when Sinn Fein agreed to share power in a devolved government of a partitioned country. This was a very long way from the united Ireland people had fought for.

Author and former IRA member Tommy McKearney was right when he said the IRA campaign did not achieve a united Ireland, but it did achieve equality. There was no shame or disgrace in ending the armed struggle short of its key goal, and I, like many others, welcomed the peace and looked forward to a struggle of a different kind. But honesty about this situation, and the compromise it has involved, has been lacking in the leadership of Sinn Fein.

Instead of conceding defeat and starting a fresh debate about how to achieve a united Ireland, Sinn Fein’s leaders sold the Good Friday Agreement as a victory. This deceit has demoralised many former grassroots activists who realised that the goal of a united Ireland had been put on hold, indefinitely. Pragmatism rather than principle is the driving force behind Sinn Fein today. Note, for example, that Sinn Fein was always strongly anti-EU, prioritising national sovereignty, and yet recently it has become very pro-EU and very anti-Brexit. Such flip-flopping is a long way from the principled positions of the young Martin McGuinness.

I shared words with McGuinness on several occasions over the years. Most recently I talked to him at conferences in London and Belfast, and challenged him over what I consider to be the dubious direction taken by Sinn Fein in recent years. He was always utterly gracious and respectful towards me, even though I was asking the awkward questions that many in Sinn Fein tended to avoid.

Years back, before the peace process, I sometimes found myself alongside McGuinness as we walked behind the coffins of IRA members who had been killed. At the funeral of Finbar McKenna on the Falls Road in Belfast, I was a few metres behind McGuinness. He was carrying the tricolour-draped coffin when the cortege was savagely attacked by scores of riot-clad RUC men backed up by British soldiers. In the chaos, mourners scattered everywhere to avoid the blows of the police and soldiers. McGuinness, however, stood his ground. He climbed on top of the funeral hearse and rallied the mourners back to protect the coffin, which had almost been knocked to the ground in the mayhem. Within minutes, hundreds of us had managed to make a tight seal around the coffin and cortege to protect it from further attack as we proceeded to the Republican Plot at Milltown Cemetery.

That is the incident I will remember McGuinness for: compassion for McKenna’s family, concern for the mourners, and defiance towards the RUC. McGuinness was a good man, before and after the peace. And make no mistake about it: the thousands who took to the streets of Derry, Belfast and across Ireland last night to mark this great man’s passing were there to celebrate the whole of his life – the boy from the Bogside who led people in resistance against discrimination and oppression.