The Dutch revolt against the politics of fear

Dutch voters said No both to the establishment and its critics. 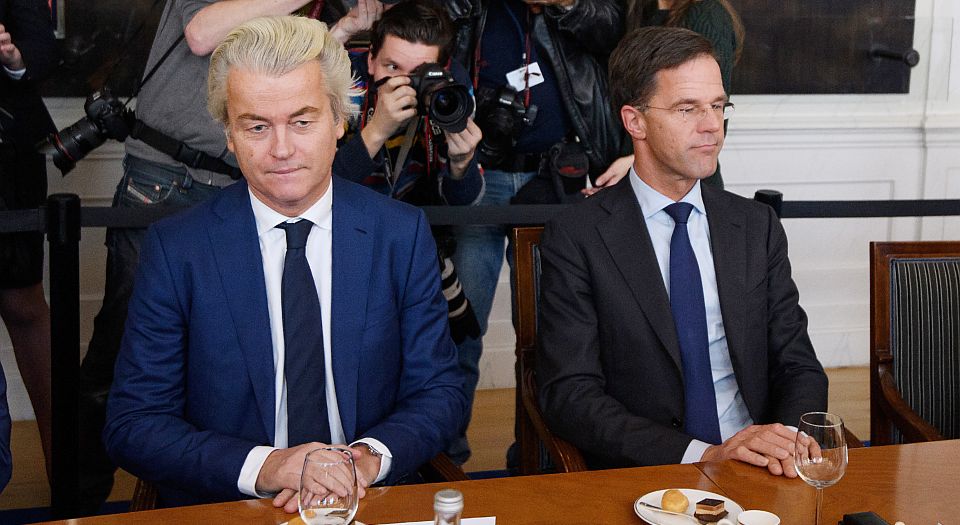 The Dutch election result is being discussed as a victory for the European Union. That the anti-Islam right-winger Geert Wilders didn’t do as well as expected, coming second to PM Mark Rutte’s mainstream conservative liberal party, is held up as a win for reason against the populist surge of recent months. The reality, however, is rather different.

The Dutch election has shown how damaging the culture of fear can be to our perception of reality. For months now, Western public life has been in the hands of various scaremongers and agitators, all trying to convince the public that we are heading for some terrifying, final political battles. On one side there is the likes of Wilders, claiming we are on course for war with rampaging Islamists; on the other we have the so-called liberal left and conservatives warning of the rebirth of nationalism and Nazism. What both sides share in common is an obsession with fear and decay, be it a result of neo-Nazis, Muslim mobs, climate change, or whatever.

More and more political developments are pushed into this emotionally polarised narrative. Wilders is a return of fascism, say his critics; Islamism is the real return of fascism, says Wilders and others on the anti-Islam right. What we have is a grand coalition of fear, with all sides appealing to a sense of cultural insecurity rather than to political ideals and aspirations. As a result, the space for real political thinking, for alternative visions, has been shrinking for a long time.

This growing reliance on fear both springs from and intensifies the sense of no alternative, the politics of TINA – There Is No Alternative. In fact, this is the great paradox of TINA: it generates the very political and social turmoil that it claims to want to avoid. Through eschewing ideological debate and effectively sedating the public, or at least public life, and through elevating technocratic concerns over political ones, the era of TINA struggles to engage people in politics. And so it becomes increasingly necessary to shock and scare people into action; to use heightened emotion and fear in the absence of the political ideals that might once have been marshalled during elections and in public discussion.

What is positive about the Dutch election is that voters seem to have refused to be drawn into this polarised agenda. They rejected, to varying extents, the scaremongers and agitators on both sides in the grand coalition of fear. They neither lined up in huge numbers behind Wilders, as many feared they would, nor gave mass support to Rutte’s governing coalition. Indeed, Rutte’s partners, the social democrats, lost 29 seats, and Rutte’s own party lost eight. The election was presented as a victory for ‘sensible’, pro-EU politics against the new populism, but this is a fantasy. In truth, neither side, neither the anti-Islam fearmongers represented by Wilders nor the anti-populism fearmongers represented by Rutte, succeeded in winning over a majority of the public.

Wilders’ failure to score is very noteworthy. Bearing in mind the widespread fear about terrorism and the general discomfort in Europe with the status quo, the inability of Wilders to make significant inroads is telling. It suggests that while there is a populist sentiment in Europe right now – that is, a desire to move beyond technocracy and into a better, more democratic political era – the new (or old) right-wing parties are not always able to get mileage out of it. The political disappearance of UKIP post-Brexit, the shrinking chances of Marine Le Pen, the troubles facing Alternative für Deutschland: it all shows that if you cannot convince or inspire, or develop future-oriented ideas, then you will not make a connection with people. Like the establishment they oppose, the new populist parties are failing to connect.

The winners in this election are the Dutch people. They were asked to choose between two versions of fearmongering, and they largely refused to do so. If there is a message for Europe from the Dutch election, it is this: You don’t have to indulge the black-and-white polarisation between exhausted establishment politics and the new cynical anti-politics. You can signal your displeasure with both. Unease with the status quo does not translate into backward nationalism or xenophobia, or acquiescence to what currently exists. This election reminds us that no institution or party in Europe has yet been able to meet people’s positive aspirations for better politics, and that everything is still up for grabs.