The case against #indyref2

The UK can offer much more to Scotland than the EU can. 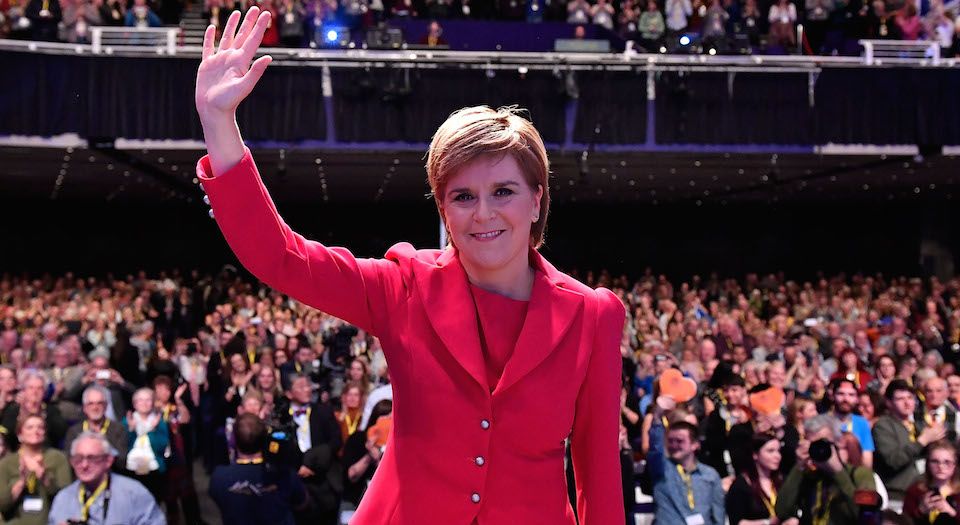 Beautiful country, Scotland. Loads of wide open spaces, thanks to having just one-sixth as many people per square mile as England. Loads of mountains, islands and greenery. The cities aren’t bad, either. The capital, Edinburgh, has a ruddy great castle in the middle of it. How cool is that? There have been plenty of smart Scots too, from Enlightenment figures like Adam Smith and David Hume, to inventors and scientists like John Logie Baird and Alexander Fleming; and modern research breakthroughs, like those at Roslin Institute which gave us Dolly the Sheep. Moreover, unlike in London, you don’t need to take out a mortgage to buy a drink in Glasgow or Edinburgh. I’ve voted with my feet and moved back.

Today, the big debate in my adopted homeland is the question of independence from the rest of the UK, despite there having been a referendum on the matter less than three years ago which produced a clear majority (55 per cent) for remaining, on a record-breaking turnout of 84.5 per cent. Prior to that vote, leading nationalist politicians like the former first minister, Alex Salmond, and his successor, Nicola Sturgeon, were calling the referendum a ‘once in a generation’ opportunity to achieve independence. Much too soon, they seem to be putting the question to the people again.

Of course, there has been a ‘material change’: the UK-wide vote to leave the European Union last June. While Britain as a whole voted 52 per cent to leave, there was a clear majority in Scotland in favour of staying: 62 per cent of Scots backed continued membership. As a result, nationalists are calling for another vote, claiming that internationalist Scotland is being dragged out of the EU by insular England and Wales.

An obvious riposte is that one consequence of the referendum on independence in 2014 is that Scotland agreed to accept the result of UK-wide votes, whether it be general elections or referendums. Despite an overwhelming majority of Scots voting to stay in the EU, the political framework confirmed by the vote in 2014 means the result should be accepted. The argument put forward by the Scottish National Party (SNP) now is that Scotland should get a chance to leave the UK and remain part of the EU. But it is far from certain that the EU would allow Scotland to stay. Other European countries have their own problems with separatist movements, particularly Spain, where Catalonians and Basques have very active movements for independence. Allowing Scotland to stay or to have some kind of special deal after Brexit would only embolden such movements.

Even if Scotland were allowed, in principle, to stay in the EU, Scots would then be faced with a choice between two unions: the European Union and the United Kingdom. On what basis would Scots decide? If the question were down to economics, it is a no-brainer: the economic ties between Scotland and the rest of the UK are far greater than between Scotland and the EU. According to the Scottish government’s own figures, Scotland has exports worth £50 billion to the rest of the UK, but just £12 billion to the EU. Scotland has the benefit of a relatively strong shared currency, too.

More importantly, there is the question of control. True, in an independent Scotland, the government and parliament in Edinburgh would have more control over non-devolved areas of policy like welfare, defence and foreign affairs. But it would remain within the undemocratic EU, which is already talking of having more of a common defence and foreign policy. How much independence an independent Scotland would actually have in the EU is questionable.

One of the questions frequently thrown at people like me – who voted to leave the EU but would like Scotland to remain in the UK – is that if we believe in getting out of one union, the EU, why shouldn’t Scots vote to leave the other – the UK? But the two unions are completely different. The UK is a 300-year-old arrangement built on a shared language, economy and culture. Scotland has its fair share of representatives in a UK parliament that can hold the government to account. At the same time, many important policy areas – like health, education, the law, policing and many more – are devolved to the Scottish Parliament at Holyrood. The SNP is the third-largest party at Westminster and has significant influence. For example, despite promising to avoid voting on English-only matters, the SNP helped to block an extension of England’s Sunday trading hours in 2016 – despite the fact that those extended opening hours for shops already apply in Scotland.

In the EU, laws are decided by the European Council (the 28 heads of state) and drawn up by an unelected European Commission. The directly elected part of the EU, the European Parliament, cannot initiate legislation. The commission is accountable to the parliament, but in reality the legislature is, for most practical purposes, a rubber-stamping institution. The influence of citizens over EU policy is much weaker than within nation states. More broadly, the economic, cultural and linguistic connections are weaker, too. There is little sense of a European demos. If Scotland were in the EU, but not in the UK, there would be numerous other problems to resolve, from the question of border controls to which currency an independent Scotland would use. If the complications of Brexit are hard enough, the practical difficulties for Scotland in leaving the UK would be much greater still.

Nonetheless, Scotland could easily survive as an independent country. It might be a wee bit poorer outside the UK, especially with North Sea oil production dwindling. But if there were a genuine passion for independence, that shouldn’t matter. Economic arguments against independence are patronising. When they were tried in the form of the infamous ‘Project Fear’ during the 2014 referendum campaign, they went down like a cup of cold sick with Scottish voters. When the referendum campaign started there was a large majority against independence. By polling day, it was ‘squeaky bum time’, as Manchester United’s Scottish former manager Sir Alex Ferguson might say. In the end, the vote was decisively in favour of the union, but it had been in doubt at times before the vote. When repeated in the EU referendum, ‘Project Fear’ – that Britain couldn’t survive alone in a ‘global world’ – was an utter failure.

Rather than insult Scotland as too feeble to survive on its own, there needs to be a positive case made for the United Kingdom: it has brought together people from separate countries to form a successful economic and political union, without stomping on national differences. All the overhyped claims made for the EU, about bringing peace to previously wartorn Europe, are actually much truer of the way the UK has brought about a lasting peace, particularly between England and Scotland. (The thorny issue of Ireland is another matter.) While there will always be good-natured banter between the English and the Scots – I’ve been on the receiving end of a good deal of it living in Edinburgh – real conflict has long since been consigned to history.

The SNP’s search for independence within the EU is a misguided illusion. There is no good case for ‘#indyref2’. Scotland has many things to be proud of – including creating and sustaining one of the most successful and enduring unions in history. Let’s not break it.