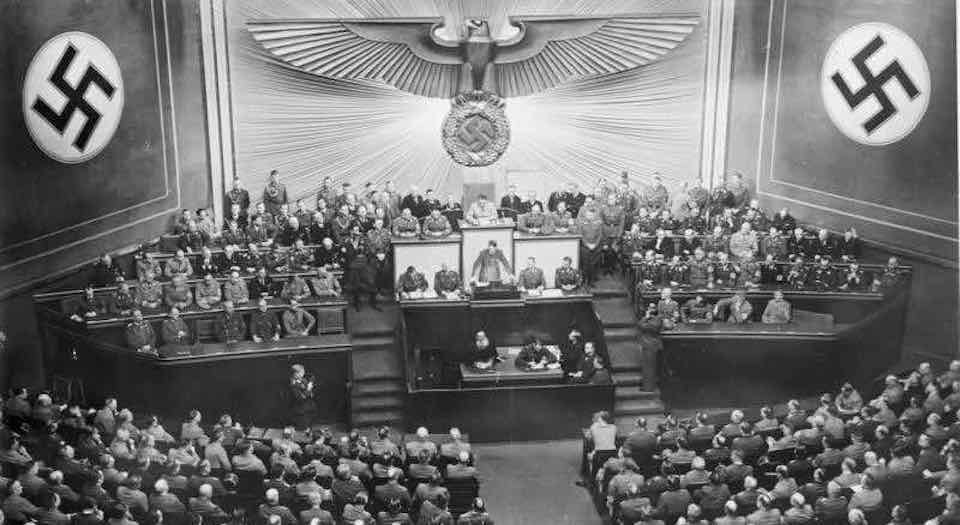 Kershaw’s lesson from the 1930s

Ian Kershaw’s Hitler, 1889-1936: Hubris reminds us of the vital importance of defending democracy.

There is a common misconception today that fascist rule in Germany in the 1930s and 1940s was an outcome of the ‘will of the people’ and that ‘too much democracy’ led to the meteoric rise of Hitler. Ian Kershaw’s Hitler, 1889-1936: Hubris, published in 1988, shows that, on the contrary, the Nazis only succeeded because the ruling class was all too ready to turn its back on a fragile democracy.

In fact, Kershaw’s study shows how facile is today’s claim that ‘It’s the 1930s all over again’. Rather, it was the intense class warfare in the interwar period that led to the rise of fascism in Germany under Adolf Hitler, in Italy under Benito Mussolini and in Spain under Francisco Franco.

Kershaw’s Hitler explores the peculiar conditions that led to fascism in Germany. He looks at the impact of losing the First World War, the national humiliation of the Versailles Treaty, and the intensification of class warfare combined with an acute fear of Communism, which turned the ruling and middle classes against democracy and for authoritarian rule. It was this that gave Hitler his platform. ‘Without the trauma of the war, defeat and revolution’, writes Kershaw, ‘without the political radicalisation of German society that this trauma brought about, the demagogue would have been without an audience for his raucous, hate-filled messages’.

In 1918, the German nation was traumatised and divided. Mutinies at Kiel and Wilhelmshaven in October triggered the revolution of 1918-19. Soldiers’ and workers’ councils sprang up and mass protests demanded democratisation and an end to war, hunger and misery. The revolutionaries were brutally crushed.

Of the failed revolution, Kershaw writes: ‘The majority Social Democrats under [Reich President] Friedrich Ebert showed themselves too fearful of what was coming out of the Pandora’s box of potential social change that had been opened; too timid to trust even their own mass support; and too willing to side with the forces of the old order rather than risk more democracy.’ So the ruling Social Democrats deployed the army and the right-wing militia, the Freikorps, against the revolutionaries. Terror reigned on the streets of Germany for weeks, with thousands killed. This had a devastating long-term impact on the working class and the revolutionary left. ‘The murder of the Spartacist leader Karl Liebknecht and Rosa Luxemburg on 15 January [1919, by the Social Democrats], was the symbolic sealing of the disastrous rift within the working-class movement that throughout the Weimar Republic prevented any united front being formed against the growing threat of [the Nazis]’, Kershaw writes.

The Versailles Treaty of 1919, with its horrendously punitive reparations, made the eventual downfall of the Weimar Republic inevitable, Kershaw argues. Unable to stand up to the Allies and mitigate the devastating impact of the their demands, the republic eventually lost all credibility.

By 1923, Germany was bankrupt. The currency was ruined; the Mark fell from 60 Marks to the Dollar in 1921 to more than a trillion Marks to the Dollar in 1923. Hyperinflation rendered pensions and savings worthless. Unemployment sky-rocketed, with only 29 per cent of the labour force fully employed. People were starving. Discontent led to the radicalisation of both the left and the right; mass strikes and riots spread across Germany, and right-wing thugs attacked and murdered Communists and trade unionists. The response of the Weimar Republic was to suppress the German Communist Party, while the violence of the right was often presented as a legitimate counter to the threat of revolution.

1923 was also the year of Hitler’s failed ‘beer hall’ putsch. Despite the violence of the putschists – four policemen were killed and several Social Democratic councillors taken hostage – Hitler was sentenced to only five years in prison for high treason. He was sent to Landsberg Prison, where, as Kershaw shows, he lived more as a hotel guest than a prisoner, and served only a year of his sentence. During his stay in the Landsberg, he famously wrote Mein Kampf.

By the time Hitler was released, the far right had lost its momentum. During the economic recovery and the ‘golden years’ of the Weimar Republic up until the end of the 1920s, Hitler’s Nazi Party (NSDAP) was in the political wilderness. In the 1928 election, the Nazis got 2.6 per cent of the vote.

However, as Kershaw explains, the extreme economic crisis in 1929, and the revival of the reparations issue, ‘provided grist to the mill for the Nazis’:

‘Economic crises frequently unseat governments. It is much rarer for them to destroy systems of government. Even the extreme severity of the Depression in the 1930s was compatible in some countries with the survival of democracy – where democracy was already firmly anchored, and not undermined by a lost war. But in Germany, the “system” itself, the very nature of the state, was at stake from the beginning of the crisis. Hitler and his party were the beneficiaries of this systemic crisis of the Weimar state. Not a few among the powerful elites were awaiting the opportunity to discard the democracy they detested so much.’

Kershaw compares the fragility of the German state and its democracy to the situations in Britain and America, where, he writes ‘the elites backed the existing, and long-established, democratic system, deeply embedded constitutionally, because it continued to serve their interests’. However, he may give the British ruling class too much credit; even here democracy was suspended ‘in the national interest,’ with no general elections between 1935 and 1945.

In Germany, the middle class felt squeezed between the organised working class and the wealthy bourgeoisie, and gravitated towards the Nazis after 1929. Big business was still keeping its options open – between the then Chancellor Heinrich Brüning and the Nazis. But after Brüning’s resignation in 1932, the establishment realised it needed the support of the Nazis to restore stability and crush the working class.

The longstanding ban on the paramilitary organisations Schutzstaffel (SS), meaning ‘Protection Squadron,’ and the Sturmabteilung (SA), meaning ‘Storm Battalion’ – also known as the stormtroopers or brown shirts – was lifted in June, 1932, a month before the national elections. This ushered in, writes Kershaw, ‘a summer of political violence throughout Germany such as had never been seen before’. Armed clashes between Communists and the brown shirts were a daily occurrence, with Germany on the brink of a civil war. In the July election, the Nazis increased their share of the vote to 37.4 per cent, winning 230 seats – eight seats more than the Social Democrats and Communists put together.

The Nazis mainly gained support – the backbone of which was formed by the disaffected middle-class, businessmen, craftsmen and small-scale producers – because all the other right and centre parties were discredited, and the left was bitterly divided. Industrial production had fallen by 42 per cent since 1929 and almost nine million people were unemployed.

During the autumn of 1932, explains Kershaw, the crisis of the Weimar Republic deepened and ‘leverage over power passed increasingly into [the hands of a] small number of individuals. Behind them stood powerful lobbies – big business, estate-owners and not least the army.’ All these sections of the establishment, as well as the intelligentsia, wanted an end to democracy and the crushing of the Communists and trade unionists. ‘The German people had by this time no direct influence on the shape of the government. The attempt to emasculate the Reichstag and dispense with party rule had begun under Brüning. Under [Chancellor] von Papen it became a key principle of government’, Kershaw writes. Reich President Hindenburg was often ready to ‘send the Reichstag home for a while’, and rule by emergency decree. ‘Without the self-destructiveness of the democratic state, without the wish to undermine democracy, Hitler, whatever his talents as an agitator, could not have come close to power’, Kershaw concludes.

The irony is that the Nazis were already losing support when Reich president Hindenburg agreed to use Hitler to try to restore order. The Nazis’ support had fallen to 33.1 per cent in the November 1932 election, when the Communists and the Social Democrats together won 25 more seats than the Nazis. In January 1933, Hitler was appointed as Chancellor. It didn’t take long for him to secure total power.

Hitler succeeded in blaming the burning down of the Reichstag in February 1933 on the Communist Party. This intensified the fear of revolution among the landowners, farmers, middle classes and the ruling elite. He used this opportunity to ask for a law that would enable the government to dispense with the constitution for four years in order to deal with Germany’s problems. The Centre Party voted with Hitler, effectively handing him dictatorship on a plate.

Although the working class was ‘cowed and broken by the Depression’, the power of labour was not completely smashed. Kershaw shows that Hitler – through terror and violence – quickly succeeded in finishing off the job for which he had been brought in. He set loose the stormtroopers on his political opponents – torturing, imprisoning and murdering with impunity. Political meetings were banned. Freedom of speech, press and association were suspended. The Communist Party was banned within weeks of Hitler becoming Chancellor, and soon after the Social Democratic Party was banned. By July 1933, the Nazi Party was the only legal party in Germany.

It was not ‘the will of the people’ that brought the Nazis to power. It was the determination of the powerful elites – landowners, big business, intellectuals, academics – to destroy the Weimar Republic and democracy, that allowed Hitler to take advantage of a collapsing state. He fed off the bitterness and insecurity of the middle and ruling classes. They feared and loathed the working class and the ‘Bolsheviks’, and blamed their ‘treacherous’ rebellion for Germany’s defeat in the First Word War. The working class and the left had been divided and broken by years of repression, and the betrayal of the Social Democrats, and were incapable of withstanding these reactionary forces.

The idea that today’s political situation is akin to that of 1930s Germany – as claimed by those horrified by the Brexit vote in the UK and the Trump victory in the US – is absurd. There is absolutely no comparison – in terms of the lack of legitimacy of the Weimar state, the devastating economic conditions in Germany, or the nature of anti-democratic forces within German society.

Democracy is under threat today. But not from fascist rule, or thuggish paramilitary organisations. Today, the threat comes from the ruling and middle classes, who are intent on subverting democracy more subtly – through the courts, for instance, and by bypassing democratic decision-making.

Those who argue that democracy is dangerous because it leads to demagogues like Hitler, or that we are enjoying a return to 1930s Germany are either wilfully distorting the truth or are historically illiterate. Anybody labouring under these illusions really should read Kershaw’s Hitler, an excellent work that reminds the reader above all of the vital importance of unequivocally defending democracy. 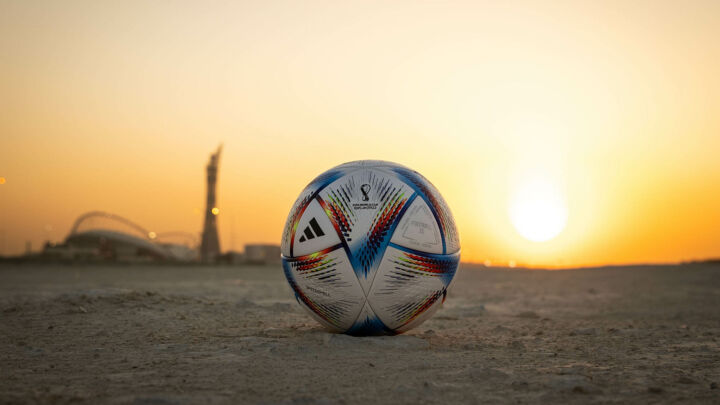 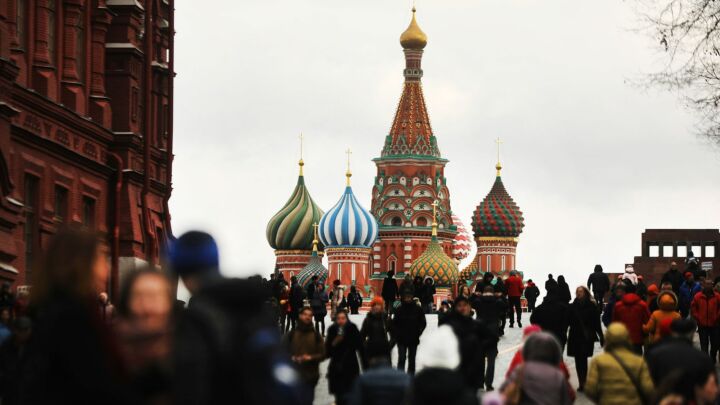 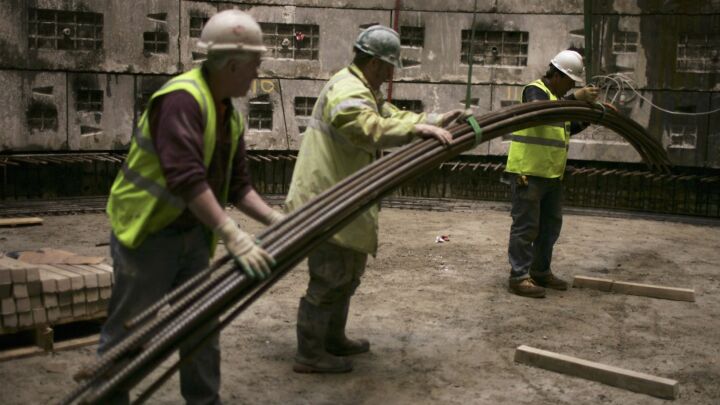