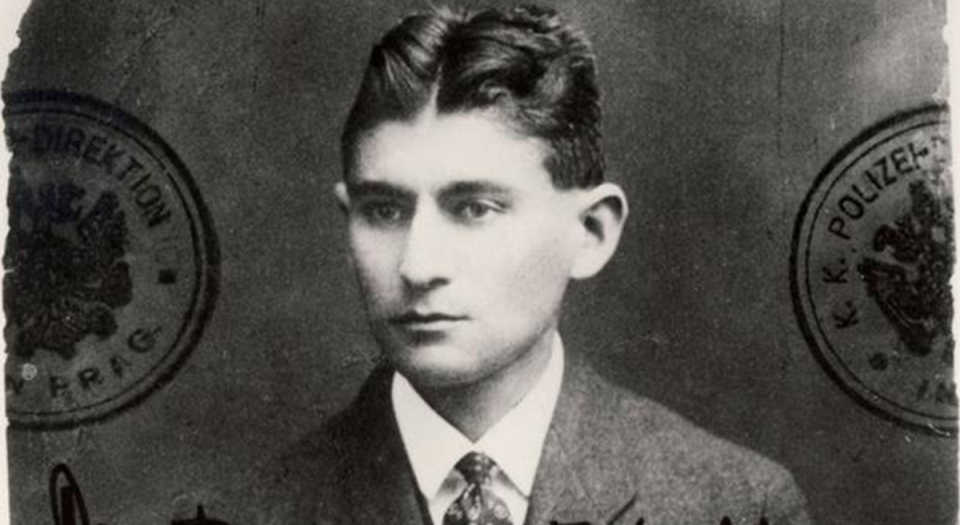 Kafka: a life beyond literature

There are few writers as highly regarded as Franz Kafka (1883-1924). Even people who have not read Kafka understand his blend of the sinister and absurd. Despite the reputation of being a high-brow, intellectual author, Kafka wrote bewitching tales in clear prose. Indeed, his stories are often short and ostensibly easy to understand even if the allusions and implications are complex. And his writing is often shot through with humour – not just absurdity, but also comic misunderstandings and dry irony.

A recently completed three-volume biography by Reiner Stach, superbly translated from German by Shelley Frisch, uses newly discovered sources to capture Kafka’s life and reflect on the origins and meaning of many of his writings. Stach takes time to correct previous biographical misconceptions, and observes that while there are mountains of academic, theoretical and literary overviews of Kafka, there are few biographies.

Stach attempts to be scrupulously fair to Kafka’s parents. Hermann Kafka was a self-made proprietor of a fancy-goods store in Prague, selling fabrics, clothes, household goods and toys. Kafka considered him something of a boastful tyrant who dominated the family with angry tirades and unreasoning selfishness. To his son, Kafka senior seemed the epitome of a crass materialism and social obsequiousness. Stach points out that Hermann Kafka’s childhood was a tough one. Hermann showed considerable wiliness and self-reliance – as well as stamina and acumen, speaking fluent Czech and German – to establish his shop, manage staff and support his family. There could only have been a gulf of incomprehension between the introverted, intellectual, artistic son and the assertive, pragmatic, brusque father. Kafka’s mother was a peacemaker who attempted to bridge the gap between father and son. Calm, resourceful and down-to-earth but intellectually incurious and firmly conventional, Julie Kafka – like her husband – had no real comprehension of her only son’s outlook and ambitions. Living under a capricious all-powerful authority, who meted out punishment unpredictably, provided a blueprint for the situation of Josef K in The Trial.

Kafka’s early schooling was inadequate. The Czech nationalist government of Prague was attempting to suffocate German-speaking schools, and classes in Kafka’s school were as large as 100 pupils per teacher due to teacher restrictions. Yet, despite the shortcomings of teaching and the young Kafka’s natural timidity, he received high grades and developed an appetite for learning. Kafka studied law, attained his doctorate and began work in the state insurance firm. His fluency in Czech as well as German proved essential. His work was often routine, dry and dull, and frequently required him to travel occasionally to inspect workplaces and interview people. He wrote reports that were clear and logical and described situations with unusual clarity.

The provision of insurance by the Austro-Hungarian state was both a progressive and necessary measure taken by a rapidly industrialising economy and a bitterly contested field afflicted by political infighting, nationalist division and unclear legislative authority. It was the empire in microcosm. The contradictions, paradoxes and submission to obscure sources of authority that one finds in Kafka’s writings derive – in part – from the society he lived in.

Despite drifting into his job (which he kept until his retirement due to ill health shortly before his death), Kafka worked diligently, earning the admiration of colleagues and the respect of professional acquaintances. Yet he accepted his rises in pay and status with near indifference. By the time of his retirement he was head of the legal department. ‘He was largely immune to the temptation of buttressing his security by means of personal possessions’, writes Stach. ‘He could not “possess” either women or things. There is not a single known episode in his life in which he displayed possessiveness. […] He was impervious to the joys of collecting things.’ For Kafka the life of the mind was simply that – with no attachment to books, pictures, letters or the physical objects which stimulate the mind.

Kafka spent most of his nights writing stories. ‘I have no literary interests’, he wrote; ‘I am made of literature; I am nothing else and cannot be anything else’.

Kafka’s writing presents us with startling and haunting images replete in emotional resonance. He gives us isolated people struggling to understand their situations and anxiously in search of truth and meaning, but who cannot rely on the security of tradition or religion. He depicts places and people with hallucinatory clarity without ever dissolving their essential mystery. His blend of dry humour, classical prose and lacerating honesty is unique and adds layers of pleasure and meaning to the stories.

Writer’s block, depression and perfectionism stymied the completion of four novels. Stach explains that Kafka’s inability to finish his novels resulted from perfectionism; it was not perfectionism as we often think of it – a kind of unreasonable pickiness or deliberate self-sabotage. Kafka’s perfectionism was dedication to an artistic vision that balanced inspiration and accuracy and which demanded formal and thematic unity without cheap effects, clichés or dishonesty. This ideal could be met in stories and fragments, but was almost impossible for Kafka to sustain in long-form narratives.

Despite Kafka’s later ascetic lifestyle, as a young man he used to visit bars, drink and frequent brothels. This carousing provided a necessary counter to the tedium of work and the noisiness of the family home. Certain sexually explicit passages in Kafka’s diaries have not been published in English yet.

‘Germany declared war on Russia – Swimming in the afternoon.’ This quote from Kafka’s diary suggests that he was indifferent – or insensitive – towards global events. Though excused military service, Kafka volunteered and was accepted. The insurance firm refused to release him. Every day Kafka’s workload increased as mutilated service men filled the firm’s offices in order to receive war pensions or employment.

Kafka adopted the culture of ‘naturopathy’, a philosophy of good health and wellbeing through exercise, outdoor activities, vegetarianism and other natural methods of combating the deleterious effects of modern life. Most of Kafka’s attachments were strongly sentimental, rather than guided by logic or evidence. Kafka flirted with spiritualism, socialism, Zionism and other positions but found them wanting. Only in the Zionist aspiration for a Jewish homeland away from the vicissitudes of populist demagogues and anti-Semitism did Kafka find ideas of lasting appeal. He toyed with the idea of emigrating to Palestine (even learning Hebrew late in life) but it was an impractical idea.

In August 1917, Kafka accepted the diagnosis of tuberculosis with equanimity. To some degree, the illness freed Kafka. He now had an incontrovertible reason to avoid social obligations, to take extended holidays in which he could write, and to avoid marriage and fatherhood. The diagnosis caused Kafka to break off his engagement. Kafka wanted to use natural remedies to treat his condition. The only effective method of arresting the progress of bronchial tuberculosis was a healthy diet and clean air, hence the flourishing of sanatoria in the mountains of central Europe. But it was love that influenced the end of Kafka’s life profoundly.

At a German coastal resort, Kafka met a woman called Dora Diamant. She became his lover, companion and, for his last months, carer. They lived together in Berlin in the early 1920s when it was ravaged by uncontrollable inflation, civil unrest and malnutrition. Berlin was a dream city for Kafka: a technically advanced city, a world city, a cultural hub. The reality of poverty, strife and the worsening of his tuberculosis sent him to the Austrian Alps in search of some respite. He died in a small private hospital there attended to by Dora.

Despite his despondency, Kafka’s daily life must be considered a success. He worked hard; he wrote some remarkable work; he maintained many friendships and enjoyed some romantic ties. The impression that Kafka was immune to the pleasure of literary success is contradicted by the fact he published half a dozen books in his lifetime. At the time of his death, he was very highly esteemed by fellow writers – and all that without the publication of his novels, which were only made public posthumously by his friend and literary executor Max Brod.

Stach is at all times considered and reasonable, not imposing his interpretation on scant evidence. The biography is readable and Stach takes care to provide enough historical context to explain Kafka’s situation and the reception of his writings. Due to its detail and size (over 1,500 pages), the Stach biography is not for novices, but anyone who is familiar with Kafka’s most famous stories will find illuminating facts and intelligent commentary. The three volumes are so carefully composed and densely woven – blending history, literary analysis, psychological insights, quotes and commentary from others – that it would be practically impossible to produce an abridged version in a single volume. To that end, Nicholas Murray’s biography is the best introduction to the links between Kafka’s life and writing for general readers.

It is a shameful situation that English readers cannot access Kafka’s complete writings in translation. The current English versions are based texts that are 40 years old. Since then, new volumes of letters have been published and the unexpurgated diaries have appeared in German, which render the English translations woefully inadequate. Will Princeton University Press publish a new English edition of Kafka’s letters and diaries and allow non-German readers the chance to discover Kafka afresh? Judging from this biography, Shelley Frisch would make an ideal translator of a new edition of Kafka’s letters into English.

Kafka: The Early Years, by Reiner Stach, is published by Princeton University Press. (Order this book from Amazon(UK)).

Kafka: The Decisive Years, by Reiner Stach, is published by Princeton University Press. (Order this book from Amazon(UK)).

Kafka: The Years of Insight, by Reiner Stach, is published by Princeton University Press. (Order this book from Amazon(UK)).