The Culture War over Sweden

The Trump Sweden controversy shines a light on the West’s disarray. 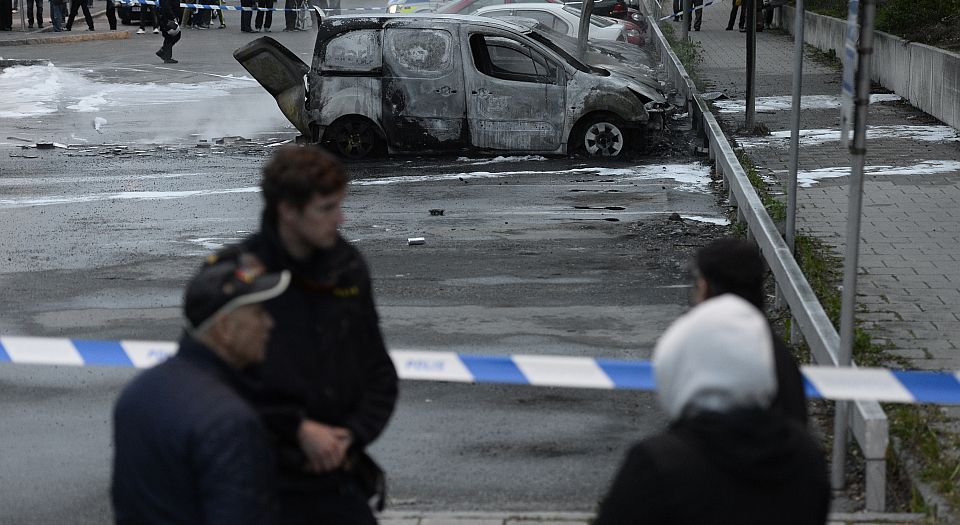 To see how shallow the Culture Wars have become, how distant from reason and reflection both sides now are, look no further than this week’s bizarre political spat over Sweden.

In his rally speech in Florida on 18 February, President Trump listed all the places that have recently been smite by Islamist terror: Paris, Brussels, Berlin, Nice. And Sweden, apparently. He mentioned something that happened ‘last night in Sweden’. But nothing of Islamist note happened in Sweden on 17 February. Cue media ridicule, the trending of the snarky hashtag #SwedenIncident, and a war of words between anti-Trump people saying Sweden is fine and Trumpites saying it’s become a hell on Earth thanks to mass migration.

This weird propaganda war, this clash between a vision of Sweden as a liberal heaven that’s doing super with its refugees and Sweden as a nation that’s one Muslim migrant away from becoming Islamic State Jnr, tells you everything you need to know about Western public life today.

On one side we have the deflective politics of fear of the right-leaning set in the Culture War, of those lining up behind Trump and Le Pen and others, who shallowly and wrongly view the malaise in Western values as something brought about by foreigners, by Them, by cocky young blokes from Syria. And on the other side we have something that’s possibly even worse: the fatal evasion of the more leftish side in the Culture War. The refusal of those who profess to be liberal and progressive to confront, far less address, some pretty indisputable cultural tensions in the 21st-century West, some of which are indeed related to Muslim migration.

The rallying of certain right-wingers to Trump’s Sweden-bashing shows how fuelled by fear is the Culture War panic over mass migration into Europe. Sweden has been taking in large numbers of Syrians since 2011. In 2014 and 2015 it took in 244,000 asylum seekers, the highest number per capita of any European nation. And as a result it has become a rape-infested dystopia, Trumpites claim. Murders have risen, Sweden’s fair women are not safe, and petty crime is rampant, they say. Nigel Farage backed up Trump by saying Malmo, a Swedish city that has taken in a lot of people from the Middle East, is now a ‘rape capital… due to EU migrant policies’.

But this really doesn’t hold up. As the Swedish author Johan Norberg argued, Trumpites’ attacks on Sweden are for the most part ‘fake news’. Even despite the increase in gang turf wars, which are partly down to the arrival of migrants who do not find gainful employment, ‘the homicide rate is almost exactly what it was a decade ago’, says Norberg. The number of Swedes suffering physical assault fell by 0.7 per cent over the past decade. And general offences against the person are at approximately the same level as they were in 2005 – ‘almost a decade before the surge of refugees’, as Norberg points out. And there aren’t more rapes in Sweden than in any other European nation: it’s just that Sweden does more to encourage women to report all sexual assaults.

So Sweden isn’t hell. Rather, the alt-right-promoted image of Sweden as the oh-so-European country brought low by a mass influx of Muslims, the fairest, happiest Western nation now made horrible by Islam, speaks to their wrongheaded obsession with the foreign origins of the West’s moral and cultural malaise. From Trump to Le Pen and some others who pose as guardians of Western people and ideals, the idea seems to be that the modern rot in the West, the difficulties and self-doubt the West now faces, came from without. The threat to our republics and our political gains of sexual equality and cultural pluralism is an external one, apparently. It’s the crimes and barbarism of Them that dilute and which might even destroy our enlightened values.

This is mental and moral displacement, a cowardly projection of the West’s own disarray on to outsiders. In truth it is thanks to the cult of relativism and the surge in identity politics and the political and intellectual elites turning their backs on the fundamental founding values of the modern West – liberty, democracy and tolerance – that our societies have become confused and tetchy and even conflictual.

Even to the extent that the arrival of migrants raises issues today – as it undoubtedly does – that is also in large part a result of this process, of the West’s long drawn-out loss of principle and even of the moral plot. It is the West’s refusal, or inability, to say what it is for today, to elevate its own values over anybody else’s, that gives a green light to some migrant communities to indulge backward, reactionary thinking; to cling to values and attitudes that don’t work over here, and which in fact crash up against the Western way of life. Western societies that are incapable of defining or defending their core values, and which then invite over millions of people from societies that have divergent values, are certainly asking for trouble, and unwittingly storing up tension.

But if fear is the driver of too many on the right, the supposedly leftish, liberal side in the Culture War is propelled by something worse: ignorance; a self-imposed, borderline Orwellian ignorance of reality and of the difficulties Western society now faces.

Their response to the #SwedenIncident controversy was in effect to say, ‘Sweden is fine’. In response to the right’s narrow and ill-backed-up focus on crime, they could whip out official crime stats and say: ‘Actually, it isn’t a rape capital, or a murder capital, so stop lying.’ Let’s all go on holiday to Malmo, commentators chirped. That their ridicule and snark was interrupted by a migrant riot in Stockholm, on Monday, was darkly ironic, and very telling about the chattering class’s unwillingness to address cultural tensions.

There are problems in Sweden. Some very serious problems. Unemployment among Swedes is four per cent, but among migrants in Sweden it is 22 per cent – ‘no developed country has a higher differential’, as Fraser Nelson points out. This creates tension, and crime, and even riots, as we saw this week.

And the problems aren’t only economic; they’re cultural, too. Take Malmo, defended to the hilt by commentators this week. ‘I love Malmo’, said New Statesman columnist Laurie Penny. She might, but many Jews do not. Anti-Semitic incidents have trebled in Malmo in recent years. A chapel that serves Jews has been repeatedly desecrated. A local rabbi says he is regularly spat on and abused. The Jewish community centre was bombed. A few years ago, the Telegraph reported that more than 30 Jewish families had left the city; more have fled since then. Some of this is down to far-right elements, but much of it is a result of the intolerance towards Jews of the vast numbers of new Muslim migrants in Malmo. Should we not talk about this? Perhaps it is Islamophobic to talk about anti-Semitism? When Western observers and politicians say everything in Sweden is cool, do they know what this sounds like to Jews in Malmo or working-class Stockholmers who see riots outside their windows?

This Orwellian memory-holing of facts, this airbrushing of inconvenient reality, is possibly the most dangerous trend in the Culture Wars today. It reveals the extent to which Europe’s welcoming of millions of Middle Eastern migrants, done above the heads of the demos, was largely an act of elite virtue-signalling; an ill-considered, little-discussed initiative designed more to boost the moral standing of Angela Merkel and other EU and Western European leaders than to alleviate the suffering of Syrians and Afghanis or to address economic and political needs in Western nations themselves. So Sweden, with its thousands and thousands of unemployed Muslim arrivals, has in essence become a refugee camp, a holding place for people from faraway warzones. Is this wise? Should it have been more thoroughly and democratically discussed first? Can we discuss it now? Not if you don’t want to be called racist, it seems.

The most important thing for the Western political and media class is the rush of virtue that ‘saving’ Syrians and others provides them with, and reality cannot be allowed to dilute that rush. Their virtue trumps truth; their moral and emotional needs take precedence over rational discussion of the social and cultural issues raised by such an unprecedented influx of migrants. They end up in the perversely Big Brother situation of saying ‘Everything is okay’ even as cars are being burnt outside and Jews lock their doors against abuse. And they wonder why some people are drawn to the likes of Trump and Le Pen. The more the so-called progressive side in the Culture War evades reality, hides in the memory hole, and substitutes mawkish displays of virtue for serious debate about the state of Western society and its values, the more people will turn to brash politicians who claim to speak ‘the truth’ on such issues.