Worship of the NHS is the dying cry of Labourism. 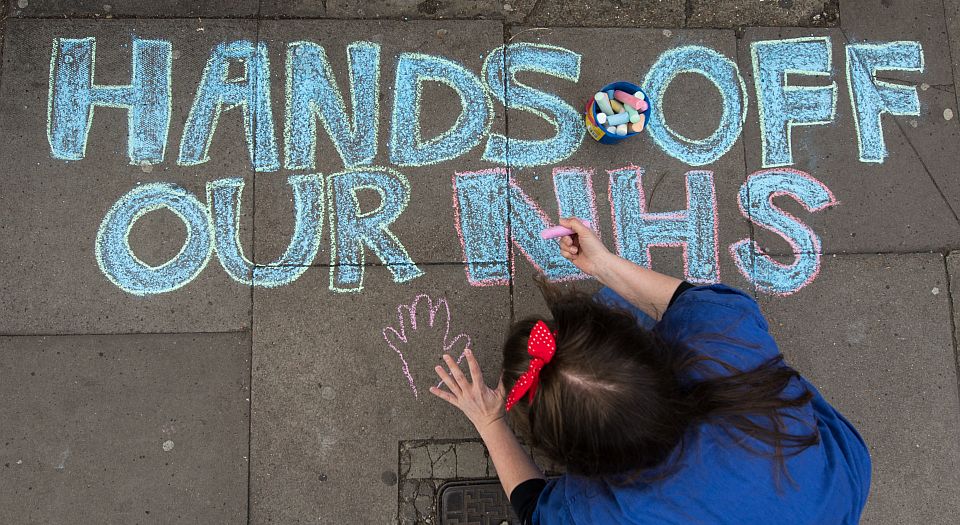 To say you care about the National Health Service has for some time been mandatory among those who profess to be concerned about Britain. To pronounce one’s affection for the NHS, to boast one’s determination to ‘save it’, or even to ‘♥’ it, is a public declaration of benevolence and compassion. It conveys the message that you are a good person.

And who doesn’t appreciate the NHS? Not many, apart from a few free-market fundamentalists. Most of us are concerned with issues of overcrowding, overspending, waste, bureaucracy and overstretched staff, precisely because we value the NHS. Yet most of us don’t define ourselves by this increasingly hallowed institution. Most people don’t actually worship the NHS.

A vocal minority, however, do. The former chancellor of the exchequer Nigel Lawson once said ‘the NHS is the nearest thing the English have to a religion’. For some, the institution is less revered for what it actually does than for what it represents. It’s increasingly regarded as the last bastion of compassionate statism, a body imagined to be imperilled by evil Tories, a sacrosanct organisation with a holy multiracial workforce. It doesn’t just cure the ill or fix the broken. It’s held to be the very embodiment of empathy. Its doctors and nurses are modern-day saints.

And just as some real religions have taken a more extremist turn in recent times, so has NHS worship. Not a day goes by now without the BBC, the Guardian or the Daily Mirror issuing alarmist reports that everyone will die because of ‘NHS cuts’ by the nasty Tories. No anti-government, aggressively compassionate, devotional protest march is complete without a mock coffin bearing the NHS initial. And consider the literature that circulated before the by-election in Copeland. One Labour leaflet declared that if its candidate didn’t win, ‘mothers will die, babies will die, babies will be brain damaged’. Another called the by-election ‘a matter of life or death’. A third claimed that a Tory victory ‘will cost mums their children’. This is not so much NHS worship as NHS fundamentalism.

It’s no coincidence that NHS jihadism has emerged at the same time that the Labour Party is imploding. NHS worship materialised at the end of the 20th century to fill a vacuum as other traditional symbols of British civic life no longer came to be revered — the monarchy, Westminster democracy, the BBC, even ‘Britishness’ itself. The left was especially keen on demonising or mocking these bastions, so there’s something ironic about the fact that it now clings so desperately to the NHS, having destroyed all the other institutions which Old Labour voters once held in such affection.

Worship of the NHS in decades past served to bind the nation; NHS fundamentalism now is the final gesture of a Labour movement facing its end. The Labour Party has nothing left but the symbolism and empty rhetoric of the National Health Service. Nothing else unites its two factions: the cosmopolitan urbanites and the patriotic, northern poor. No wonder the voices grow so hysterical and shrill. NHS fundamentalism signifies the death throes of the Labour Party, its last gasp. Not even its scaremongering about the NHS could save it from its historic defeat in Copeland. Without the posturing and pleading about the NHS, Labour in Britain is nothing.

The stifling of debate about Hillsborough

Two UKIP members in Liverpool have resigned over the party’s gaffes regarding the Hillsborough disaster of 1989. Not only did the website of UKIP leader Paul Nuttall falsely claim he had lost close family friends in the tragedy, but Arron Banks, a UKIP donor, has landed the party in hot water for claiming he is ‘sick of hearing about Hillsborough’. Banks was attacked for calling the tragedy an ‘accident’.

It takes a brave man to talk about Hillsborough rationally, as the comedian Alan Davies found out to his cost in 2012. It remains a deeply taboo subject. Reason goes out of the window when talking about it. Even when someone says something technically correct about it – that it was an accident, one caused by overcrowding, blunders and perimeter fences – they can still be harangued.

Sure, the memory of that dreadful day still lingers among the bereaved. The slanderous headlines in the Sun and the police cover-up only intensified the agony of the survivors and the relatives of those who died. But for how long must there be this disconcerting, unique taboo surrounding the disaster? For how much longer must people dare not speak rationally of it for fear of reproach and castigation?

Arron Banks was perhaps insensitive in his remarks, but none of what he said was incorrect or wrong. Yet our own self-imposed silence and fear to speak about Hillsborough is not healthy. Self-censorship never is.

Milo Yiannopoulos, the darling poster-boy of the so-called alt-right, has at last been hung out to dry by his own paedophile petard. Justice at last. And what delicious irony. Slurp it up trolls and gamers; slurp it up. Not since the hanging of William Joyce in 1946 has such a publicity-seeking far-right propagandist so richly deserved his comeuppance. The Nazi has finally come home to roost. Like ‘Lord Haw-Haw’, with his xenophobic, transphobic, Islamophobic and misogynistic views, Milo’s performative fascism sought to make hatred seem edgy, trendy and cool. But in the end he failed. Because there’s nothing sexy about fascism. End of. Je ne suis pas Milo. Nous ne sommes pas Milo.

Milo and his associates deserve their crushing defeat and humiliation. That is done. Sure. And yet… and yet… his enablers deserve more. They must be taught a lesson they will never forget. Hanging is too good for them. These ascendant fascists, these pro-fascists, neo-fascists, paleo-fascists, ultra-fascists, uber-fascists and post-truth post-fascists; these racist trolls who spread Milo’s perverted, odious bile and shared his chilling, pernicious propaganda. They, too, have blood on their hands. Quite literally. And figuratively. And both. Whatever.

Milo. What an abominable gasbag. What a buffoonish demagogue. This self-appointed slayer of ‘The Establishment’. What a risible, burlesque potentate possessed with such clichéd, facile certitudes and a heat-oppressed brain. Laugh at his imbecile disciples who retweet his every preening, pompous pronouncement. What pitiful morons! What a sanctimonious arse! Laugh, my friends. Laugh.

But my friends: there is hope. As I explain in my latest book, Arise, Ye Proles: strength lies not in defence, but in attack. Punish the enablers. Crush the intolerant. Rise up! Rise up, my people! Follow me! Mungo gives you righteousness! Mungo gives you the future! ALL HAIL MUNGO!