The tyranny of ‘breast is best’ 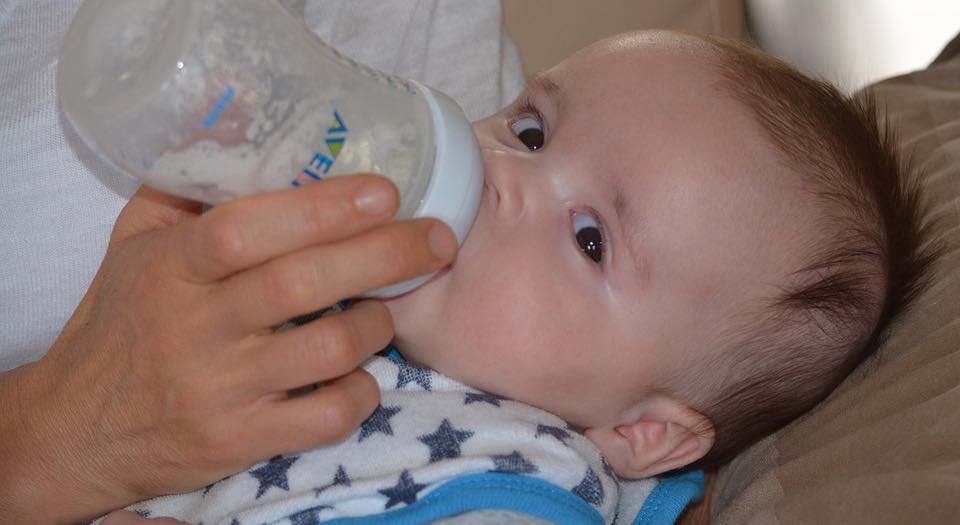 In Yorkshire a few months ago, a newborn baby was taken into care after his father said he preferred bottle-feeding to breastfeeding. Medical staff at a hospital in Kirklees raised concerns after overhearing the father express ‘unorthodox views about the need for sterilisation of bottles and the benefits of formula milk’. Kirklees Council went to court and, without notifying the family, procured an order to take the child into emergency care before he was discharged from hospital.

The child’s mother has a history of minor mental-health concerns and the father has reportedly been ‘aggressive to others’. But the special care baby unit had not expressed any concerns about the baby’s welfare, and the family did not have any council ‘special measures’ in place. This mother and father appear to have had their baby boy taken off them, for two months, because of their attitude to breastfeeding. It is truly shocking.

The family has now been offered £11,250 in compensation. But that cannot make up for the loss of the first two months of their child’s life. Not only did Kirklees Council hide the case from the parents; it is also accused of misleading the judge. When the family challenged the initial ruling, Justice Cobb at the High Court returned the child to his parents, stating: ‘The separation of a baby from his parents represents a very serious interference with family life.’

This is an extreme case. But it is also the logical and ugly conclusion to the idea that the state knows better than parents. The moral crusade around breastfeeding and formula milk in particular leads to a situation where families are looked upon suspiciously if they do not adhere to the apparently correct wisdom of the state.

Formula milk is now regularly demonised, as are the mothers who opt for it over breastfeeding. According to UK law, based on the principles and aims of the 1981 World Health Organisation’s International Code of Marketing of Breastmilk Substitutes, formula milk must be sold at an inflated price and must not be advertised as a substitute for breastmilk, and companies cannot use children in their adverts as a means of ‘idealis[ing] the product’. In other words, the state uses restrictions on public imagery and discussion of formula milk as part of a heavy-handed attempt to stop mothers from using it.

Yesterday, Alison Thewliss, the Scottish National Party MP for Glasgow Central, published a bill supported by children’s charity UNICEF to ‘crack down on misleading and excessive claims of baby milk companies’. Thewliss wants to create an Infant and Young Child Nutrition Agency to ensure that ‘the importance of protecting and promoting breastfeeding is fully integrated into health and nutrition policy’. The bill would introduce plain packaging (like cigarettes) for all formula milks and ban the use of terms like ‘follow-on’ and ‘growing-up’ milk. Thewliss claims she respects mothers’ choice to not breastfeed – she simply wants to make sure that ‘parents are protected from misleading advertising’. That’s another way of saying that women should be free to make their own decisions so long as those decisions are in line with what the state considers to be the best way to raise children.

There is nothing wrong with feeding a child solely on formula milk – this is a proven, well-known fact. Breastfeeding has its advantages, yes – but a child raised on formula will do no better or worse than a child who is breastfed. Furthermore, parents’ decision about how to feed their children is deeply personal. Some mothers simply don’t want to breastfeed, and they should not be pressured to do so. The idea that mothers are ill-informed or easily swayed by adverts for formula milk is just patronising. Mothers are encouraged by medical staff to breastfeed, from the minute they give birth; they are visited by midwives who continue to push the breastfeeding message. The idea that new mothers don’t know about the benefits of breastfeeding is insulting and false – they’re bombarded with this information.

In this context, children being removed from their parents over issues of breastfeeding vs bottle-feeding starts to look unsurprising. The obsession with breastfeeding is impacting on mothers’ feelings of freedom and independence. But why should all mothers agree to spend months attached by the nipple either to their child or to a breast pump? Some women will want to do this, and that is absolutely their choice; but others will think that this approach entrenches the idea that women should be the primary caregivers in childrearing, and could even limit their ability to return to work. When there is state-led pressure on mothers to breastfeed, then new mums risk being reduced to the level of cows. What about women who want to return to full-time work quickly after birth? What about families in which the man does most of the childrearing? What about women who simply don’t like breastfeeding? Are they bad parents?

We should be shocked by the Kirklees case, but we should also recognise it as a symptom of continuing state interference into parental choice and family life. The ‘breast is best’ campaign has become a menace to young families. We should stand up for the belief that parents know better than the state how their children should be raised.