No, far-right British bloggers did not swing the US election. 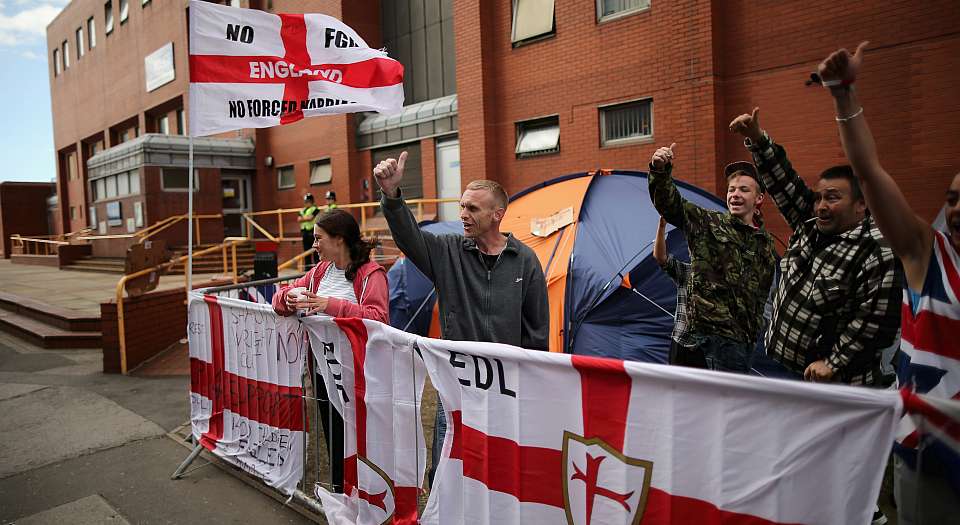 Perplexed that the public haven’t been voting the way they are supposed to, the political classes across the globe have been scrambling to find anyone to blame other than themselves. In the US, following the election of Trump, the finger was first pointed at the old Cold War foe, Russia. If a new report by anti-extremism charity Hope Not Hate is to be believed, Trump’s victory was in fact the work of a shady network of right-wingers in the US’s old colonial foe, Britain.

While Hope Not Hate criticises the ‘unashamedly conspiratorial’ output of Watson and Robertson, its fearmongering over Dowson’s influence is the definition of conspiratorial. Dowson tops the report’s list of ‘most influential’ far-right Brits, having spent 2016 building up a ‘disturbingly large network of alliances and friends’. His ‘international network of far-right parties, militia groups and religious extremists’ is said to stretch from loyalists in Northern Ireland to Russian fascists linked to the Kremlin.

Of course, the real story of the far right in Britain is one of decline. The English Defence League’s (EDL) marches often draw smaller crowds than the counter-demos, and Britain First’s ‘Christian patrols’ are even more pitiful. Far-right parties in Britain also fail every electoral test. Nick Griffin’s British National Party (BNP) has been nowhere to be seen since he lost his seat in the EU parliament. And more recently, Paul Golding of Britain First gained just 1.2 per cent of the vote in the London mayoral election, a smidgen more than the Cannabis Is Safer Than Alcohol Party.

Instead of the measurable, objective results produced by the ballot box, the more nebulous, unmeasurable idea of influence is used to exaggerate the threat posed by bedroom-dwelling bloggers. Dowson is credited with gaining Britain First its first million Facebook likes, but the panic over his influence ignores the fact that Britain First really is just a Facebook page. He boasts of his ability to produce ‘devastating memes’. This is laughable as political claims go, and yet Hope Not Hate takes it at face value and presents him as a major force in global politics.

It’s surprising that the parody Facebook and Twitter account ‘Britain First – Spain Battalion’ isn’t also given as evidence of the network’s international reach. Aside from the obvious irony of expats complaining about immigrants, the mixture of anti-hijab and pro-Noel Edmonds posts on its Twitter feed brilliantly skewers the idea that we’re all just one click away from supporting the far right.

This is not the first time Hope Not Hate has exaggerated the scale of extremism. A press release for its 2016 report, titled ‘Jo Cox “deserved to die”’, claimed that at least 25,000 people had sent 50,000 tweets celebrating Cox’s death or praising her killer, Thomas Mair. These figures were debunked by The Economist, yet the suspicion that we live in a society sympathetic to the far right lingers on.

The panic over these backward bloggers is not really directed towards the barely existent far right, but towards us, the public. The assumption is that ordinary people, so susceptible to social media, will be swayed by devastating memes and swindled by fake news into becoming fascists. No matter how clearly the public rejects the far right at the ballot box, in opinion polls, or through counter-demos, the fearmongering over fascism never dies. Ignore what this report says, we’re not all nazis now.

Fraser Myers is a producer at WORLDbytes..