Ray Bradbury foretold the tyranny of ‘You Can’t Say That!’. 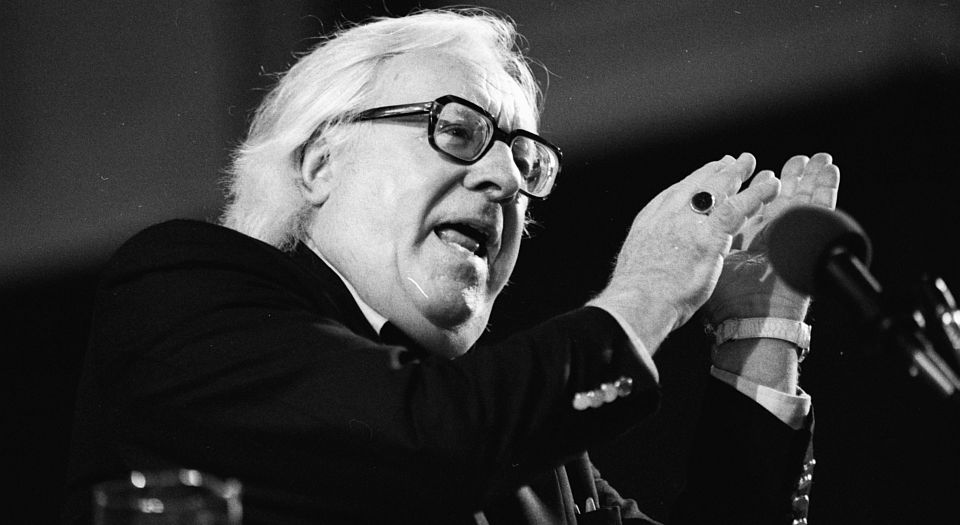 This year there has been an unlikely literary sensation. Or revival, to be precise. Sales of George Orwell’s dystopian tale Nineteen Eighty-Four have been on the rise, a trend sparked by those who believe Donald Trump’s administration heralds a new fascist era. The process began on 22 January, when Kellyanne Conway, adviser to the president, used the phrase ‘alternative facts’ in an interview. The internet was soon ablaze with comparisons to Orwell’s term ‘newspeak’, and within two days Nineteen Eighty-Four was the sixth best-selling book on Amazon. Last week, it reached number two. The novel has become a symbol of resistance among Trump’s detractors. In San Francisco they are now giving copies away for free.

One might assume that the politically aware would have read this landmark novel already. But never mind. Good luck to those discovering it now. It might be a refreshing read for the more precious and callow Trump detractors — for the ‘snowflakes’ who believe in the regulation of sex, who are fond of banning words for being offensive and of silencing dissenters for speechcrime. It will be an eye-opening read, too, for those who speak of ‘subconscious racism’ and such thoughtcrimes, and for today’s campus guardians who monitor people’s every action, word and gesture. All of these outrageous scenarios are covered extensively by Orwell.

In this vein, they might also like to read another dystopian masterpiece called Fahrenheit 451, by the author Ray Bradbury. In this book set in the future, firemen go round not extinguishing fires, but igniting them — specifically to burn books that are deemed too dangerous for people to read, to protect people’s feelings and shield them from suggestive thoughts and ‘evil ideas’.

The society imagined in Fahrenheit 451 is one in which hyper-sensitive identity politics have been taken to their logical conclusion. As the book-burning police chief, Captain Beatty, explains: ‘All the minor minor minorities with their navels to be kept clean… Coloured people don’t like Little Black Sambo. Burn it. White people don’t feel good about Uncle Tom’s Cabin. Burn it… You must understand that our civilisation is so vast that we can’t have our minorities upset and stirred.’

The dystopia represented here isn’t an Orwellian, top-down tyranny, but one created from the bottom, by well-meaning, censorious puritans. Beatty elaborates: ‘It didn’t come from the government down. There was no dictum, no declaration, no censorship to start with, no! Technology, mass exploitation, and minority pressure carried the trick, thank God. Today, thanks to them, you can stay happy all the time.’

It’s all well and good to be weary of Donald Trump. Few of us aren’t. But if we are going to talk in conspiratorial tones about a forthcoming authoritarian state, remember that they often arise with the connivance of superficially decent, ordinary people. Those who No Platform speakers at universities, who silence others for their ‘offensive speech’, who ban books for containing dangerous ideas, who enjoy their own ‘two-minute hates’ in Washington DC or the University of California, Berkeley: they are just as much a threat to the present and to the future. The thought police are now among us, not above us.

In Orwell’s dystopia, it’s the obviously nasty people who run the fascist state; in Bradbury’s, it’s simple minds with good intentions who have brought about such a nightmare.

‘Fascist’ and ‘Nazi’ are two words bandied about by these delicate souls who fear a new Orwellian age. This is obviously ludicrous usage, but also surprising. For decades now we’ve complained that history in schools has been obsessed with the Third Reich, and yet it seems that those not long out of school still can’t tell the difference between a genocidal, fascist regime and an accountable democracy that’s just elected a touchy, egotistical oaf.

But ‘Nazi’ has always been an irresistible word. It gives the person saying it an air of danger and frisson of menace. It’s especially tempting to throw it around in our digital age, in which everyone competes to say the most extreme thing, to make the most outlandish claim or be the most righteously aggrieved. Victimhood, exaggeration and megalomania are the hallmarks of politics online.

The voguish social media slur of 2017 so far has been ‘alt-right’ — the latest all-purpose, ‘I’m ahead of you’ smart-arse refrain intended to put its target beyond the pale. What devastating repartee. Talk about Oscar Wilde.

J CORBYN: First of all, I’d like to thank you for staying on an extra few minutes, but it regards a serious issue: namely the vote on enacting Article 50.

I thought I made it specifically clear that you were all to vote in favour of the bill. I even issued a three-line whip. Yet some of you deliberately ignored my instructions. I am very, very disappointed. You’ve not only let me down. You’ve let yourselves down.

Therefore, I’m now sending the perpetrators home with a final written warning. And let me make myself absolutely clear: this is the absolute, final, final warning. You won’t be told again. Have I made myself clear?

CORBYN: Good. So no more of your shenanigans. Let that be the end of it.

CORBYN: Sorry? You over there, Trickett. You find something amusing? Perhaps you’d care to share the joke with the rest of us?

CORBYN: Detention! I have never heard such insolence in my life!

(GRADUALLY FROM THE BACK, SHADOW CABINET MEMBERS BEGIN HUMMING)

CORBYN: Stop it! Stop that right now! I’m warning you for the last time.

(SAUSAGE IMPALED WITH A FORK FLIES ACROSS THE ROOM)

VOICE FROM THE BACK: Big dog’s cock!

CORBYN: Who said that? Stop it! Stop it! I won’t tell you again!

(MORE FORKS AND KNIVES THROWN. CRIES OF ‘JEZZA IS A FASCIST’ AND ‘CORBYN IS A SPASMO’. CORBYN FREEZES: MUTE, TREMBLING, SWEATING)

VOICE FROM THE FRONT: (sympathetically) Mr Corbyn? Mr Corbyn? Why are you so sad? Why so sad?