The Swedish statistician was a powerful antidote to our Malthusian times. 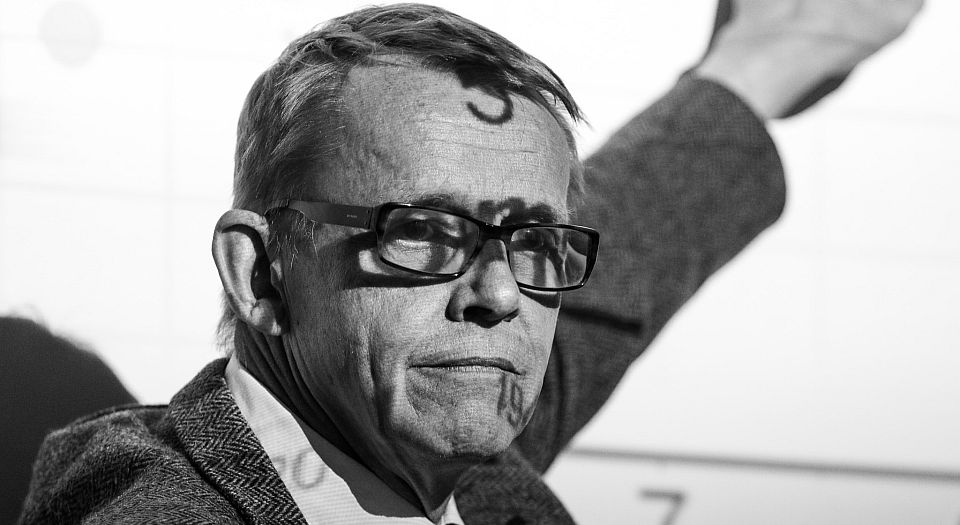 Hans Rosling, the Swedish doctor and statistician who died on Tuesday, has rightly been the subject of glowing obituaries ever since. With great imagination and humour, Rosling made understanding the world through the use of statistics more enjoyable and more enlightening than perhaps anyone else. But while his ability to bring numbers to life was a great talent, the message he conveyed about the state of humanity was even more important.

Essentially, Rosling told a story of a world in which things have been getting better for almost everyone. In making this point, Rosling wasn’t alone. Others, like Indur Goklany, Matt Ridley and Steven Pinker (and, of course, spiked), have, in various ways, pointed out the benefits of a richer, better educated and more peaceful world. Nonetheless, Rosling was certainly rowing against the stream in an age where many of the elite and influential commentators were obsessed with climate change and overpopulation. Human beings were screwing up the planet on the one hand while, on the other, billions of people were doomed to lives that would be nasty, brutish and short.

Rosling pointed out the great strides that have been made in the past 200 years. In the early 19th century, almost everyone – apart from the very richest people on the planet – was poor and unhealthy. They had few possessions, no education and were destined to die young by modern standards. Living past 40 would be unusual. But thanks to the Industrial Revolution and continuing material progress, countries started to get richer and healthier, starting with the UK and the Netherlands, but soon spreading across Europe and America.

As former colonies achieved independence in the decades after the Second World War, they too started to become richer. Life expectancy has shot up in developing countries and they are, for the most part, converging with the living standards and longevity of the richest developed countries. Of course, there are still plenty of places where this needs to go a lot further – particularly poor countries that are blighted by war – but the trend is clear: things are getting better.

Moreover, Rosling was clear that it is industrialisation that we have to thank for all that. His entertaining TED talk about washing machines is a case in point. His eco-worrier students would proudly proclaim that they had forsworn the motor car for the sake of the planet. But as Rosling pointed out, every one of them still needed a washing machine. He recounted the moment in his childhood when his parents finally bought an automatic washing machine, an event so momentous that it demanded a family gathering. Just a couple of generations ago, his grandmother would have washed clothes by boiling water on a fire and scrubbing each garment by hand – still the greatest chore for billions of women around the world.

All that labour is saved thanks to electricity, running water and the liberation that is the washing machine. And the washing machine is in turn the product of a whole host of other industries from steel mills to chemical refineries. And what comes out of washing machines, he asked? Books. When women are freed from hours of laundry, they have time to read books to their children, offering another kind of liberation: education. The most pressing question we face, therefore, is how everyone on the planet can enjoy the freedom that comes from washing machines and other labour-saving devices.

This human-centred outlook was what made Rosling’s statistics and presentational skills matter. There are plenty of ways of making data look entertaining. Rosling’s contribution was to put that gift to the service of making the case for more development. The world’s most high-profile neo-Malthusians, Paul and Anne Ehrlich, did Rosling the greatest compliment by rubbishing his ideas, calling him ‘a confused statistician’ and claiming – as they have done for decades – that extreme poverty would be the lot of the great majority of humanity when the inevitable civilisational collapse occurs. Rosling showed that industrial and technological progress could solve the big problems facing humanity, if we didn’t do anything so stupid as to turn away from these powerful, welfare-enhancing tools.

The Ehrlichs are back in vogue, feted by the Royal Society – supposedly the bastion of rational, scientific thought. The leader of the UK’s main opposition party, Jeremy Corbyn, once signed a Commons motion that claimed that ‘humans represent the most obscene, perverted, cruel, uncivilised and lethal species ever to inhabit the planet’ and looked ‘forward to the day when the inevitable asteroid slams into the Earth and wipes them out thus giving nature the opportunity to start again’. The most backward, misanthropic ideas are still very much mainstream. Hans Rosling was a powerful antidote to such thinking and will be greatly missed. RIP.

Picture by Nell Fantom, published under a creative-commons license.