Please don’t hang drunken snaps from Tinder next to Velázquez. 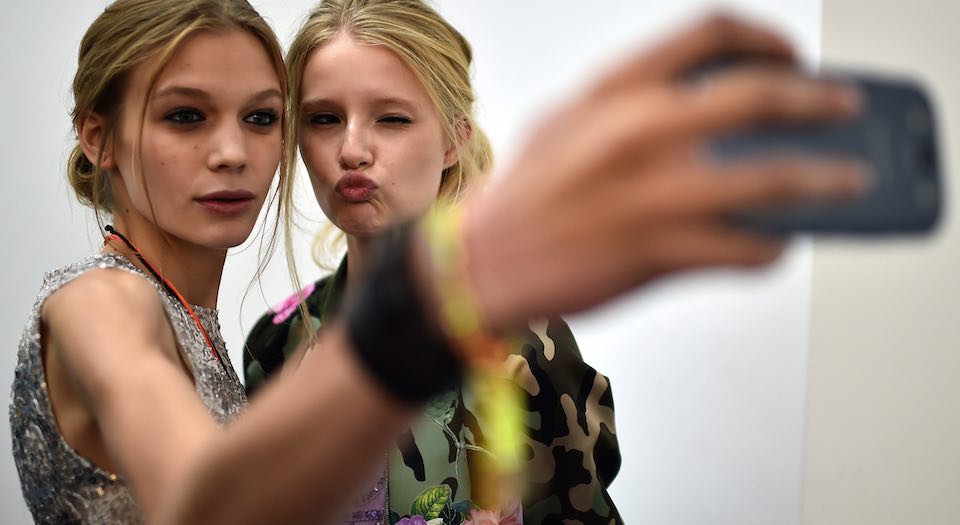 There’s an episode of Absolutely Fabulous in which Eddy decides to invest in contemporary art, inane ‘sculptures’ made from coat hangers and planks of wood. She displays the various pieces in her living room and proudly shows them off to Patsy. By an unfortunate coincidence, the body of her recently departed father has also been left there in an open coffin for the family to pay their respects. When Eddy sees it, she is momentarily dumbstruck. ‘It’s a dead body, Pats’, she says. ‘Yeah’, comes the reply, ‘but is it art?’.

I don’t suppose it’s a question many of us feel qualified to answer. So when the Saatchi Gallery announced this week its plans for an exhibition of ‘selfies’, few felt comfortable enough to question the validity of the project. Contemporary art is too nebulous, too esoteric; to ask Patsy’s question risks exposing one’s own philistinism.

Or maybe the real philistines are those who now believe that selfies have any place in an art gallery? Maybe the degradation of craftsmanship in favour of conceptualism is something worth getting riled about? ‘From Selfie to Self Expression’ will showcase famous selfies such as the one taken by Barack Obama at the Nelson Mandela memorial service in Johannesburg. Submissions are open to the general public, accompanied by the obligatory hashtag (#SaatchiSelfie). The exhibition will also feature self-portraits by the likes of Velázquez (#BaroqueSpaniard), Rembrandt (#NightWatchDude) and Van Gogh (#EarChopper).

I’d like to think that the Saatchi Gallery isn’t seriously suggesting an equivalence between the painstaking work of the masters and a few hasty snaps from an iPhone. But if the exhibition is tongue-in-cheek, why is the gallery’s chief executive officer, Nigel Hurst, taking such pains to defend it? ‘In many ways’, he says, ‘the selfie represents the epitome of contemporary culture’s transition into a highly digitalised and technologically advanced age as mobile-phone technology has caught up with the camera’. It’s the kind of statement you’d find on one of their explanatory placards, deliberately garrulous so as to avoid actually having to make a point.

Any doubts concerning the cynicism of this project can be laid to rest by the fact that it’s the brainchild of a PR company called H+K Strategies, a group that also happens to represent the exhibition’s corporate sponsors, Huawei. Nonetheless, this latest publicity stunt does seem to exemplify a growing trend seeking to validate Joseph Beuys’s view that ‘every man is an artist’.

Beuys meant, of course, that we’re all essentially creative beings, but in our culture of relativism there’s no denying that the notion of the ‘artist’ has been degraded. It’s a word that we’re happy to apply to just about everyone, from Michelangelo to Nicki Minaj; from the unparalleled innovator of the Italian Renaissance to a woman who sings about what a massive arse she’s got. When I hear Minaj describe herself as ‘an artist in every motherfucking sense of the word’, I keep my fingers crossed for an irony that almost certainly isn’t there.

With the very idea of artistry rendered so meaningless, it’s easy to sympathise with the cleaner at a museum in Italy who mistook an installation of empty champagne bottles and party streamers for rubbish and threw it in the bin. The elitism inherent in modern conceptual art would leave many of us struggling to comprehend the difference.

We’ve come a long way from the notion of art as the synthesis of matter and form, expressed so beautifully by Walter Pater in his famous essay on Giorgione. Aesthetic criticism is undeniably passé, and a form of identity politics has assumed its place. Jamie McCartney’s ‘Great Wall of Vagina’, a series of plaster casts of the vulvas of over 400 women, has been lauded because it conveys the ‘right’ message, one that promotes a healthy body image. I concede that such a piece has some value as an educational tool. So does a Fisher-Price Activity Set, but that doesn’t mean it should be hanging in the Louvre.

Then we had the new exhibitions at the revamped Tate Modern last year, which confirmed (if confirmation were needed) just how politicised art has become. It is a narrow and fashionable political view that prevails, often at the expense of aesthetic value. As Sohrab Ahmari argues in his book The New Philistines, ‘art shouldn’t be inept or ugly, and too often today outré politics justify plainly inept art’. It’s certainly difficult to imagine anything more artistically moribund than a collection of gurning selfies amassed from an online competition.

But the Saatchi selfie exhibition is not simply a harmless marketing ploy. When objective standards are mistrusted or decried as elitist, art can be whatever you want it to be. Especially if you’re as rich as renowned wife-throttler Charles Saatchi, whose wealth somehow seems to qualify him to act as the supreme arbiter of artistic value. If he decides a selfie can be art, then so be it. As low points go, it’s on a par with the 2009 BBC series School of Saatchi, in which potential artists were eliminated one by one, X-Factor-style.

The likes of Saatchi represent the true philistinism: a form of elitism masquerading as inclusivity through which art is reduced to box-ticking, voguish moralising and empty exercises in relativism. The self-portraits of Velázquez are in no way comparable to drunken snapshots culled from Tinder. And if art galleries are to become mere showrooms for the most irritating aspects of popular culture, they’re probably best avoided.