Brexit backlash: welcome to the age of demock-racy

Elitists trying to thwart the people’s will now claim to defend democracy. 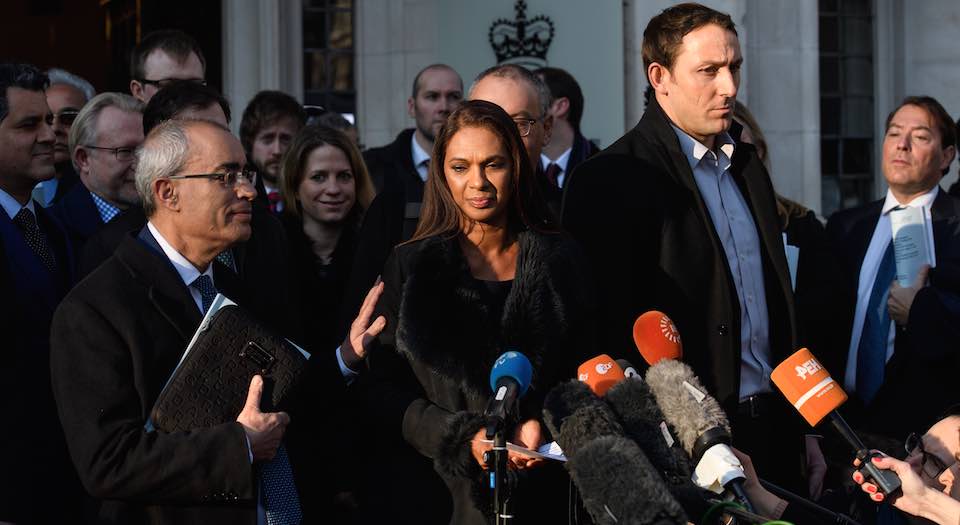 The attempts to derail, divert or decelerate the Brexit process look like a classic bid by powerful elites to thwart the democratically expressed will of the people. Except for one thing: all of these assaults on popular democracy are now presented as a defence of… democracy. Welcome to the age of demock-racy, when for the first time in history even ardent anti-democrats will claim to believe in the D-word.

The campaign to undermine, if not overthrow, the electorate’s decision that the UK should leave the European Union is currently being pursued through the courts and in parliament, with the support of every arm of the establishment, from billionaire Richard Branson to the BBC. Behind all the opaque legalistic and constitutional discussion, the fundamental message of these various manoeuvres is clear: that elitist cliques of judges, experts, members of the House of Lords or parliamentary committees must have the power to override or reinterpret the decision of 17.4million Leave voters.

Yet the leading lights of the rearguard Remain campaign all insist with straight faces that they are doing this, not to defy the referendum result, but in the name of democracy.

Why, for example, did campaigners demand that the UK’s top judges prevent the government triggering Brexit without the approval of both houses of parliament? Some might think their real motives were betrayed by Gina Miller, the City financier fronting the case, who declared that the revolting voters’ referendum verdict had made her ‘physically sick’. Oh no, insisted Ms Miller and her supporters after they won in the Supreme Court this week, they were simply standing up for parliamentary democracy and the rule of law, presumably out of the goodness of their disinterested hearts.

We hear the same fake democratic defence from the politicians who want to ‘amend’ (ie, delay and hopefully prevent) the Brexit process, and who insist that there must be a second referendum on the outcome to allow ‘the people to have the final say’ (because when the people had their say last June, they misspoke and said ‘Leave’).

This is the distinguishing feature of the age of demock-racy. Almost every public figure in the Western world now upholds the virtues of democracy in principle, even while seeking to undermine it in practice. They will make ritualistic and rhetorical gestures of support for democracy in name, but try to rob the D-word of any real meaning.

This is arguably a first in the history of Western politics. In the past, anti-democrats made no bones about their contempt for the will of the people. Plato’s open expressions of disdain for democracy in Ancient Athens set the standard. After the idea of democracy eventually re-emerged on the Western political stage some 2,000 years later, Europe’s ruling classes declared open war on it.

It is only in the modern era, especially after the defeat of fascism in the Second World War, that everybody has felt obliged to pay lip service to democracy – even while interpreting it to suit their own purposes and privileges in practice. As George Orwell wrote in Politics and the English Language (1946), ‘In the case of a word like democracy, not only is there no agreed definition, but the attempt to make one is resisted from all sides’, because ‘the defenders of every kind of regime claim that it is a democracy, and fear that they might have to stop using the word if it were tied down to any one meaning’.

Even while expressing unanimous support for democracy, however, those in power over the past 70 years have tried to redefine it further to reduce the influence of the demos – the people – in whose name the system supposedly rules. Western systems of representative democracy have become less representative and democratic. More power has been invested in unelected, unaccountable bodies – from the courts to the European Commission. Meanwhile the political class has become an increasingly insulated elite behind the democratic facade, more like the ancient oligarchy than representatives of the people.

Now the growing public dissatisfaction with demock-racy has in turn brought the old elitist prejudices about popular democracy back to the surface, as illustrated by the bitter backlash against ‘stupid’ Brits who dared to vote for Brexit and ‘low-information’ Americans who had the temerity to support Donald Trump.

Yet the new breed of anti-democrats still try to present their brand of elitism as a defence of democracy. They have redefined the D-word once more, often to mean simply the Western political status quo. Thus it becomes possible to ‘defend democracy’, not only against dictators, but against the demos itself. As former Tory prime minister John Major put it, rejecting any idea that the EU referendum result was binding, ‘the tyranny of the majority has never applied in a democracy’.

What the opponents of Brexit mean by democracy is that ultimate power must rest in the hands of the political class, the judiciary, officials and experts. Even the Conservative government which is pursuing Brexit – led, we should not forget, by a prime minister and chancellor of the exchequer who both campaigned for Remain – went to court to plead for its right to act in the name of the Crown, not the people, and wants to treat the process as a private affair of the political elites.

It is high time we called out all of those trying to make a mockery of democracy over Brexit, and called an end to the age of demock-racy. The D-word does not mean technocracy, bureaucracy or krytocracy (rule by judges). People did not fight and even die down the centuries for the right to be ruled over by an unrepresentative elite of professional politicians and experts. Democracy must mean the people holding power, or nothing at all. By that standard the problem is not ‘too much’ popular democracy, but that we have never had enough of it. The potential solution is to revive the real spirit of democracy, and claim it back from the fakers.