Labour: from socialism to miserabilism

Corbynistas are made more outraged by the rich than by poverty. 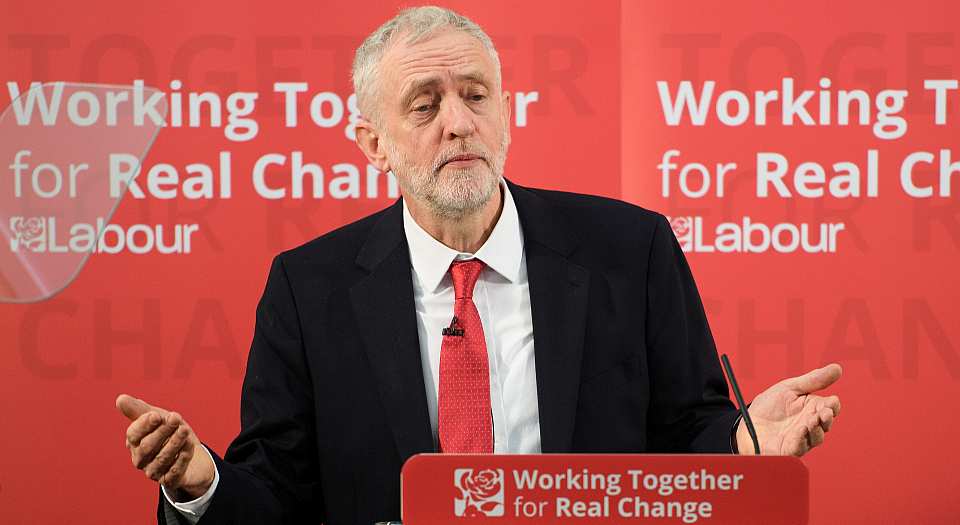 You know something’s gone badly wrong in left-wing politics when a nominally left-wing party decides to use Donald Trump as a shining example. Yes, he won an election, but as so far as socialist values go, most find Trump to be decidedly lacking. And yet, late last year, UK Labour Party strategists announced a new campaign to set up Jeremy Corbyn as the left’s answer to Trump, in an attempt to harness the current anti-establishment political trend. Perhaps it was Trump’s obsession with Twitter that swung it for Corbyn’s advisers – Labour, after all, long ago abandoned the working man for the Twitterati.

Needless to say, the relaunch is not going swimmingly. Last week, Corbyn told the Today programme he would like to see a cap on high salaries to correct pay inequality. Yet a few hours later, in his relaunch speech in Peterborough, he seemed to have tempered this inclination slightly by talking about ‘pay ratios’ instead. Either way, the idea behind the policy is baffling coming from a politician who is attempting to win popularity among working people.

As Ed Conway pointed out in The Times, income inequality in the UK is actually going down, and is lower than in other countries such as France and China – something which Corbyn was apparently unaware of.

In reference to pay ratios, Corbyn said: ‘This is not about limiting aspiration or penalising success, it’s about recognising that success is a collective effort and rewards must be shared.’ But how could it not be limiting? It shows a complete lack of understanding of the inherent aspiration of most working people. People who work hard want more – and so they should. Corbyn has once again highlighted the growing chasm between his party and working people. Instead of offering people something to work towards and a chance for bettering their situations, he thinks punishing the wealthy is the way to win voters.

Rich-bashing and constant talk of limits have become the norm for the Labour Party and its miserabilist outlook. The left used to be about demanding more for people; today it asks: how can we share the misery around? Where once low wages were a source of outrage for the left, now they mainly sneer at high-earners. Corbyn called footballers’ salaries ‘utterly ridiculous’. Most footballers come from working-class backgrounds. Surely the fact that they have so bettered their own standing in the world should serve as an inspiration to others, not be a source of consternation.

The miserabilist tendency among the left has been apparent for a while now. While Labour supporters have marched in their thousands against so-called Tory austerity measures, it is they who regularly call for limits to our way of life. It can be seen in the the left’s love for environmentalist policies, its anti-progress stance against fracking, and its dismay at the West’s growing population.

In harnessing this spirit of self-flagellation, Corbyn is tapping into a wider phenomenon in our society. It can be seen in the endless list of Public Health England initiatives which routinely tell us we are too fat, too lazy and drink too much, and a mainstream media which endorses this diatribe. Our society is constantly buffeted with the message that consumption is bad and excesses are evil. And now, according to Labour, you can also earn too much.

As worldviews go, it’s bleak. But it is not one we have to accept, and those who consider themselves left-wing should be leading the fight against it. Labour has muddled the preaching of the left-leaning metropolitan media set with the desires of ordinary people – the people the party was set up to represent. The left used to believe in the agency of man, in the capability of human spirit and determination to drive progress for individuals and society; Corbyn offers no such inspiration.

In aligning themselves to this anti-progressive outlook, Labourites have abandoned one of the key principles of socialism. The great suffragette and proponent of prosperity Sylvia Pankhurst wrote: ‘Socialism means plenty for all. We do not preach a gospel of want and scarcity, but of abundance… We do not call for limitation of births, for penurious thrift, and self-denial. We call for a great production that will supply all, and more than all the people can consume.’ If Labour genuinely seeks to reach out to ordinary people it must drop the talk of limits and embrace the principle of ‘plenty for all’. Against the current miserabilist mindset, that really would be radical.