Newspapers are being forced to recant their questioning of Islam. 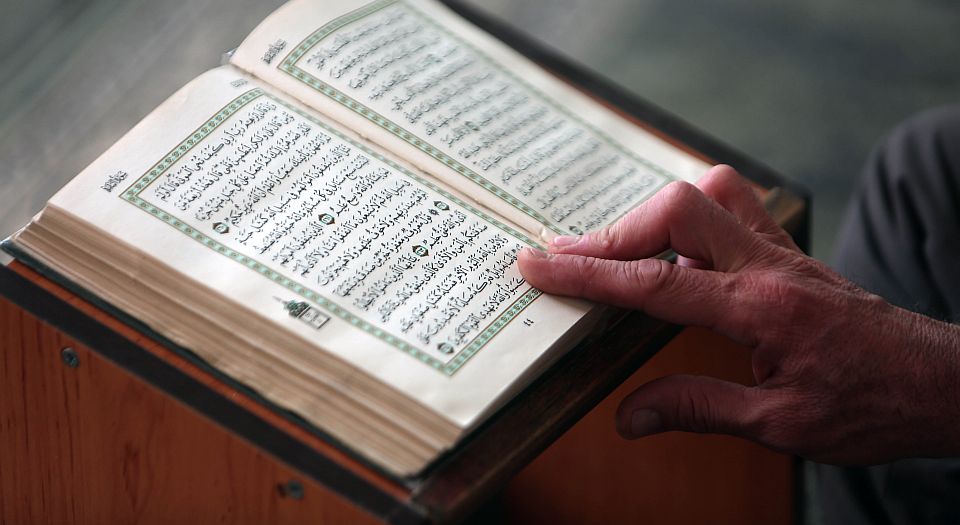 ‘We are happy to make clear that Islam as a religion does not support so-called “honour killings”.’ Last August that sentence appeared in the corrections pages of both the Sun and the Mail Online. Why had these newspapers suddenly felt inclined to weigh in on this contentious theological debate? Because a complaint had been made against them to the Independent Press Standards Organisation (IPSO), the non-state-backed press regulator set up after Leveson. It was lodged by Miqdaad Versi, the assistant general secretary of the Muslim Council of Britain, acting in a personal capacity.

Versi took issue with the way the papers had reported on the tragic killing of Saima Khan, a woman who was stabbed to death in a suspected honour killing in Luton. First the Mail Online, and then the Sun, reported on it May 2016, and had the temerity to refer to it as an ‘Islamic honour killing’. Honour killings, Versi said, were rooted in culture, not faith. Though the Sun and the Mail at first challenged this, IPSO ruled they were in breach of the editor’s code regarding accuracy, and the papers capitulated, printing what was not so much a retraction as a theological declaration.

Just take that in for a moment. Versi was effectively able to leverage an independent regulator to force newspapers to print what he deemed to be the true interpretation of his religion. He told the Guardian that ‘it is vital that news outlets do not encourage Islamophobia through the usage of clearly inaccurate and inflammatory headlines’. But neither of these reports were inaccurate, necessarily. Islam is a body of teachings, principles and texts, interpreted differently by Muslims and non-Muslims across the world. Whether or not it ‘supports’ honour killings is not something anyone can say definitively – certainly not a press regulator.

As the National Secular Society has pointed out, there are many Muslims across the world who would disagree with Versi: in many Muslim-majority countries, the belief that women can be murdered in some circumstances is common. Whether or not Versi or IPSO claim to have the direct line to paradise, the question of whether Islam supports honour killings is up for debate, like anything else. And, indeed, the newspapers weren’t even necessarily weighing in on that debate. The Sun argued that it was merely reporting that the honour killing was being investigated as such.

This is backdoor blasphemy law, and it’s positively pre-modern. Just as Henry VIII cracked down on heretical publications – which were spreading reformist religious ideas he would, ironically, later enforce – IPSO was complicit in pressuring these papers to print a quasi-official interpretation of Islam. In some ways, it’s far more insidious. Islam isn’t the state religion. And IPSO isn’t the Star Chamber. The terror of appearing ‘Islamophobic’, of daring to even raise the dark side of Islamic practice, has led an independent institution to force papers to self-censor, to bow to, in this case, one man’s interpretation of a religion.

Versi’s exploits don’t stop there. Since the publication of the Casey Review into integration in December he’s gone into overdrive. The much-touted claim that people in ‘Islamic enclaves’ are so isolated that they believe the UK is 75 per cent Muslim turned out not to be true: the figure came from a survey of one largely British-Asian school, in which the students believed the UK was somewhere between 50 and 90 per cent Asian. After Versi lodged complaints with IPSO, various newspapers – including The Sunday Times, the Express and the Mail Online – either apologised or pulled the story.

When newspapers get things wrong some may feel morally obliged to retract their claims – others may not. A free press means giving editors the freedom to publish and be damned, by readers who are free to challenge them in the court of public opinion. But this particular fluff-up looked more like a product of churnalism than some hidden Islamophobic agenda. The Sunday Times’ correction noted that it published its report before the full review was even released. And it wouldn’t be the first time that a statistical misreading made it around the world before the truth got its boots on.

These complaints were clearly about more than correcting a journalistic error. On Twitter, Versi accused the papers of ‘spreading hate’. And when looked at in tandem with his previous complaints it would be fair to say this was nitpicking with an agenda. He seems intent on forcefielding Islam, and issues that involve Muslims, from robust discussion. This will only chill discussion of important issues. The Casey Review proved so explosive because it tapped into keenly felt concerns about multiculturalism. And, as spiked has long argued, any real egalitarian should be concerned about the splitting of society along ethno-religious lines.

But this is bigger than Versi. The Islamophobia industry – the loose network of self-touting community representatives and Islamic groups – piles on anyone who dares criticise or ridicule Islam, or those who merely probe at issues affecting Muslim communities in a less-than-deferent manner. And from Stop Funding Hate to IPSO, it now has strong allies among nominally secular Brits and institutions, who have colluded in the specious conflation of Islam (an ideology) with Muslims (a group of people). We all pay the price for this. In this climate, crucial topics are swept under the carpet and free debate is further eroded.

The idea that the media are ridden with anti-Islam prejudice is ridiculous. Islamophobia has become akin to a secular sin. Regulators are forcing publications to apologise for daring to criticise Islam. There may be a few lairy, attention-seeking columnists who have taken it as their mission to rail against all things Islamic. (Katie Hopkins recently had to apologise for falsely claiming a Muslim family who had been chucked off a plane in the US were linked to extremists.) But they’re only making un-PC hay out of a touchy, fearful climate around the subject of Islam that people like Versi are intent on maintaining.

We fought for centuries in this country for the right to criticise, ridicule and expose religion. That newspapers are now hauled over the coals for blaspheming against Islam is an outrage.