Who decides what is fake news?

The German clampdown on ‘misinformation’ is a threat to free speech. 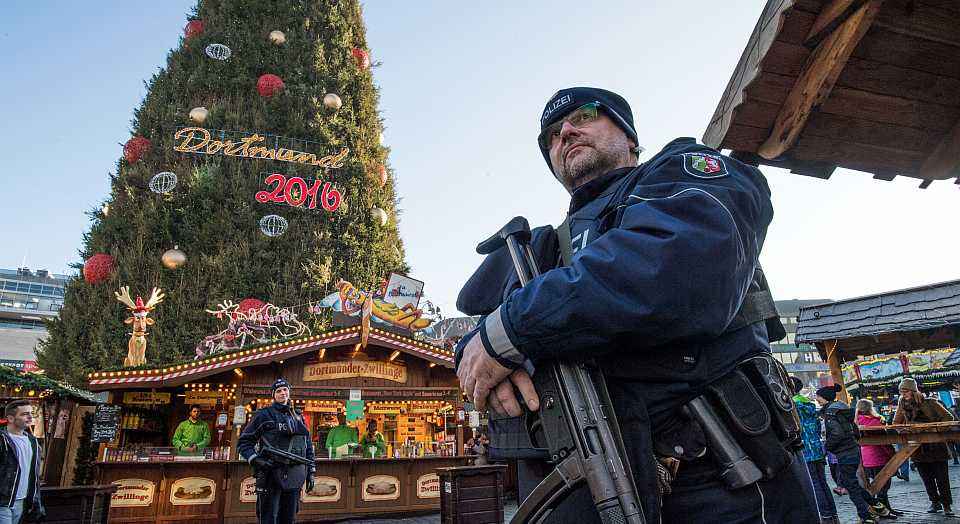 Fake news has become big news in Germany. Facebook in particular is being accused of facilitating the spread of hoaxes and misinformation. According to government officials and media commentators, this fake news could influence Germany’s elections later this year.

A Breitbart article claiming that a mob of Muslim immigrants burned down a church in the city of Dortmund is held up as an example of fake news. ‘Fake news: how Breitbart manipulates facts and lets a mob riot’, said one headline. ‘Politicians are alarmed’, the report continues, pointing out that the head of the electoral body Bundeswahlleiter, which oversees elections in Germany, thinks fake news could impact how people vote.

But what, exactly, would be banned? What would Facebook and other sites be forced to take down? What is fake news? It is striking that in almost all German reports on this issue, the English term ‘fake news’ is used, as if this were a new phenomenon, thus requiring a new phrase. In the past, when a German newspaper or magazine published false information, the German words Falschmeldung or Zeitungsente would have been used. One of the most famous cases of Falschmeldung was the publication of the fake Hitler’s diaries in 1982. There have been countless others, including TV broadcaster ARD, who had to apologise for a series of incorrect reports about the conflict in Ukraine. Germany’s adoption of the English term feeds a sense of alarm; it implies that Germany is under threat from a novel phenomenon, and one that largely comes from without, with Mark Zuckerberg, Putin and Trump held up as instigators.

It is precisely because of its malleability that ‘fake news’ is a dangerous concept. If a Defence Centre Against Disinformation were only to concern itself with plain and imminently dangerous lies – like the one that spread after the Berlin terror attack in December, when a WhatsApp message warned of an imminent new attack on a shopping centre in Neukölln – then it wouldn’t actually be needed. For it is already an offence in Germany to spread such immediately threatening misinformation.

But there is more to ‘fake news’ than just lies. What is now discussed as ‘fake news’ is not simply completely made-up things, which should enjoy freedom too, though of course they must be challenged; news that comes in a certain style or with a certain opinion, one that the elites do not like, now also runs the risk of being branded ‘fake news’.

Consider the Breitbart report on the burning of the church in Dortmund on New Year’s Eve. It was sloppy, prejudiced, and in parts wrong, but it wasn’t really a lie. It was based on a report in Ruhr Nachrichten, a local paper in Dortmund, which it exaggerated in a tendentious way. Breitbart claimed that a mob of a 1,000 men, chanting ‘Allahu Akbar’ had set the roof of Germany’s oldest church on fire. The original German report said groups of mainly foreign young men had roamed the streets of the city before joining another group in a local square; there were at least 1,000 people. From within this group, some fireworks were thrown at the police. On a different street, probably as a result of fireworks, a fire started on the netting on the scaffolding surrounding the church. Firefighters put it out.

The main problem is that Breitbart misled readers into thinking that the situation in Dortmund was out of control because immigrants were running amok. In fact, the night had been like most New Year nights in Germany, as the police later pointed out. Young men roaming the streets and setting of fireworks is a normal part of Germany’s New Year celebrations.

Breitbart is known for being provocative and insincere. But to clamp down on its stories in the name of protecting the German public from fake news would be chilling. Those calling on the state to tackle misinformation seem to believe there are some people — in the political and media class — who have that rare insight into what is true, and what is false. And who therefore know what the German public should and should not be allowed to read.

Is the political class really all-knowing? Ironically, Thomas de Maiziere, our interior minister and one of the main proponents of a war on misinformation, has himself been accused of spreading fake news. An internet platform called Hoaxmap, which aims to expose fake news, has included some of de Maiziere’s postings and comments in its lists. In one, he said 30 per cent of those claiming to be Syrian refugees were not really Syrians; in another he accused German doctors of undermining deportations by frivolously handing out sick notes to migrants. As Hoaxmap says, these claims have not been substantiated.

It isn’t only politicians who are worried about ‘fake news’; the media are, too. In a piece titled ‘The Power of Truth’, in Berliner Zeitung, Brigitte Fehrle wrote about how much she is fearing this year — ‘because of the poisonous mood… because we know the extent to which social media now dominate the public’. In an open letter to Mark Zuckerberg, titled ‘Yes, Mark, Facebook does bear responsibility for Donald Trump’s victory’, the editors of Wired Germany demand that Facebook add warnings to unserious news reports. Is it any wonder politicians feel they have the right to censor ‘fake news’, or just exaggerated stories, when the media are effectively calling on them to do so?

There are some critical voices. The German Journalists’ Association says talk of a government campaign against misinformation is ‘gibberish’. But for the most part the media are going along with, and stirring up, the fake-news panic. Traditional news outlets have been under great pressure from social media in recent years. They have lost readers, listeners and viewers to internet platforms. They have also found themselves being criticised more. Many media people were shocked when supporters of the right-wing movement Pegida started ranting against ‘the press’, sometimes using the term Lügenpresse (‘the lying press’). They were accusing the established media of telling lies before the term ‘fake news’ was coined. The traditional media’s attacks on social media can be seen as a fightback against these trends, an attempt to say: ‘We are still the serious media, and you are unserious.’

The warnings against fake news also reveal the establishment’s fear that things are spinning out of control. They especially fear losing their grip on the public’s imagination — this is what Fehrle meant when she wrote of social media’s new hold over the public. The most striking expression of this fear came with last year’s spate of sexual assaults by Muslim men on women in Cologne, when the authorities went out of their way to cover up the attacks. The paternalistic sentiment behind this cover-up — to withhold certain information or ideas from the public — is still strong. So in response to the Breitbart report on the burning of the church, one politician said: ‘The danger is that these stories spread with incredible speed and take on lives of their own.’ This is another way of saying that these reports will stir up dangerous public passions, so the authorities must keep a check on the flow of information.

Ironically, it is this deep distrust in the public’s powers of judgement that has led to ‘fake news’, or simply alternative news, becoming so popular: people are turning away from established narratives. There will always be liars and attention-seekers. We should challenge them, of course, in the public sphere, not with fines and bans. Even more importantly, we must challenge all attempts at censorship.