Academics should teach students – not look after them. 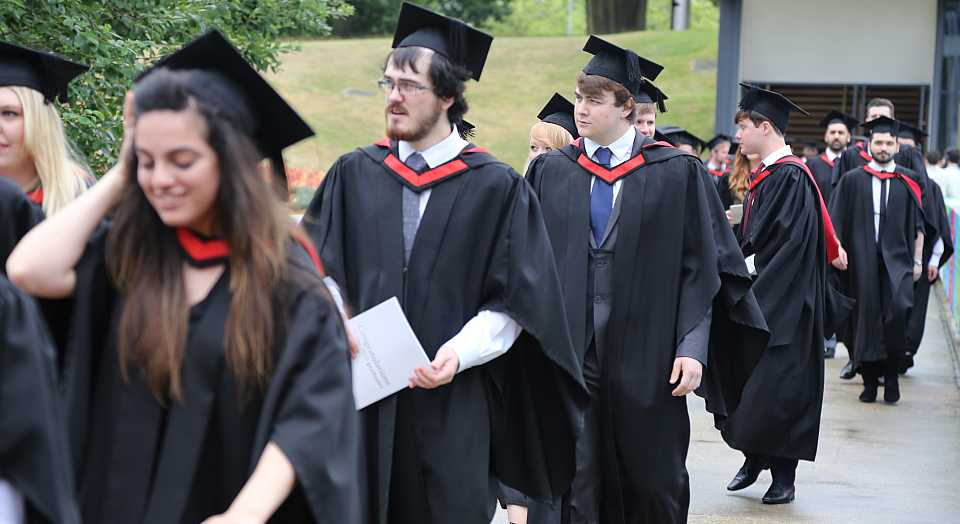 The new year has barely got underway and universities are already making headlines for all the wrong reasons. Students have been ridiculed after it emerged that the University of Glasgow has issued theology students with trigger warnings about the crucifixion. It’s hard to know what’s more bizarre – the assumption that theologists have so little knowledge of the Bible that they need plot spoilers about the crucifixion, or the permission they now have to opt out of classes covering it if they are upset. Presumably Herod and the massacre of the innocents is omitted entirely. It’s not just Glasgow: at universities throughout the country students are now routinely warned that they may find the most fundamental elements of their course, such as blood in forensic science or rape in the study of law, distressing.

Despite the outrage directed at the snowflake generation, for the most part it is not students who are clamouring for trigger warnings. Instead it is a band of overly sensitive academics, administrators and diversity officers who pre-empt distress and trauma. In a statement, the University of Glasgow said: ‘We have an absolute duty of care to all of our students and where it is felt course material may cause potential upset or concern, warnings may be given.’ This view of young people as vulnerable has already been projected on to prospective students by schools and mental-health campaigners, who teach students to see themselves as unable to cope with the stresses of everyday life.

Glasgow’s recourse to ‘duty of care’ is revealing. In the UK, universities stopped having formal in loco parentis responsibilities for students when the age of majority was lowered from 21 to 18 in 1970. Since then, institutional duty-of-care policies have been used to guard the safety and wellbeing of students. Over time, duty of care has expanded to encompass not just physical but emotional safety. Increasingly this means protecting students from what would, not that long ago, have been considered integral aspects of student life, such as negotiating sex and relationships, dealing with exams and challenging course content, or living away from home for the first time.

Yesteryear’s draconian curfews and single-sex dormitories were ridiculed and flouted by rebellious students. Today, in contrast, supposedly radical students demand universities better uphold duty-of-care legislation. Having internalised the notion of vulnerability, they campaign for more consent classes, more puppies for de-stressing sessions, more trigger warnings, and the removal of nasty statues. They demand white philosophers be relegated and course content be judged not on intellectual merit, but on biology. They want disciplines to encompass diversity of skin colour rather than the best that has been thought and said.

In what’s become a vicious circle, such demands have traction because universities need, above all else, to have satisfied students. Institutions treat the annual ritual of final-year students completing the National Student Survey with absolute seriousness. Despite having been roundly and frequently criticised, the survey results, interpreted crudely as a measure of satisfaction, are used to rank universities in the league tables – which are crucial to securing the next intake of fee-paying customers.

Universities, competing for students, sell higher education. For anxious parents, duty of care has become a product: universities ease the transition from childhood to adulthood. Students, meanwhile, can expect not just to be cared for but to be ‘satisfied’ with their student experience. This is what students are told to expect in return for their tuition fees.

This week, the latest Higher Education Bill is currently making its way through parliament. This legislation proposes, among other things, plans for a new Teaching Excellence Framework (TEF) to rank universities according to the quality of teaching they offer, and to allow those judged to be performing better to charge higher fees. The bill also proposes lowering the threshold that private providers must meet to become degree-awarding institutions – in other words, it opens up the higher-education marketplace to new entrants.

The opposition the bill is meeting in the House of Lords is being loudly cheered on by many within universities. The chief criticism is that it will force ‘market dogma on universities’ that don’t want further commercialisation. Students have protested against the bill, demanding instead a ‘free, liberated higher education system which values education as a social good’. Academics have argued the bill undermines ‘the autonomy and vigour of Britain’s universities’.

The Higher Education Bill should be opposed. The TEF in particular spells disaster for academic autonomy and university teaching. It returns us once more to a groundless equation of satisfaction with quality. But those who care about higher education must not delude themselves that an unpopular government proposal getting a kicking by a few unelected lords will turn the tide on the marketisation of universities, or transform the student consumer into the scholar of yore. The legislation currently before parliament stems from an instrumental view of education that has become entrenched over decades by successive governments of all colours.

It is not tuition fees or different types of institution that create customers and markets. Rather, it’s the view enculturated in prospective students, long before they end up at a university, that their satisfaction is paramount – that whatever they demand will be acted upon and their emotional safety is all important. The message that students can dictate the content of the curriculum and be protected from all unpleasantness – be it Bible stories or discussions of rape – socialises students into seeing themselves as consumers and higher education as a product. But challenging this requires many academics to go beyond criticising the current government and question their own beliefs about what higher education is for.

At the moment, higher education in England has to meet the demands of both fee-paying student customers and state regulation that determines everything from what counts as research to recruitment in the form of widening-participation initiatives. Institutional autonomy and academic freedom require a broader cultural shift away from seeing universities as therapeutic finishing schools for the vulnerable, and reclaiming the idea of higher education as an intellectual project.

Picture by: University of Essex, published under a creative commons license.