The sacralisation of the NHS reduces citizens to patients. 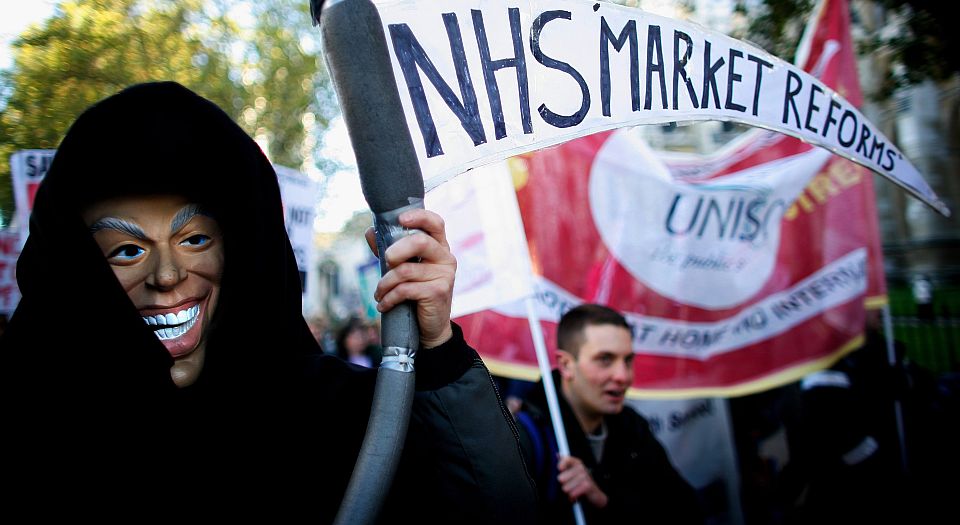 So, the NHS is in crisis. Again. And not any old crisis, either: this time it’s a ‘humanitarian crisis’.

At least that is the view of the British Red Cross, which took time out from highlighting the plight of Syrian refugees to draw attention to the ‘large numbers of vulnerable people facing a threat to their health, safety or wellbeing’ due to NHS staff shortages, a lack of equipment and, more broadly, a chronic funding shortfall. The UK government, clearly unhappy about the state of healthcare in the UK being equated with the death and destruction being visited upon Syrians, countered that the problems experienced by patients this winter are no worse than previous winters. Still, as one report points out, ‘the large number of hospitals declaring a red or black alert – their way of saying that they can’t cope, at least temporarily – is not normal’.

And yet, there is a grain of truth in the government’s brush-off. That is to say, the NHS is always seemingly in crisis. In the autumn, for example, it was revealed that hospitals in England had ran up a record deficit of £2.2 billion, which is some going given it recorded a funding surplus of £546million in 2012-13. Before that, there was a ‘crisis’ in accident and emergency wards over the shortage of emergency doctors. Before that there was the junior doctors dispute which, we were told, was set to plunge the NHS into ‘crisis’. And so on.

The perpetual re-emergence of the NHS’s crisis narrative testifies, in part, to deep-seated problems. This is a huge, monolithic organisation – the fifth largest employer in the world – which, thanks to the aim-setting nature of management, has routinised carelessness, manifest in the myriad tales of care-home abuse and patient maltreatment, in the pursuit of hitting targets; a huge, monolithic organisation that has expanded, hectoring and nannying, into the realm of individuals’ lifestyles, all in the name of public health; a huge, monolithic organisation that, with its expansion, makes ever greater claim on the public purse. And all this expansion, all this increasing of demand, is happening at a time when government spending on the NHS, although it is continuing to rise, is doing so at a declining rate.

Yet here’s the odd thing about the perpetual crisis in the NHS: no matter how severe the problems, no matter how poor the service provision, no matter how intolerable the current set-up, the much-publicised crisis never provokes an interrogation of the nature of the NHS. The NHS is always there to be saved, never criticised. Every time patients are left unseen on trolleys in a hospital corridor, or the ill and the injured are left untreated in an understaffed emergency room, the causes are always located outside the NHS, usually at Tory headquarters, where, according to lefty legend, Hayek-reading, privatisation-hungry Thatcherites are dreaming up ever-more convoluted ways to ‘destroy the NHS’. The NHS’s problems are always someone else’s fault. There is never anything wrong with the NHS itself.

That the NHS is seemingly beyond criticism is hardly surprising. After all, as this weekend’s Observer put it, ‘it is much more than a provider of healthcare – it is a cherished national institution’. And as such, it is no longer to be questioned or improved like any other public-service provider; it is beyond criticism. Indeed, it’s a moral symbol; a ‘source of national pride’; a manifestation of British virtue. Where once Brits were encouraged to look to the imperial past as a source of glory, today they’re to look to Moorfields Eye Hospital or Great Ormond Street. This is why the NHS was the centrepiece of Danny Boyle’s London 2012 opening ceremony, and why the following year it beat both the monarchy and Team GB in an Ipsos-Mori poll on reasons to be proud to be British. For Britain’s cultural and political elite, the NHS has become the closest thing there is to a bona fide source of national identity and quasi-moral purpose, a reason to fight, an ideal to be defended. It is near enough sacred, or at least, to quote the former chancellor of the exchequer Nigel Lawson, ‘the closest thing the English have to a religion’.

But the valorisation of the NHS, indeed its sacralisation, and the reason why it’s so resistant to criticism, touches on something else, too ’ namely the changed relationship between the state and civil society.

That is, the NHS, this most sacred of secular cows, has become just about the only way for the state to establish a meaningful relationship between itself and its citizens. It provides the state with its moral purpose, and citizens with an idea not of the Good Life, but of the Healthy Life. It allows the state to relate itself to us not as citizens so much as patients, apparently with an ever-expanding set of biological and increasingly mental needs. Through the idea of the NHS, the state can connect to us as our carer, our protector, our alcohol-averse, anxiety-assuaging healthy-lifestyle guru, ‘from cradle to grave’. No wonder, to quote one champion of the NHS, ‘the strength of [our] attachment to the NHS… reflects its presence on some of the most important days of our lives’. Because, almost like God himself, the NHS really does aspire to be present in our lives, guiding us through according to the disguised moral imperatives of health and wellbeing.

This transformed relationship between state and citizen, given form in the NHS, doesn’t only reduce the citizen to little more than a biological entity to be preserved and protected; it also damages the NHS by transforming it from a health-service provider, there to treat us when we are ill, or pregnant, or injured, into the means by which the state connects with, and mediates, our lives. This is why the NHS seems to get bigger and bigger. Because it is informed by the state’s urge to connect with us, by turning more and more of us into patients, into those who need treatment, care and guidance. Not for nothing did UK prime minister Theresa May, the supposed scourge of the NHS, announce plans this week to expand the NHS’s mental-health provision for young people.

So the NHS doesn’t need saving; it needs demystifying. And perhaps then, stripped of its ideological role as the long therapeutic arm of the state, it might be possible to have an honest and open debate about what exactly we want from a national health provider. A point-of-need service, or a secular religion?