The narcissism of the Western response to Aleppo is breathtaking. 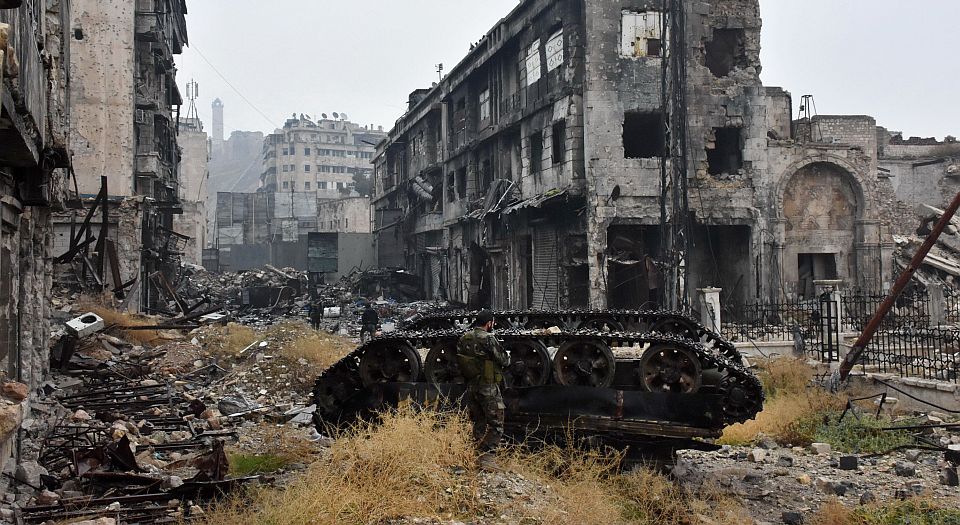 Imagine looking at Aleppo and thinking primarily of yourself. Imagine reading about the violence and deprivation in this city and wondering what it all reveals about you. Imagine treating Aleppo, less as a wartorn city brought to ruin by a lethal combination of Western and regional meddling followed by a brutal air campaign by Russia and Assad, and more as a litmus test of your own decency; a theatre in which to act out your own moral psychodramas and re-enact your own petty political battles. Incredibly, this is happening. The Western political and media elites’ response to the tragedy of Aleppo has not been to work out how this horror came to pass, far less what role they might have played in it; it has been to turn Aleppo into a stage upon which they might say something about themselves, prove themselves, absolve themselves.

Virtue-signalling has gone global. Where once war was ‘the continuation of politics by other means’, in Clausewitz’s famous words, the Syrian disaster suggests it is now the continuation of tweeting by other means. Many in the West, especially in so-called liberal circles, have transported their moral self-advertising from the virtual world of Twitter into the real, bloody world of war. They hope to discover in Aleppo not a reason for all this, or some solution to it, but a framework for their own morality, and for their lives fundamentally. One columnist wonders what we see ‘when we turn off the pictures from Aleppo and look in the mirror’. A narcissist, perhaps? Someone so vain he thinks other people’s war is about him? Aleppo has become an ‘exemplar of something else’, says a writer for the Atlantic. Of what? You guessed it: of us, and our attitudes, and our need to do better; to jettison our ‘indifference’ and ‘fecklessness’ and become more moral and assertive in the world. Aleppo is a calling.

The speed with which the tragedy of Aleppo has been bent to our political needs, made into our moral struggle, not their bloody one, is staggering. It’s especially pronounced in Britain, where a lost, exhausted Labour left is using Aleppo as a backdrop to its own petty infighting. They’ve marshalled Aleppo to the shallow clash between Corbynistas and Corbyn haters, the former insisting Jeremy Corbyn is doing a good job of condemning all sides in Syria, the latter insisting Aleppo has exposed Corbyn’s uselessness, or, worse, his sympathies for Russia. ‘Are we all Jeremy Corbyn now?’, worries one anti-Corbyn Labourite in a piece on our attitudes to Aleppo. We must be louder and braver if we ‘do not want to see Corbyn’s face in the mirror’, he says. To bind up Aleppo in the internecine dinner-party squabbles between the rumps of a flagging Labour Party, in the question of what kind of lefty we see when we look in the mirror, requires extraordinary levels of self-obsession. Corbyn-critical Labourites have held protests calling on their party leader to ‘do more’ on Aleppo. Of course there’s nothing Corbyn can do – this is a man bereft of good policy ideas for Britain, never mind for horrifically complicated warzones. No, these protesters merely use Aleppo to the end of questioning Corbyn’s fitness to lead. They refashion a foreign disaster into a domestic weapon.

When the Morning Star this week published its infantile front page referring to Assad’s and Russia’s assault on rebel strongholds in Aleppo as a ‘liberation’, the extent to which British Labourites have made Aleppo all about their own political and personal travails became brutally clear. If you ‘associate with this traitorous scum’, said Labour MP John Woodcock of the Morning Star, then ‘you’ve no place in our politics’. Aleppo is little more than fuel for purging, a means of cleaning out Labour, for redefining, or rediscovering, its purpose. Corbyn’s inner circle responded by saying Corbyn has ‘repeatedly condemned’ Russia’s and Assad’s actions. Others in Labour chastised former leader Ed Miliband for organising the vote against British intervention in Syria in 2013. ‘I still feel sick [over that]’, said Woodcock. ‘The greatest regret of my life’, said another. Me. Feelings. Emotion. Sickness. As Freddy Gray of the Spectator says, the question of foreign policy is now intimately bound up with ‘politicians’ feelings’.

Elsewhere, Aleppo has become all about restoring Western prestige, or at least finding some meaning for the West. It ‘shames us all’, says Boris Johnson. It’s a ‘symbol of American weakness’, says one columnist. Aleppo is always a symbol, an exemplar, a mirror, a test. Aleppo calls on us to re-energise the ‘ideas we have cherished since the Second World War’, says another columnist. This transformation of Aleppo into a pool in which we might behold our own reflection echoes the Western discussion of Syria over the past five years. Continually, Syria has been treated less as a nightmarishly complicated conflict than as a question mark over our heads. The talk has been of moral obligations, generational tests, reviving Western ideals, with Syria ‘hold[ing] up a mirror to Britain’ and asking ‘what sort of country are we?’, in the words of one observer. Enough with the mirrors, please.

This is self-discovery, not geopolitics. It’s therapy over realpolitik. Where politicos in the West once looked and ventured abroad to remake parts of the world in accordance with their own interests, causing much conflict in the process, now they do so in desperate search of an interest, a focus, a feeling that they’re still relevant, and good. Even if doing so causes greater harm. As Tony Blair’s former speechwriter Philip Collins has argued, yes Western intervention in Syria ‘will mean chaos’ – ‘But there is chaos already’ and at least the chaos we might cause will also express our ‘revulsion’ at Assad’s crimes, a ‘revulsion too profound to be written off as adolescent or unrealistic’. ‘It is important to add weight to our moral impulse’, he said. This is what Syria has become to many in the West: a moral opportunity. A convenient platform on which to make a spectacle of our ‘moral impulse’ that has so few outlets in these otherwise strange, unsettled times. Collins protests too much when he says this urge is ‘too profound to be written off as adolescent’ – it is the definition of moral adolescence to think everything is about you, and to think that acting in the name of good is good even when it does harm.

The consequences of all this narcissism are dire. The reduction of a war to a black-and-white morality tale – featuring evil Russians and Assad on one side, and me, me, me, decent people with a strong ‘moral impulse’, on the other – necessarily entails the obliteration of complexity, and of understanding itself. Witness how anyone who raises any questions about the Western media narrative on Syria risks being branded a Putin apologist: intellectual, political debate is deeply suspect in the theatre of moralism fashioned on Syria’s rubble by politicians and observers in the West. The end result is inevitably misinformation: finding out what is really happening in Aleppo, and more importantly what brought this horror about, is extremely difficult when an adolescent script of good vs evil is almost uniformly accepted across the Western media, and when anyone who criticises it is cast out.

Worse, the transformation of Aleppo into a morality tale in which the West is implored to do more, to find its ideals, to make it okay again for pained observers to look in the mirror, obscures the fact that the West has actually done too much in Syria. It paints the West as idle bystander, and calls on it to act on its better moral impulse, overlooking that Western political, military and intelligence meddling over the past five years, before Russia’s bloody arrival, fomented and deepened this war, and pushed cities like Aleppo to the horrific precipice they now teeter on. This is the key problem when you bathe in the glare of your own political virtue – you become blinded to reality, and to complexity, and finally to humanity itself.