Debunking a new study predicting which kids will become a ‘burden’. 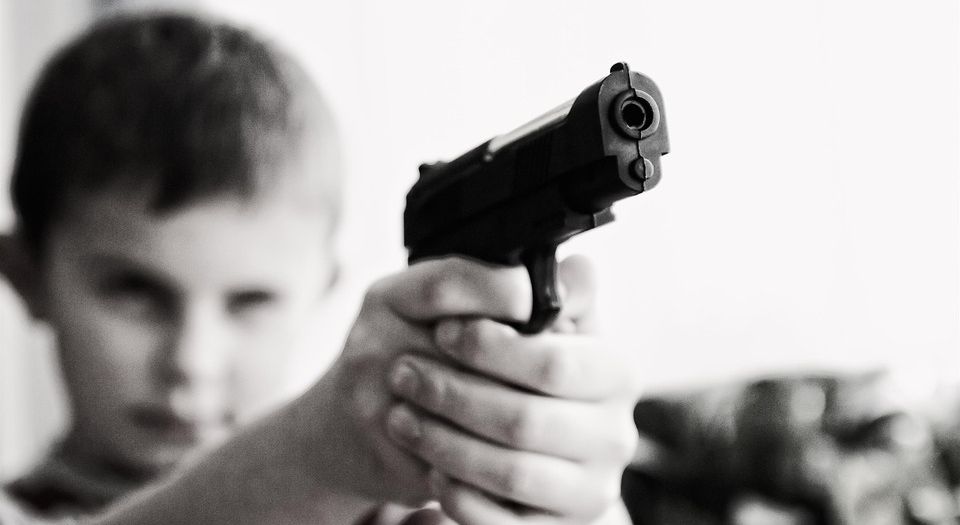 The front page of today’s Times says: ‘Three-year-olds can be identified as criminals of the future.’ Yesterday, the Guardian reported ‘“High social cost” adults can be predicted from as young as three’. Meanwhile, the BBC and Daily Mail went with ‘brain tests’ at age three can ‘predict children’s futures’.

These stories come from an article published in the journal Nature Human Behaviour. It was written by an international group of researchers who have been crunching data from a study of just over 1,000 individuals born in the New Zealand city of Dunedin between 1972 and 1973. The research team is made up of psychologists, psychiatrists, behavioural scientists and a statistician, and all have a strong interest in the relationship between genes and environment.

Their attention-grabbing claim is that an assessment of the IQ, social deprivation, maltreatment and self-control of members of the sample, carried out at the age of three, was predictive of the ‘economic burden’ they would place on society by the age of 38. The study claims that 20 per cent of the cohort was responsible for the majority of ‘high cost’ behaviours as they reached mid-life. The eight behaviours they considered to be ‘high cost’ to the public purse were:

They apparently found that each of these individual behaviours was concentrated in 20 per cent of the sample, as, when aggregated, were multiple high-risk behaviours. They did not put a value on these burdens, leaving us to ponder whether a smoker pays in more in taxes than he or she take out in healthcare, or whether a non-resident father can be assumed to be ‘feckless’, or indeed whether all people who carry ‘excess weight’ are a drain on health services.

The study conjures up an image of an unedifying group of fat, fertile, sick, sponging criminals, with fags hanging out their mouths, dragging down the 80 per cent of respectable people who work hard and look after themselves. And this is no accident. I think the research was designed to find precisely this; all the number-crunching was designed to construct a picture of the ‘shameless’. Doing my best to delve into the impenetrable methodology, it struck me that, actually, many of the problematic behaviours are actually spread across the sample. This is what I have worked out:

So looked at another way, 30 per cent of people were all-round goody two-shoes, one person was a total ne’er-do well, while a minority — 206 — had a few bad habits or had experienced bad luck such as illness or poverty, not necessarily prolonged. There were a total of 2,141 convictions for adult crimes (excluding routine traffic offences) over 32,900 total years, but 97 per cent of these were concentrated in 20 per cent of the sample. It is noticeable that the researchers do not give the number of those with multiple convictions, but presumably this is much smaller than 20 per cent. A more positive spin could be that the vast majority of the sampled citizens of Dunedin had been law-abiding throughout their teens, twenties and thirties.

The researchers admit that they imposed the 20 per cent figure on to the data to fit with the ‘Pareto principle’, a strange statistical claim that, for many events, roughly 80 per cent of the effects come from 20 per cent of the causes. It is treated here as some kind of natural law, because it is familiar to ‘researchers, policymakers and the public’. In other words, it was chosen to create a big enough problem group to catch headlines and to allow the inclusion of a sciencey-sounding concept.

Despite the article accusing certain people of ‘saddling’ society and government with both direct and indirect costs, in her press promotion for it, one of the higher-profile authors, Terrie E Moffitt, said that we should have compassion, not opprobrium, for these people. But she still managed to slip in a reference to them being misconceived as ‘lazy layabouts who are happy to live off the public purse’.

The argument the authors seek to make — for this is really advocacy research, not impartial, exploratory science — is for more public investment in early-intervention programmes, targeting the youngest children. This is despite the fact that, as the article admits, the study does nothing to explore the causal and mediating mechanisms at play between the childhood and adult measures. This didn’t stop the BBC’s Pallab Ghosh speculating that ‘low cognitive test scores for skills like language indicate less developed brains, possibly caused by too little stimulation in early life’, in a nod to the increasingly popular trend of neuroparent-blaming.

The authors use their own concept of ‘brain health’ to encapsulate the range of tests performed on the young children at the start of the data collection. These included assessments of motor skills, language, social behaviour and IQ. It’s a bit difficult to see how IQ can be measured at the age of three, but there you go. It is also possible that children who are a bit slower to hit milestones as infants will score badly across all of these measures. This may indicate a biological problem or it may just mean they will catch up with their peers at a later date. Inventing the term ‘brain health’ could also be designed to capture headlines by promising a definitive measure of infant neurological disadvantage predictive of future adult dysfunction.

As the authors also acknowledge: ‘As a final limitation, we are aware that from a different perspective, the economically burdensome behaviours we have studied can be considered economically generative, or at least neutral. Smokers fuel the tobacco industry; crime provides jobs in policing, courts and corrections; hospital admissions, prescription fills and injury insurance claims animate the healthcare and pharmaceutical industries. Such cost-benefit analyses were beyond our scope. Moreover, it is not we who designated these outcomes as burdensome; rather, we selected them because they are oft-cited long-term targets of early-years intervention policy.’

A cynic might argue that advocacy research such as this is actually designed to keep public funds flowing towards middle-class academics and a new class of professional ‘early interveners’. It’s not quite clear who is dependent on whom.