Global citizens vs the people

Self-styled citizens of the world are driven by disdain for the demos. 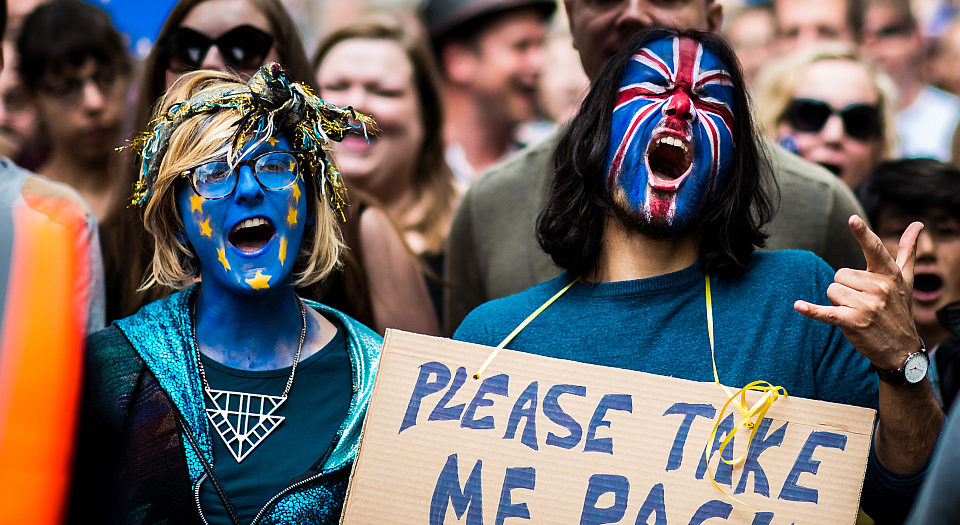 During the first stage of his post-victory ‘thank you’ tour in Cincinnati, Ohio, US president-elect Donald Trump declared: ‘There is no global anthem. No global currency. No certificate of global citizenship.’ Trump is not alone in rejecting the idea of global citizenship. Speaking at the Conservative Party conference this autumn, UK prime minister Theresa May asserted that ‘if you believe you are a citizen of the world, you are a citizen of nowhere. You don’t understand what citizenship means.’

Yet while May’s and Trump’s motives are far from progressive, they have a point on global citizenship. It is a moral gesture with little to offer those without national citizenship.

Consider the plight of stateless people in Europe. The UN estimates there are at least 680,000 of them, although the real figure is thought to be much higher. Without citizenship they have little chance to build a life, a career or a family, and can play little role in the economic, social and political life of a nation, never mind the globe. Or consider the desperate inhabitants of the Calais Jungle refugee camp: they risked life and limb to get to the UK because they preferred the legal rights of national citizenship to the miserable reality of global citizenship. And no wonder. As Hannah Arendt put it, to be without citizenship of a state is to lack the right to have rights.

So why do so many value the idea of global citizenship? Why do so many think being a ‘citizen of the world’ is preferable to being a citizen of a nation?

In modern capitalist society, citizenship is associated with individuals’ formal membership of a nation state. Citizens have rights within that state, sometimes inscribed in a constitution, as well as obligations under the law. Arendt, reflecting on the history and development of the concept of citizenship from Ancient Athens onward, championed the potential of this essentially republican idea of citizenship because of the opportunity it afforded the individual to play a role in the public sphere and help determine the future of the society in which he or she lives.

Global citizenship offers a very different model of citizenship. Global citizenship transcends political borders, and assumes that responsibilities and rights can be derived from being a ‘citizen of the world’. It does not deny national citizenship, but the latter is often assumed to be more limited, morally as well as spatially.

The advocacy of global citizenship, which is mainly to be found in schools and universities, is premised on the idea that important political issues such as environmental damage, climate change and development are global in nature. In practice, it means that individuals are encouraged to act as private individuals, above all as ethical consumers. This private, individual activity is mediated through the market, international non-governmental organisations and supranational bodies like the European Union and the United Nations.

But global citizenship is not really citizenship in the truest sense. It can reflect a broad desire to be globally engaged, which is no bad thing. But it also reduces the individual to the passive status of a consumer (buying Fairtrade products, for instance), and allows no space for democratic engagement or political contestation. And, as such, it is singularly unable to confer the meaningful political rights on an individual that national citizenship can. It can offer the stateless charity, but not a future.

Yet since the Brexit vote and Trump’s election victory, certain commentators and campaigners have been busily championing being a ‘citizen of the world’. This marks a retreat from true citizenship. It is a way of seeking respite from democracy, a way of avoiding having to address the political views and arguments of your fellow citizens. That some would rather identify as ‘citizens of nowhere’ reflects their estrangement from national politics, with national citizenship itself conflated with bigotry and even fascism.

Ironically, open borders and a genuinely more global citizenship can only be realised through national politics, in which people win arguments and support for freer movement and a wider idea of citizenship in the context of national elections. Championing global citizenship often means deserting this terrain in favour of a false culture war between outward looking cosmopolitans and Trump-voting, Brexit-backing nationalists. The orientation towards the globe becomes, in practice, a way of morally differentiating oneself from the demos. It becomes a retreat from politics.

In The Rights of Man, Thomas Paine said ‘The world is my country, all mankind are my brethren, and to do good is my religion’. Yet he spent his adult life agitating for republican citizenship in the US, France and the UK, precisely so free citizens could shape their own destiny and ‘do good’. A true cosmopolitanism needs to establish commonality through confronting the politics of the day rather than separating itself off from fellow citizens who think differently.

Jim Butcher is a lecturer and the author of several books and articles on the sociology of travel, most recently Volunteer Tourism: The Lifestyle Politics of International Development, co-authored with Pete Smith. (Order this book from Amazon(UK).)