Stop the fearmongering about fascism

The left’s Nazism panic shows how out of touch it is. 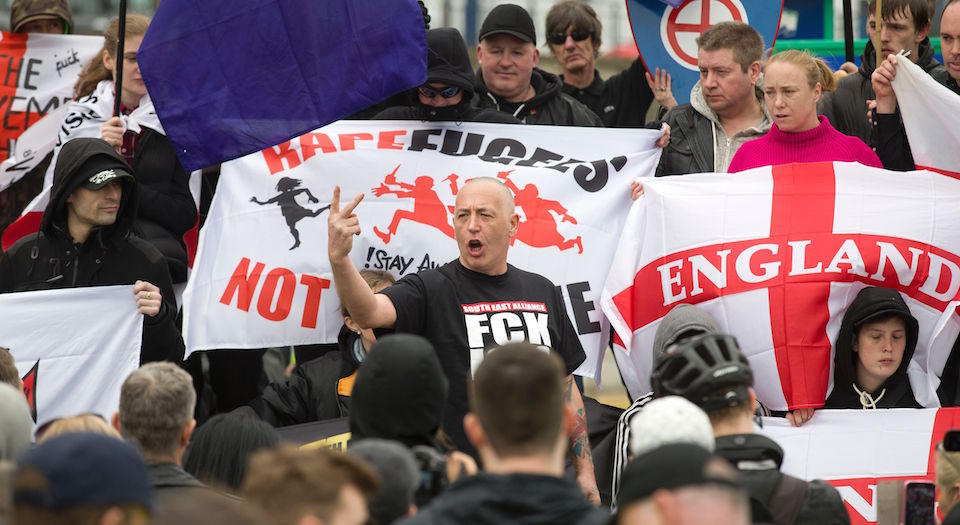 After Brexit, many on the liberal-left started panicking about the far right. Neo-fascists would be emboldened by Brexit, they said. Following Donald Trump’s election, they played the fear card again, claiming white nationalism, which is apparently a variant of Nazism, had returned to power in the West.

‘Talking about fascism might make you sound hysterical. Do it anyway’, said one headline. In the heart of the Trump voter’s soul lurks a ‘grinning white supremacist’, wrote Paul Mason. We’re living in a ‘new world’, said Zoe Williams, with far-right leaders ‘up with the lark to hail the new fascism’. ‘Europeans are quite capable of sitting calmly in the bubbling water of cultural bigotry until it boils away every shred of compassion we have left’, wrote one commentator, indeed sounding hysterical.

The panic about a resurgent far right was most pronounced after the awful murder of Labour MP Jo Cox in June. Cox’s death was followed by calls to silence far-right ideas. ‘We must no longer [allow] this growing environment of publicly viewed vocal hatred and threats of violence’, wrote Cox’s fellow Labour MP Jess Phillips. ‘Language matters’, said the Independent: ‘In Jo Cox’s memory, in solidarity with all those whose human rights depend on it, it’s time to face up to the challenge before us and defeat this insidious evil – starting with calling it out for precisely what it is.’

What’s really going on here? Is fascism back? Hardly. You wouldn’t know it from the headlines, but neo-fascists remain a minuscule force. National Action, a nasty, wannabe-neo-Nazi group that tweeted in support of Cox’s murderer, Thomas Mair, and has recently stuck a few pro-Nazi stickers around Liverpool, has been the focus of much of the freakout over the far right. But you could count its members on your fingers. It had to call off its ‘White Man March’ in Liverpool because its pathetic gathering was outnumbered by anti-fascist protesters. In the US, far-right extremists are basically the alt-right – nose-picking professional trolls who dwell in dark bedrooms and get their rocks off by being as rude as possible. Hardly a national threat.

The truly scary thing about the cries of ‘fascism is back!’ is what it reveals in the liberal-left and the commentariat: an unwillingness to engage with political views they don’t share. In essence, ‘fascism’ now simply means ‘views I don’t like, held by people I loathe’. That observers see fascism everywhere reveals far more about their own fear of people who think and vote differently to them than it does about the real state of the far right.

The panic about the far right has two dire consequences. First, it makes people unnecessarily scared of the alleged fascists in their midst. Secondly, it gives the fragmented, weak far right a sense of power it would otherwise utterly lack. Convincing unhinged individuals like Thomas Mair or the Charleston shooter Dylann Roof that they are part of some big new movement only feeds their warped egos. When such terrible, truly racist people carry out violent acts, we should emphasise how much they are going against the values of society and its inhabitants, not suggest that they’re representative of much of the population.

Yes, politics is changing. New, so-called ‘populist’ parties of both the right and left are emerging. The growing success of right-wing groups like the Party for Freedom in the Netherlands, Front National in France and Alternative fur Deutschland of course should not be ignored, but it should not be simplistically put down to fascism, either. This simply silences certain people’s views, treating those who have very understandably turned against the mainstream by voting for smaller, newer parties as facilitators of fascism. It further alienates such people, and leaves their concerns unaddressed.

Brexit hasn’t ‘given voice to racism’. It didn’t create an ‘actual fascism that legitimises racial hatred’. And it wasn’t ‘emotional, even borderline hysterical’. Rather, Brexit was a demand for a new kind of politics. It was a call for greater democratic control. The British public wants to be able to speak freely about contentious issues, including immigration, jobs and housing, and they want to have a say in what policies Britain pursues. When their desire to have these freer, franker, more robust discussions is written off as xenophobic, is it any wonder they are turning against mainstream politics and the commentariat who write about it?

If you’re concerned about the right-wing and often reactionary sentiments of Le Pen, Wilders or Trump, the answer isn’t to scream ‘racism!’ and demonise their supporters as footsoldiers of a new fascism. It is to offer a better, more progressive alternative. It is to call for a freer public life in which all issues can be discussed. It is to treat voters seriously, rather than as stupid and prejudiced. How ironic: mainstream observers denounce the hatred allegedly spread by new populist movements, while heaping their own hatred on vast sections of the electorate.