How the US and Soviet Union helped turn Castro into a dictator. 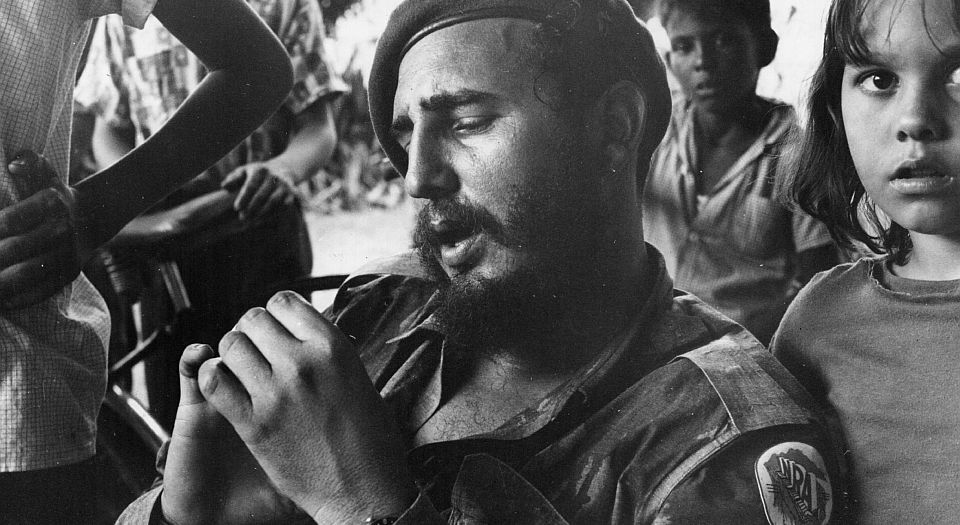 Judging by much of the social-media reaction to the death of Fidel Castro, you could be forgiven for thinking he was a malevolent monster who bears ultimate responsibility for all the terrible experiences that afflicted his native Cuba, and for many of the problems across Latin America.

It is easy to overlook an inconvenient fact: that Castro the monster also inspired millions of people across the world and is still held in high esteem by a substantial minority of Cuban people. To understand the Castro phenomenon, it is not enough to brand him evil, and more importantly we should not confuse the outcome of his revolution with its starting point and original ideals.

The Cuban Revolution of 1959 that brought Castro to power had little to do with Marxism, communism, socialism or the Soviet Union. Castro’s main inspiration was José Martí, the 19th-century leader of the struggle for Cuban independence from Spain. Castro’s revolution was dominated by an outlook of radical nationalism, not communism, and its aim was to end Cuba’s status as a typical banana republic — a neo-colony dominated by American political and economic interests.

Anyone who bothers to look back at the ideas that motivated the Cuban revolutionaries of the late 1950s will see that their worldview was a synthesis of radical nationalism, anti-colonialism and democratic ideals.

Unlike other radical politicians in Latin America, Castro took his ideals very seriously. And for American foreign-policy makers, this was a big problem, since it implicitly challenged Washington’s hegemony over the region. For a while, American diplomats hoped that Castro would fall into line and, like other regional leaders, passively accept their dictates once he assumed power. But it turned out that Castro was unwilling to betray the ideals of the revolution and refused to trade Cuba’s independence for Washington’s endorsement.

The true tragedy for Cuba is that the revolution occurred at the height of the Cold War. The United States could not countenance tolerating an independent Cuba lest it encourage other Latin American nations similarly to take matters into their own hands. The US also feared that the Soviet Union would be the main beneficiary of an independent Cuba. So Washington sought to undermine the Castro regime by isolating Cuba, and it eventually imposed an economic blockade.

Cuba simply could not survive this blockade. And so it was literally forced into the hands of the Soviet Union. Soviet help came with conditions, and before long the radical-democratic ethos that had motivated the revolution was being extinguished. The Stalinist Communist Party gained strength in Cuba, and soon Castro himself became infected with its totalitarian worldview. By the early 1960s, Cuba had adopted the Soviet model and had become an active participant in the Soviet Bloc. In 1961, Washington’s attempt at forcing a regime change, with the Bay of Pigs Invasion by US-backed paramilitaries, intensified Cuba’s drift towards the Soviet Union — it was an early insight into how regime change from without can have dire consequences, as we have more recently seen in Libya and Iraq.

The transformation of Castro into an anti-democratic dictator was a tragedy not entirely of his own making. Squeezed between two blocs in the Cold War, he lost his original vision and betrayed his own revolution. Yet he was never the typical totalitarian dictator. He lived a modest life. There are no streets bearing his name. There are no Castro monuments in Havana. His Faustian contract with Moscow led to a life of misery for millions of Cubans, but many still remember him as the man who forced the world to take Cuba seriously, and who once, a long time ago, had some genuinely democratic ideals.