The British state is watching you

The Investigatory Powers Act opens another window into our lives. 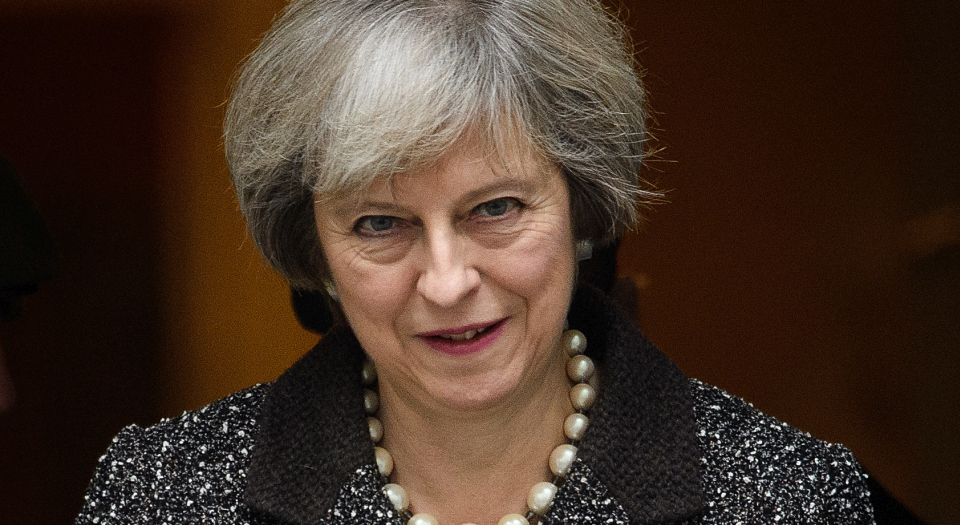 The UK government’s Investigatory Powers Act, which completed its largely unchallenged passage through parliament last week with a big thumbs up from the House of Lords, really is a miserable piece of state-snooping legislation.

Launched in November last year by then home secretary Theresa May, the IPA drags the equally miserable, indiscriminately curtain-twitching piece of New Labour legislation, the Regulation of Investigatory Powers Act, into the digital age. Incredibly, the IPA means that, from now on, internet and phone companies will be compelled to keep the records of every phone call made and every website visited by any of their users for 12 months. That means that assorted state bodies, from Her Majesty’s Revenue and Customs and intelligence agencies to the NHS and the Food Standards Agency, will potentially be able to see every site you have visited or call you have made over the past year.

And that’s not all. The IPA will also permit security agencies and law enforcement to ‘hack’ into computers, phones and networks effectively to spy on your communications, to listen to what you’re saying, to see what you’re looking at, to know what you’re typing. And they will be allowed to use any eavesdropping means necessary, including exploiting software vulnerabilities, which sounds like a recipe for state-corporation collusion.

According to May, who proudly and euphemistically championed the IPA as the basis for a ‘world-leading oversight regime’, the IPA will merely give the UK’s security agencies ‘the powers they need to protect our country’. If that sounds familiar, that’s because every state violation of our freedoms is justified on the grounds of our security. Indeed, New Labour home secretary Jack Straw similarly justified the original RIPA, albeit in the heady days of pre-9/11, pre-Iraq War New Labour, on security grounds. So in 2000, Straw said the RIPA was ‘key to tackling… money laundering, human trafficking, paedophilia, tobacco smuggling and other serious offences’.

But the experience of RIPA is instructive. In practice, protecting citizens from serious crime rapidly mutated into monitoring citizens for petty offences. In 2009 alone, RIPA was used to justify snooping in 552,550 cases, nearly 2,000 of which involved local authorities spying on individuals for such heinous crimes as littering and dog fouling. Given the British state’s routine distrust of civil society, one suspects that May’s iteration of the Snooper’s Charter will be as equally useful to the officious.

What has been striking, however, about the response to the Snooper’s Charter 2.0, compared with the response to New Labour’s original version, is how universally critical it’s been. Perhaps it was predictable that Edward Snowden, former US National Security Agency contractor-turned-snitch, would be outraged, calling it ‘the most extreme surveillance in the history of Western democracy’. Likewise, it was hardly a surprise when civil-rights campaign group Liberty slathered on the hyperbole: ‘Under the guise of counterterrorism, the [British] state has achieved… the most intrusive [surveillance] system of any democracy in human history.’ But even the UN has laid into the IPA, with its special rapporteur on the right to privacy, Joe Cannataci, saying that ‘privacy-intrusive measures such as bulk surveillance and bulk hacking, as contemplated in the Investigatory Powers Bill, should be outlawed rather than legitimised’. Even the Daily Star shed a liberal tear, asking plaintively, ‘The end of porn?’.

Many also pointed out how supine parliament has been, with Labour’s shadow Brexit secretary, Keir Starmer, virtually carrying the bill through the Commons. That Labour didn’t put up much of a fight is hardly a surprise, though. New Labour led the way in state snooping and surveillance, not least with RIPA itself. Its MPs’ love of citizens’ privacy is about as strong as their affection for Jeremy Corbyn. And while many luminaries of New Labour’s brand of paternalistic authoritarianism, from Straw himself to David Blunkett, may no longer be sitting on the green seats of the Commons, they can still be found in parliament, luxuriating on the plush red velvet of the Lords. The absence of any real challenge to the bill is testament to parliament’s domination by a political class long accustomed to distrusting and despising the public.

But there’s a deeper problem here, too. The absence of any strong opposition to the bill was born not just of spinelessness, but of the cultural devaluation of privacy itself. So while many criticised the IPA, invoking the spectre of Orwell, totalitarianism and the demise of online grot, few seemed able to say why privacy is important, why it is valuable.

And that’s a problem, because privacy is something to be valued, not just because it allows people to drop off the radar, to hide themselves away, but also because it is vital to public life, which is dependent on confident, free-thinking individuals.The private arena, you see, is the space in which we can develop different aspects of ourselves, test ideas, explore thoughts and feelings, and build a rich and articulate inner life. The moment the state’s gaze enters or potentially enters this private, intimate space, is the moment this private, intimate space is stifled. One suddenly has to act and speak as if one is being potentially monitored and judged. Language is self-censored; behaviour internally checked; websites not visited. Now, those who think policing people’s private lives, especially those of the politically extreme or sexually deviant, is a positive, progressive ambition no doubt think this is a way to improve society, to coerce the wrongheaded into the ways of the right-thinking. But such a paternalistic project fails even on its own terms. People don’t stop believing what they believe or feeling what they feel; they just put a public mask on, even in private. In the kingdom of transparency, falsity and bad faith reign.

In the absence of privacy, conformism flourishes. Privacy’s erosion, its progressive publicisation, whether through the IPA or the state’s increasing policing of online behaviour in general, leaves the individual powerless before external pressure, the pressure to conform to the mean, to adhere to the pieties of the day, be they anti-Communist, as they were in McCarthyite America, or politically correct, as they are today. Individuals lose themselves to public and official orthodoxy. It’s difficult not to be reminded of that most nightmarish of surveillance metaphors, Jeremy Bentham’s panopticon, a circular building with a tower at the centre from which every room, and therefore every inhabitant, is completely visible. Bentham, a 19th-century philosopher and social reformer, envisaged the panopticon as a design for a prison, but in the hands of 20th-century French philosopher Michel Foucault it became a dark vision of societal discipline and punishment in general, a society, that is, in which everyone, open to everyone else, feels a pressure to conform, to act as one feels others expect him to act.

‘Visiblity is a trap’, wrote Foucault. For the likes of May, Starmer and the rest, it seems it is the promised land.

Tim Black is a spiked columnist and the editor of the spiked review.