‘My existence is a provocation’

Hen Mazzig on how campus culture has become hostile to Jews. 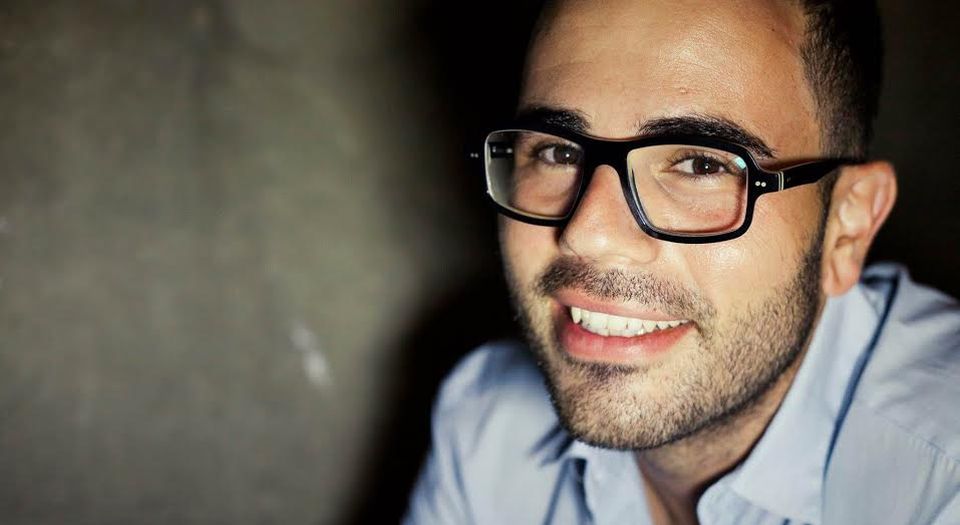 ‘Protesters blocked the doors. They banged on the doors and windows. And they brought a sound system. There was banging and chanting. At one point, three or four protesters got in through the window. After 10 minutes inside the room, they left the room with the police. Police are blocking the doors but not stopping the protesters… Everything is louder and louder and I think to myself, I won’t be able to speak.’

Hen Mazzig is describing the scene that met him when he came to speak at University College London (UCL) a week ago. The venue for the event had to be changed twice because of aggressive protesters. After the event was brought to an abrupt end, student attendees had to be escorted out by police, and Mazzig was given a ‘disguise’ by security and told to ‘keep running’ until he was safely off-campus.

What on Earth could Mazzig have done to spark such outrage?

The group Friends of Al Aqsa, which took part in the protest, posted on its Facebook page before the event: ‘Hen served as lieutenant in the Israel Occupation Forces (IOF) for five years. That means he’s complicit in the colonisation of Palestinian territory, protection of illegal Israeli settlements, and Israel’s illegal occupation.’

Mazzig was indeed an officer in the Israel Defence Forces (IDF) – army service is mandatory for Israelis – where he served five years in the humanitarian COGAT unit, acting as an intermediary between IDF soldiers and Palestinian security forces. Today, he spends much of his time travelling around the world sharing his story, speaking with students and others about his time in the IDF and his family history as the son of Jewish refugees from Iraq and Tunisia.

Mazzig is no stranger to the hostile atmosphere facing pro-Israel students on UK campuses. In 2014, anti-Israel protesters staged a walkout at a talk he was giving at King’s College London. But he admits he was surprised by the scale of last week’s protest: ‘I’ve spoken at hundreds of college campuses around the world, and I have never encountered anything like that. Here and there there are protests, but it’s just individuals. It’s never as well arranged or an angry mob. This time was by far the worst. I have never seen such fanaticism. You could see it in their eyes, they were not going to calm down or let you speak.’

Video clips from the evening show crowds of jeering protesters banging on the windows of the room and chanting loudly. Against the deafening noise, Mazzig was forced to raise his voice higher and higher, until he was practically shouting to be heard. Mazzig was determined, however, and succeeded in giving his talk, albeit a much shorter version – instead of speaking for two hours, he spoke for 20 minutes.

Even before the event began, problems arose. There were reports that UCL’s students’ union (UCLU) had initially attempted to cancel the event (over administrative issues, it claims), but the university stepped in and allowed it to go ahead. Mazzig tells me he was told to meet security guards from Community Security Trust (a Jewish charity providing security for Jewish events) and campus security beforehand. ‘They kept getting calls that the first room was occupied by protesters. The second room was the same. The third room worked’, he says. ‘They told me to hide behind a wall so I was safe. It was like a scene from a movie. Then we ran into the room.’

Mazzig was told to run again once the event had finished. ‘They [security] gave me a police coat to disguise me and told me to take off my glasses. Protesters were screaming “shame, shame, shame”. Some protesters were running after me calling me “murderer” and “war criminal”. I was told, “don’t look back”, and to keep running. We got to the end of a dark alley. Police started saying, “now you are safe because you’re off-campus”.’ As Mazzig points out, he was apparently safer in an alleyway in the middle of London than he was at UCL.

Sadly, this won’t surprise the majority of pro-Israel students in the UK. While students’ unions demand patronising intellectual Safe Spaces for minority groups, they turn a blind eye to the often ugly singling out of their mostly Jewish pro-Israel students. Pro-Israel students regularly face protests and, sometimes, physical aggression. They also have to contend with union-backed anti-Israel propaganda – see Israeli Apartheid Week – and Boycott, Divestment and Sanctions (BDS) policies that seek to paint Israel as a uniquely evil nation.

In January this year, police were called to King’s College London after similar anti-Israel protests took place at a talk by the former head of the Israeli security agency, Ami Ayalon. On other UK campuses, student Israel societies have had to change venues for their events at the last minute or hold clandestine meetings to avoid problems. In the last academic year, the student council at UCLU pushed through a motion endorsing a BDS policy (14 votes to four), despite calls for the motion to be put to the student body through a referendum.

Mazzig says there is a clear double standard at play. ‘Jewish students feel singled out on campus. In the US they feel the same thing, but it’s not as extreme. Jewish students [in the UK] are telling me they’re afraid to go on campus. They are targeted, they feel like they walk around and have a big red mark on them.’ One student at the UCL event told him how troubling the climate on campus has become: ‘She knew tomorrow would be horrible on campus. She was very frightened. It was very chilling to hear a Jewish student say they were afraid to be on campus. It was heartbreaking.’ One Jewish student who attended the talk has alleged she was assaulted during the event.

Mazzig says this ugly climate is not unique to university campuses. It is part of a wider problem whereby Jews outside of Israel are forced to pick a side on the Israel-Palestine conflict. ‘A few years ago, a Jew could just be a Jew. Today, they do not have the luxury of being a Jew without deciding where they stand on Israel. A Muslim doesn’t need to decide where he stands on Muslim countries in the Middle East.But it seems like, for Jews, it is always a challenge.’

After the protest, UCLU posted a statement on its website, explaining that police were called ‘due to the controversial nature of the event’. According to UCLU, the 30-odd police officers were called to campus to protect everyone from controversy. It’s as if UCLU sits in a parallel universe. Clearly, when it comes to Israel, only one view is accepted on campus, and you oppose that view at your peril. As Mazzig puts it, ‘my existence is a provocation’.

Anti-Israel activists are keen advocates of this through-the-looking-glass approach. They talk up their right to protest and express their opinions. And yet they deny the same right to pro-Israel students by banging on windows and making as much noise as possible at these so-called peaceful protests. This is a clear attempt to deny pro-Israel speakers the right to speak, and the right of students to hear them. If the protesters have so much to say about Israel, why not go inside and have the debate? As Mazzig puts it, it’s an opportunity to ‘grill an Israeli’.

Mazzig is adamant he will return to the UK and give more talks. ‘The only way to fight hate speech is with good speech’, he says. He is right, but it takes some courage to do it.

Israel student societies face more opprobrium on campus, and require more security for their events, than any other kind. Israeli students are held personally accountable for their government’s actions. The singling out of Israel in campus politics is producing ugly results. So much so that the sight of a room of mostly Jewish students being surrounded by an angry, jeering mob has become all-too familiar. The National Union of Students refuses to comment on the UCL incident, and UCLU seems uninterested. What more has to happen before that looking glass is smashed?