Article 50: down with this legal coup against the masses

The use of the law to stymie Brexit is a naked, elitist assault on democracy. 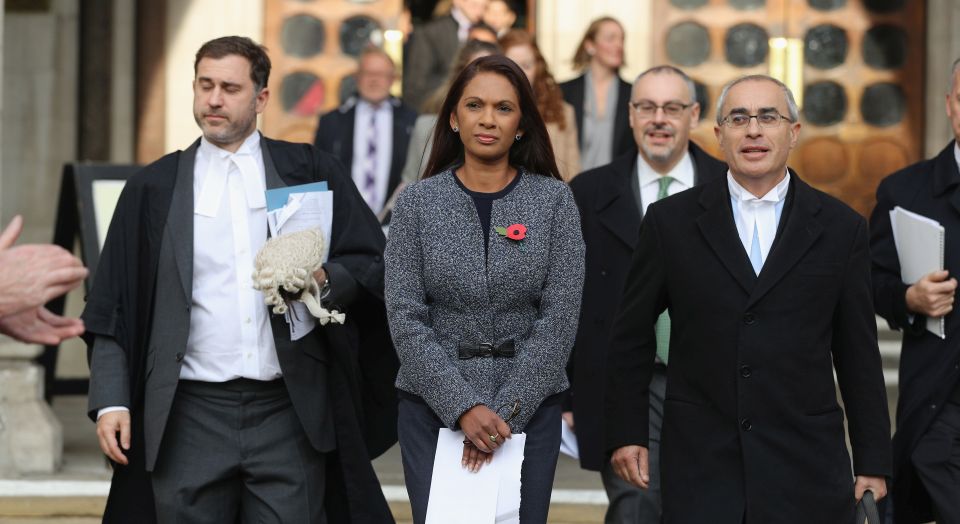 Today’s High Court ruling that Article 50 should not be triggered by the government but rather must be mulled over and decided on by MPs is being presented as a mere technical decision. It’s just about ins and outs. It’s about practicalities, not politics. It’s about the ‘procedure and policy’ of how we leave the EU, says one of the filthy-rich claimants who took this Brexitphobic court action. They really must believe their own propaganda about us Brexit-backing plebs being ‘low information’ (Forbes) and ‘ignoramuses’ (Richard Dawkins) if they think we’re going to buy this. We aren’t. This court action, and the glee it’s being greeted with by media and political haters of Brexit, is 100 per cent political, to its core. It’s motivated far less by a love for legally clean procedure than by a naked disdain for ordinary people and our democratic authority. It’s not a blow for box-ticking; it’s a blow against what we the people said in the ballot box on 23 June.

The notion that this case was a school-prefect-style stab for a clean, constitutional Brexit is shot down by the fact that it was brought by devoted Remainers. The super-wealthy spearhead of the case, Gina Miller, says she was made ‘physically sick’ by Brexit. She says the dim-witted decision to leave the EU, taken by 17.4million people, is a result of our having been ‘lied to’ (ie, we were brainwashed) and then choosing to do some ‘venting of anger’ (ie, we behaved emotionally). Miller has been hailed ‘woman of the century’ by influential Remainers who are dedicated to diluting or even thwarting Brexit. And the court’s decision is being celebrated by Remainers who want to hold up (rather than uphold) the people’s will. This is a ‘great moment for parliament’, says philosopher turned hater of democracy AC Grayling, since it means ‘MPs acting from courage and conviction [can] stop Brexit’. And they say with a straight face that it’s ‘about process, not politics’. They really do think we’re idiots. They really think we cannot see through their low, cynical marshalling of the law to prevent democracy, to stop politics, to undermine us.

The most laughable argument being pushed by these pleaders with white-haired judges to block the passions of the mob is that they’re standing up for parliamentary sovereignty. They pose as democrats who simply want to preserve the authority of parliament over the say-so of a single PM. With fantastic Orwellianism, one of the campaign groups that begged the High Court judge to hold up the political desires of the moronic masses calls itself ‘The People’s Challenge’.

They seem not to realise that if parliamentarians were to override or even slow down the will of the majority this would call into question the entire moral legitimacy of parliament. It would devastate its democratic and moral remit, the very thing we fought wars and beheaded a king to preserve, which is derived precisely from the throng that these elitists view with such unconcealed disgust. Parliamentary sovereignty isn’t some academic, legalistic idea that judges defend and allow: it is us made political flesh, the institutional expression of the spirit of the people. For MPs to act against Brexit would violently intensify cynicism of institutions and bring about a crisis of democracy of the kind Britain hasn’t experienced for a very long time. Yet this is the price some Remainers are willing to pay to stop Brexit: the hollowing-out of the historic spirit of parliament. The truth is that parliamentary sovereignty was exercised when parliament agreed to hold a referendum and to distribute pamphlets which openly stated: ‘The government will implement what you decide.’ This act of parliamentary sovereignty entrusted the fate of the EU to the people, and now this must be acted on — fully and swiftly, because the people want it, not because a judge thinks it might be feasible at a certain point.

Let’s stop talking in euphemisms. Let’s park the blather about ‘procedure’ and ‘process’. What is happening here is that well-connected, well-off people are using the courts to stymie the democratic will. It is a straight-up assault on democracy, of the sort that when it happens in Latin America or Asia the very Remainers currently cheering our wise judges would shake their heads and say: ‘Why are those foreigners so uncivilised?’ The court case is a disgrace. It’s anti-democratic, anti-politics, fuelled by a dread of the demos and by feelings of ‘physical sickness’ for what the majority of people think and want. We make them puke.

The majority calmly discussed the EU, made a decision, and voted against it. And yet they’ve been ceaselessly defamed as ‘low information’ and ‘racist’ and have watched as their decision has been undermined and held up and relentlessly delegitimised by academics, lawmen and politicians. What must we do to make ourselves heard? To be taken seriously? If the ballot box doesn’t work, maybe it’s time for the streets?