Democracy in the dock

Both sides in the Brexit legal challenge dismiss the will of the people. 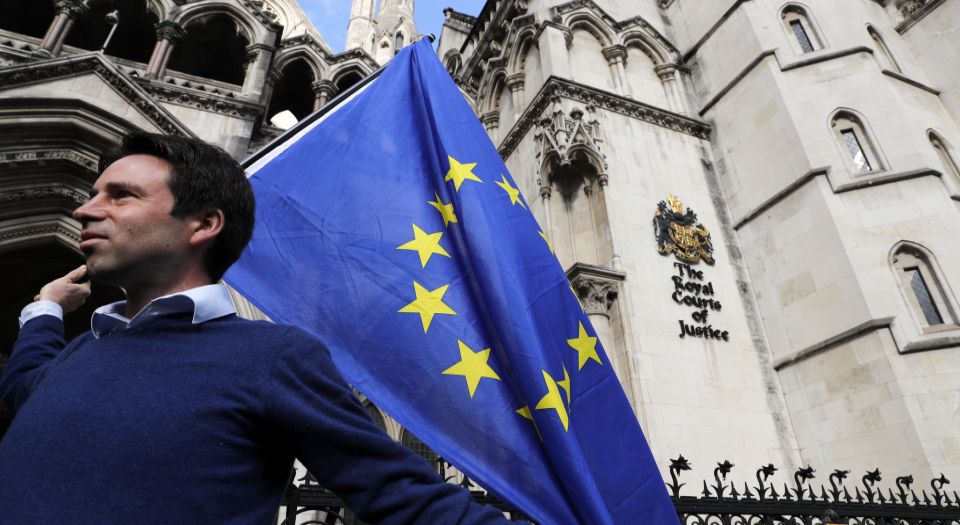 The High Court will soon deliver its judgement in the Brexit case that concluded last week. It’s a case of constitutional significance, because the claimants are seeking to block the government from triggering Article 50 – the process that initiates Britain’s exit negotiations with the European Union. They argue that the trigger can only be pulled following an act of parliament. The claimants are all opposed to leaving the EU, and they are well aware that parliament could then decide to delay the trigger, make it conditional, or even prevent it from being pulled at all.

Dominic Raab MP, a former government minister, summed up the politics behind the case when he argued that, ‘parliament doesn’t get a veto on beginning the Brexit negotiations and, frankly, I think this a pretty naked attempt to steal the referendum by the back door’. He then noted acerbically that, ‘it takes a pretty special kind of arrogance to think that one person’s view trumps that of 33million’.

But courts can surprise us, and due to the politically inept way the government presented its case there is a serious possibility that the court will decide that the will of the people can be trumped by the will of parliament. This would be on the basis that popular sovereignty, as against parliamentary sovereignty, has no constitutional force.

In the case of Brexit, there are three constitutional actors: parliament (the legislature), government (the executive) and the people.

First, parliament passed the Referendum Act 2015 by a majority of six to one, in order to put power in the hands of the people. And the government explained the constitutional significance of the referendum by writing to every voter and saying: ‘This is your decision. The government will implement what you decide.’

Now, it falls to the government to implement Brexit. Parliament does not control this process because triggering Article 50 is an executive act, a case of executing what the people have already decided. This is something novel in British constitutional history: the triumph of direct democracy over representative democracy, of popular sovereignty over parliamentary sovereignty.

The claimants in the Brexit case are trying to reinterpret this process in a deeply conservative fashion. In fact, it’s so conservative that it relies on law dating back to the 17th century, as expressed in the Bill of Rights of 1688. In that era, it was established that only parliament, and not the executive, could sanction a loss of individual rights. Since the UK’s membership of the EU confers rights on individuals, the claimants stipulate that only an act of parliament can enable Article 50 to be triggered.

Not only is this conservative, it is also profoundly undemocratic. The claimants seek to turn the referendum into something that could be easily disregarded. As one of their lawyers put it, ‘the referendum result is not legally binding on parliament and neither is the referendum a substitute for our system of representative parliamentary democracy, which has been in place for over 350 years’.

In the Brexit case, the claimants’ appeals to parliamentary sovereignty stem not from a belief in democracy, but the knowledge that parliament could hamper or even nullify the outcome of the referendum. Parliament is comprised of three elements: the Queen, the House of Lords and the House of Commons. Only one of these is elected, and the House of Lords is believed to be staunchly anti-Brexit. But even if the elected House of Commons could disregard the unelected force of the Lords, the Commons does not represent the views of the people, either. Over 70 per cent of MPs are thought to have voted Remain, whereas over 70 per cent of constituencies voted Leave. It is clear that the legal challenge is, as Raab observed, ‘a pretty naked attempt to steal the referendum by the back door’.

Contrary to what these legal challenges claim, the UK’s unwritten constitution is flexible, and could accommodate itself to the realities of the referendum by allowing direct democracy to trump representative democracy in this instance. The law is never fixed or rigid. As one legal commentator observed in the Financial Times, it is ‘agile and reflective, and sensitive to its context’. The context to the Brexit court case is the referendum, meaning that the UK’s constitution could adapt to allow an episode of popular sovereignty to sideline parliamentary sovereignty.

The court indicated that it expected the government to make an argument based on popular sovereignty. Sir Terence Etherton, the master of the rolls, made this perceptive comment in order to distinguish between the 17th century era – in which the Bill of Rights sought to enhance the power of parliament at the expense of executive powers – and today. He asked ‘whether the fact we now do have a different means of democratic response by the population adds a complicating factor which didn’t exist before?’.

But the government failed to make the argument for popular sovereignty. In fact, it suggested it didn’t even need a democratic mandate in order to leave the EU. It has entirely disregarded the one thing it could rely on to justify a modification to existing constitutional arrangements. In the government’s version of this constitutional drama, the executive takes centre stage, parliament is in the stalls, and the people are forgotten.

The claimants highlighted the government’s seeming disregard of a democratic mandate. According to the government’s case, they said, ‘the prime minister could simply have woken up one morning and… decided out of nowhere to withdraw from the EU. No referendum, nothing.’ The government’s response to this taunt was to confess that it was true – it was, said the government’s lawyers, ‘a constitutional deficit’.

By failing to advance a case premised on the democratic mandate of the referendum, the government has – perversely – enabled the claimants to pose as defenders of democracy. In a press release, one of the claimants said ‘our case is about defending the democratic right of all UK citizens not to have rights granted to them by parliament removed from them by [a]… mechanism which bypasses parliament’. In stark contrast to the government’s lawyers, the claimants’ lawyers used the words ‘democracy’ and ‘democratic’ 24 times.

If the government continues to disregard the fact that its executive powers stem from popular sovereignty, then, whichever side wins this court case, the people will end up the losers. If the claimants win, then parliament will have been sanctioned by the court to trump the will of the people. And if the government wins, then it will have been sanctioned by the court to disclaim the relevance of the will of the people. Both sides have treated the popular will as lacking any constitutional force. The referendum may have been a democratic triumph, unprecedented in the constitutional history of the Britain. But, in the hands of lawyers, it has been turned into nothing more than a detail that can be easily disregarded.