Leave voters are the real wise ones

Remainer rage is fuelled by ignorance, not knowledge. 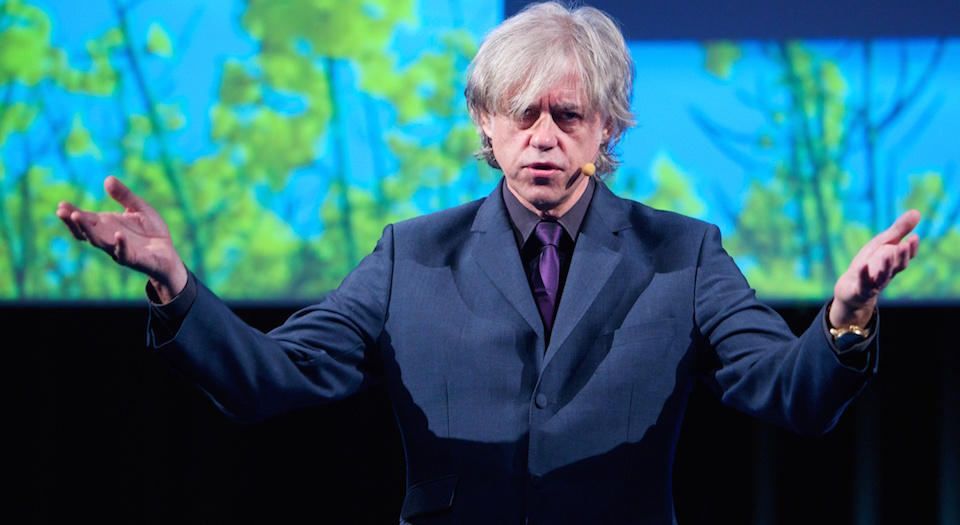 It’s just over a hundred days since the UK’s referendum on EU membership and the sore losers continue to issue their scowling tirades against the hordes of miserable dunces who voted Leave. The line of attack has changed over time. First they called Brexiteers reckless, then racists, then old and selfish. Now the common line is that they are stupid.

In recent days, Bob Geldof, the man who arguably lost it for the Remain camp with his imperious and repellent outburst against fishermen, has been snivelling again about the ‘armies of stupidity’ responsible for Brexit and the rise of Donald Trump. Also this week, the universities minister Jo Johnson said there was a ‘correlation’ between levels of ‘education generally’ and a ‘propensity’ to vote Brexit.

This idea that Brexiteers are thick or ignorant underpins calls to have a rerun of the referendum. The odious, bovine multitude were brainwashed by an omnipotent and xenophobic tabloid press, goes one argument. Or else they were swayed by the lies and fantastical statistics rolled out by the Leave campaign about how much the EU costs the NHS. Finally, there’s the old classic: Brexiteers are innate racists. Scum. Sub-human scum.

The argument about media persuasion ignores the fact that everyone chooses to read or watch particular news sources of their own volition (and usually in line with their political persuasion), not because they are brainwashed. And it’s a perilous accusation: if the media has such powers of sorcery, then Guardian readers and Channel 4 News viewers are no less brainwashed than readers of the Spectator or the Daily Mail. There is no such thing as objective information.

As for the line that the proles were persuaded by outlandish statistics about the amount of money the EU takes from the UK, there is no evidence that this swung the undecideds. This is wheeled out as another reason for a referendum rerun. But it’s an argument that ignores an 8,000-year-old truth about democracy: that politicians exaggerate and lie before elections. Should every General Election henceforth be recalled if a vocal and aggrieved minority thinks the votes of others inferior? Either we have universal suffrage – that is, the vote for every person regardless of their level of political engagement and education – or we don’t.

The main fallacy put forward by the patrician classes has always been the equation of levels of education with everyday intelligence. Often the best-educated are morally the worst human beings. It’s true that, statistically, those from less formally educated backgrounds were more likely to have voted Brexit. But they are just as capable as well-educated Remainers of using their minds to exercise human agency, to observe and interpret events around them and cast a vote in response.

Fishermen on the east coast of Britain, all the way from Kent to Aberdeenshire, saw what the EU had done to their livelihoods. People had seen their wages depressed and neighbourhoods changed by immigration. Like it or not, they made a rational response to that reality. Everyone saw how undemocratic the EU was becoming, as manifest by the institution consistently ignoring referendum results in other member states. Everyone could see that the EU has been heading in a dangerous, autocratic direction – its crucifixion of Greece bore testament to this.

Those who had read their history understood that monetary unions among different nation states don’t last. Those familiar with European history know that attempts to force different countries together into one entity is a recipe for tears and bloodshed. Students of the past know that a state that gradually starts taking away your democratic rights will rarely be satiated with the power this confers. And yes, there were some racists and xenophobes who voted Leave. But, you know what? Britain is an infinitely less racist place now than it was at the time of the EEC referendum of 1975, when the Remainers of the day won.

The technocrats, who have always favoured further integration, never look to the past. That’s their problem. Ignoring the lessons of history, the technocrats see Europeans solely as consumers or in socio-economic terms, as units that can be moulded for a better future. But no one can create the future today. And that’s why, in the final judgement, the Brexiteers were the smarter people. They looked to the past for counsel, guidance and wisdom. The Remainers looked to the future for advice, the only problem being that the future doesn’t exist.

No one likes being condescended to by the thicko upper orders.

There was something comical about this headline in Wednesday’s Daily Telegraph: ‘Adolf Hitler “a gibbering super-junkie” whose veins collapsed under strain of thousands of opiate injections, author claims.’ It’s like something out of the Onion’s Our Dumb Century, or some comedy sketch set in 1990s Edinburgh in which the Fuhrer is a shaven-headed skaghead bemoaning ‘those effete English’.

But it’s actually quite serious. According to the German author Norman Ohler, in the last parts of the war Hitler became addicted to a heroin-like substance called Eukodel, which was prescribed following a nervous breakdown in 1944. This may help to explain Hitler’s unhinged behaviour in the months leading to the end of the war, which we all remember being portrayed in the 2004 film, Downfall.

Yet if Hitler was a drug addict, and if, as Ohler also claims in his book Blitzed: Drugs in Nazi Germany, nearly the whole of the Third Reich’s machinery and its Wehrmacht were suped-up on a kind of crystal meth in order to keep them fighting, can ‘Hitler’ remain a byword for evil? What happens to agency and morality – to good and bad – when everyone is on drugs?

Is this what Hannah Arendt meant when she talked about the ‘banality of evil’?

It’s that time of year where everyone gets upset about Halloween costumes for some reason or other. This Wednesday, a ‘Tranny Granny’ costume was pulled from Walmart and Amazon, the same day it was reported that Amazon had been selling ‘sexy’ Halloween costumes, made by a company in Hong Kong, aimed at four- to five-year-olds, including a ‘Sexy Snow White Cinderella’ costume.

Then there’s the constant carping about Halloween costumes being another form of ‘cultural appropriation’. Oh how I miss the traditional costumes and the innocent ‘good old days’, when we all put on sombreros or green Irish top hats with accompanying ginger beards, and cheerfully bid ‘Top o’ the mornin’ to strangers.

Picture by: Zero Org, published under a creative commons license.