Who would want to be a citizen of the EU?

The EU’s citizenship programme is a truly depressing spectacle. 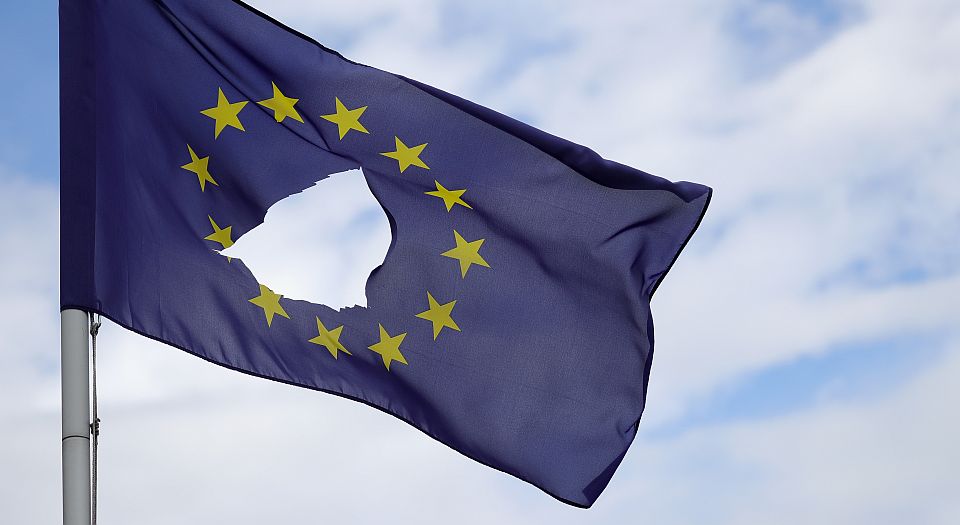 The European Union is boosting its funding for the promotion of the idea of ‘European citizenship’. After having had its budget cut in 2013 at the behest of the UK, the EU’s Europe for Citizens programme will now hike its budget up by tens of millions of euros. According to officials at the European Parliament, who approved the spending increase, ‘considering the current political climate, in which an increasing number of citizens question the foundations of the EU, decisive action is indispensable’.

Why is the EU pushing such a programme? It surely recognises that, despite its best efforts and wishes, the majority of Europeans still primarily identify as citizens of their own nation states. Even leaving aside British people’s vote to leave the EU entirely, European people’s reluctance to be linked with the EU has become increasingly clear in recent years.

Many Greeks have not taken kindly to having their fiscal and economic policy determined by German finance ministers and Brussels bureaucrats. Such decisions, they rightly believe, are the prerogative of nationally elected officials within a democratic state. At the same time, people in northern European states, like Germany and Finland, resent what they see as their footing of the bill for the EU’s bailouts and financial rearrangements.

During the EU debt crisis, many European commentators compared the situation to that in the United States. In the same way that Germany ends up subsidising southern Europeans, so more prosperous states in the US provide fiscal transfers to poorer ones, they said. But the US is different to the EU. Yes, fiscal transfers in the US might on occasion cause quibbles in Congress, but the broader sense of being one nation, with a shared sense of citizenship, ultimately tempers any real anger over subsidies to poorer regions.

The EU, by contrast, has no collective sense of nationhood, and therefore no meaningful sense of citizenship. Rather, it is a collection of nationalities that has been cobbled together with varying degrees of enthusiasm. And so the EU must mechanically try to foster some sort of European identity to transcend nationality. Of course, nation-building — or post-nation building, in the case of the EU — is not new. States have long engaged in the construction of national identity. Eugene Weber’s Peasants Into Frenchmen details the process behind the cultivation of French national identity and citizenship during the Third Republic. In the 19th century, following a series of failed insurrections, Polish nationalists living variously under German, Austrian and Russian rule engaged in what they called ‘organic nationalism’ to foster a cultural sense of Polish national identity.

However, the EU’s attempt at nation-building through the Europe for Citizens programme is something rather different, and it has only exposed the vacuous nature of so-called European citizenship. At the top of the list of Europe for Citizens’ ideas for how to foster Euro-identity are ‘eligible’ historical dates for collective commemoration. Yet many of the ‘eligible’ commemorations actually mark quite dark periods in European history, including the Spanish Civil War, the Yugoslav wars, and the brutality of Communism in Eastern Europe. These commemorations are served up only as lessons, warning citizens of how bad everything was before Brussels took over. This is hardly likely to generate a sense of shared spirit.

One of the aims of the programme is to remind citizens of the ‘ostracism and loss of citizenship’ that occurs under totalitarian regimes, and from which we can apparently draw ‘lessons for today’. The lesson, presumably, is that without the EU all that bad stuff could happen again. The EU constantly pushes its idea of citizenship as a negative: stick with us and you’ll be safe. That the EU and its supporters believe they’re the only thing standing between us and a return of fascism became clear in the run-up to Britain’s EU referendum. Eurosceptics, we were told, threatened to plunge Europe back into the 1930s. It seems ‘European citizenship’ can only be constituted through dire warnings and horror stories.

The nature and history of the EU actually precludes any kind of positive citizenship. Having been constructed in a piecemeal way, the EU has no heroic founding date. It was not constituted by an active movement of aspiring ‘citizens’, but rather was cobbled together by experts and elites behind closed doors. There are no rousing victories for EU citizens to celebrate; no days that mark the emergence of civic unity. The signing of the Treaty of Rome is never going to inspire a street party in the way 4 July does in the US. The people of Europe were gradually turned into so-called European citizens without consultation — why would we celebrate that?

What’s more, being largely the work of faceless bureaucrats, the EU offers no brave or admirable historic figures for people to revere. Jacques Delors is never going to be held up in the same fashion as George Washington or Benjamin Franklin are in the US. The EU has no rousing founding documents. Its earliest document, the treaty establishing the European Coal and Steel Community, concerns itself with industry. The 1992 Maastricht Treaty, which established the European Union as we know it today, starts by saying the various signatories have resolved ‘to mark a new stage in the process of European integration undertaken with the establishment of the European Communities’. It’s a far cry from the rousing announcement of the formation of the US. ‘We hold these truths to be self-evident’, thundered Thomas Jefferson in the Declaration of Independence, ‘that all men are created equal’.

European citizenship – that is, citizenship of the EU – is hollow. It affords citizenship in a formal sense, designating people membership of the EU and conferring certain rights. But it is unable to create any meaningful sense of citizenship, where citizens might feel an affinity to the institutions that govern them, and play an active role in shaping them. EU citizenship offers little to believe in or feel moved by. It’s an empty concept, dreamt up in the corridors of EU power, alien to most Europeans.