The principled, left-wing case against multiculturalism 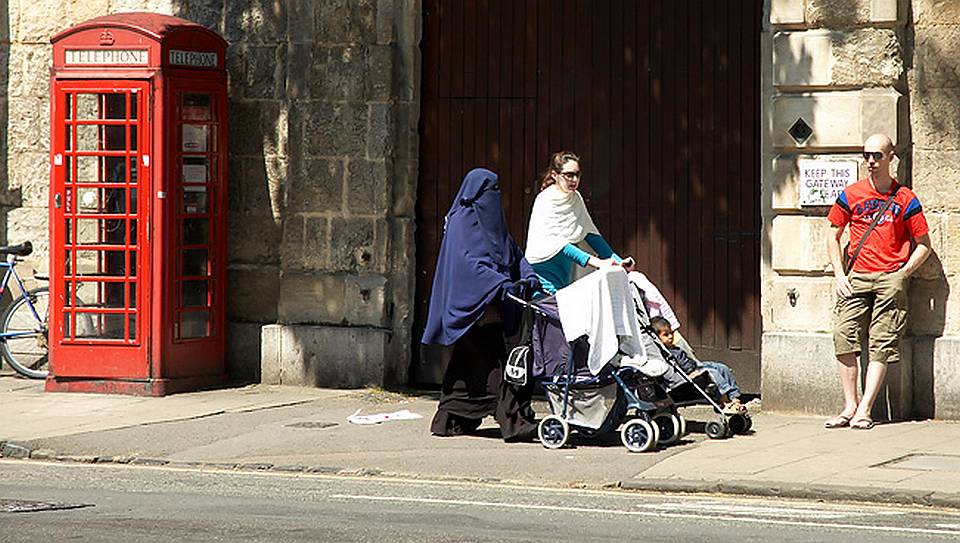 Mainstream self-styled ‘progressives’ tend to think of multiculturalism and diversity as inherently good things – ideas that only the racist and bigoted would contest. Which is why Swedish sociologist Goran Adamson’s new book, The Trojan Horse: A Leftist Critique of Multiculturalism in the West, is such a welcome intervention. It provides a definitive critique of the ideology of diversity, and it does so from a progressive perspective. In particular, it shows how reason, freedom and individuality – the cornerstones of democracy and civil rights – are being undermined by the ideology of multiculturalism and its elevation of particular identities and rights over universal political freedom.

Adamson has long been aware of the problems with multiculturalism. Several years ago, he was commissioned by the European Union Agency for Fundamental Rights to determine the best methods for increasing political participation among immigrant groups in Europe. Having studied the empirical data, he discovered that the separate-but-equal model of a pluralist, multicultural society was less effective at encouraging political participation among immigrant groups than a more classically liberal approach, whereby immigrants are invited to participate in public life on equal terms, as citizens. Adamson’s report, Immigrants and Political Participation, was quickly dismissed, even by those who commissioned it.

This attempt by the EU to quash findings that disagree with the multiculturalist agenda didn’t surprise Adamson. Citing Wolfgang Kowalsky, a policy adviser at the European Trade Union Confederation (ETUC) and an expert in far-right demagoguery, Adamson argues that the methods and theories of multiculturalists are similar to those of right-wing extremists: both want to force reality to conform to their worldview, rather than respond to it as it really is.

There are other parallels between multiculturalism and old-fashioned racial thinking. For instance, as Adamson points out, multicultural ideology makes a fetish, like the racial theories of yore, of ethnic diversity. What matters is not, as Martin Luther King believed, the content of one’s character, but the colour of one’s skin. Common human traits, such as the capacity for abstract thinking, creativity and self-consciousness, are effaced in the name of what divides us. In this sense, multiculturalism is just as fixated on race as the racist thought of the past.

Furthermore, as Adamson argues, the multicultural view of immigrants doesn’t treat them as individuals who have a basic human need for self-determination; rather, ‘the immigrant’ is an abstract type, a species, a race. Thus the racist implications of multiculturalism loom large despite its ostensible anti-racism. The ‘other’ is presented as either inherently fascinating or as a fragile victim. They are not like us. And in this separation of us from them, racism festers, explains Adamson. After all, the idea of diversity rests on the belief that immigrants are different to us, that their difference should be the object of celebration and adulation. Accordingly, the universalism and inclusivity of the civil-rights movement appears to the ardent multiculturalist as an embarrassing form of ‘cultural imperialism’.

The key planks in the pluralist multiculturalist agenda are value pluralism and moral relativism. These imply that all moral beliefs, from the liberal to the authoritarian, are equally legitimate; and that all moral judgements are relative or subjective. As a result, to take any one political ideology, like liberalism (or indeed liberal multiculturalism), too seriously is to commit some kind of abomination against the other.

Yet what makes European liberalism unique, and different to its pre-Enlightenment rivals, Adamson suggests, is that it explicitly attempts to remove questions of moral value from the political sphere – it acknowledges that we don’t all share common values or ideas about the Good Life. In other words, liberalism explicitly sets itself up as a neutral framework for the equal coexistence of multiple ideologies. Liberalism has been able to protect and promote progress and inclusion precisely because it is a container for a variety of diverse goals and values. It demands one thing only of citizens: namely, that all individuals adhere to rules of reciprocal tolerance, and do not encroach upon the liberty of others. This is not a content-laden ideology, so much as it is a set of rules governing the relationship between diverse ideologies within a state. This is why liberalism protects real diversity so much better than the pluralist multiculturalism that has been foisted on Adamson’s Sweden, and other European states, by EU bureaucrats.

British multiculturalists fear being seen as a tyrannical majority. And they pour scorn on French assimilationist policies. Indeed, they actively counteract efforts towards integration, assimilation and inclusion. One might view their defence of the minority, and their critique of a potentially oppressive majority culture, as a matter of principle. But it isn’t, claims Adamson. They view ‘annihilation’ of the other as an exclusively Western phenomenon. When it comes to ethnic groups themselves, the rights of dissenting minorities within these groups are rarely defended. That’s because the multicultural agenda treats ethnic subcultures as homogeneous groups, as though individuals within them uniformly share a common identity defined solely by their common heritage or religion. Thus, annihilation of the other is acceptable, so long as the majority responsible for doing so is ethnic.

We have to protect ‘their’ difference from us, it seems, but never the ethnic dissident’s individuality or ‘difference’ from their own cultural traditions. Adamson cites the example of Tasleem Begum from Bradford, who, after leaving her husband (from a forced marriage), was shot in the head by her brother-in-law. The brother-in-law’s sentence was commuted from murder to manslaughter on the grounds of ‘provocation’, stemming from the shame Begum had brought on her husband’s family’s honour.

Anti-racist liberals’ concerns about far-right, xenophobic politics, with its inflammatory rhetoric of ‘us’ and ‘them’, are legitimate. As ever, we must take a principled, anti-racist approach to immigration. At the same time, the political and cultural impact of immigration and people’s concerns about a lack of integration need to be taken seriously.

Yet, in their eagerness to avoid accusations of racism, left-leaning liberals have abandoned traditionally progressive liberal principles. And, in doing so, they have unwittingly embraced a form of multiculturalism that is deeply ideological and illiberal in its current form. The Trojan Horse is far more authentic in its anti-racism than the multicultural agenda it critiques. Adamson provides a groundbreaking evaluation of pluralist multiculturalism’s current flaws, and a blueprint for fixing them that promotes true diversity.

Terri Murray (PhD) is the author of Feminist Film Studies: A Teacher’s Guide (2007) and Thinking Straight About Being Gay: Why It Matters If We’re Born That Way (2015).

The Trojan Horse: A Leftist Critique of Multiculturalism in the West is not yet available. If you would like a copy, email the author, Goran Adamson, directly: goran.adamson@yahoo.se