Syria: a war for nothing

The Syria Truce is a desperate attempt to restore the pre-2011 set-up. 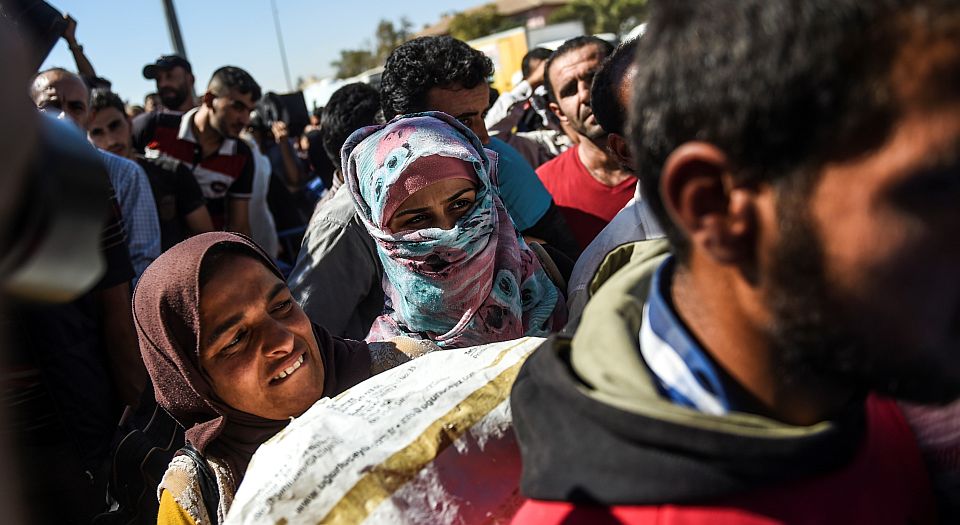 ‘The United States and Russia are announcing a plan, which we hope will reduce violence, reduce suffering and resume movement towards a negotiated peace and a transition in Syria… that, if followed, has the ability to provide a turning point, a moment of change.’

So said US secretary of state John Kerry over the weekend. Details of the latest Syria peace plan are sketchy, largely because the five concession-laden, back-scratching documents in which the plan has been outlined are to be kept secret. But we do know that, as of yesterday evening, there is to be a 10-day ‘cessation of hostilities’, after which the US and Russia will coordinate a bombing campaign against particular elements in the Syrian conflict, including ISIS and the increasingly dominant Islamist force in the conflict, Jabhat Fateh al-Sham (formerly known as al-Qaeda affiliate Jabhat al-Nusra).

Questions are rightly being asked of a plan rich in doublespeaking irony. After all, it’s a cessation of hostilities in which the ostensible enemies, ISIS and Fateh al-Sham, will not only continue to fight, but will continue to be fought: a cessation of hostilities in which hostilities do not actually cease. And it’s a plan riven with implausibility, too. How exactly are the US and Russia, not to mention the other key players, from Turkey to the Syrian regime of Bashar al-Assad itself, meant to agree who it is they should all be bombing? Remember, they have been spending the past five years creating this infernal cat’s cradle of a conflict, not only fighting each other, or even fighting each other through their proxies, but also even turning their own proxies on each other, be it America’s NATO ally Turkey attacking America’s regional ally, the Kurds, or the Kurdish YPG attacking CIA-backed anti-Assad rebels.

But there’s a deeper, even more troubling question to be asked of this plan, this attempt, as the Guardian put it, to create ‘a sustainable peace’: is this it? Is this what the past five years of conflict were for? A Syria that, to all intents and purposes, resembles the Syria of January 2011, the pre-Arab Spring nation of Assad, with the same borders, the same incendiary tensions, and the same lack of freedom? Of course, we don’t know for certain that that’s what the plan amounts to. There’s no transparency demanded here. But given Assad’s willingness to comply, given Turkey’s assent, and given the cautious enthusiasm of both Russia and the US, it’s safe to assume that all these parties’ interests are being protected. That means no ‘regime change’, no democratic undermining of Alawite-minority control of a Sunni-dominated nation, and no independence, quasi or otherwise, for the Kurds.

It’s a plan, in other words, that wants to erase the past five years, to reduce the chaos, the struggle, the loss, to nothing. And what loss: nearly half-a-million Syrians have been killed; 4.8million have fled; and a further 6.5million have been displaced within Syria. Cities have been devastated, an infrastructure blasted away, communities torn apart and made to bear witness to unimaginable barbarity. And it’s all been for what? A ‘negotiated peace’ in the interests of the former status quo?

It’s difficult to convey the tragic absurdity of this desperate recourse, especially on the part of the US and its allies, to how things were in Syria. You don’t have to be a certifiable Pangloss to grasp that past conflicts, no matter how brutal or barbaric, have often been for something, have resulted in a new arrangement, even if that something was merely the victors’ history-writing prerogative. From the Thirty Years War, new nations emerged, emboldened; from the World Wars of the 20th century, old empires fell, new ones emerged, and, as every schoolkid is taught, fascism was defeated. Even the Iraq War had a tangible, if chimeric, objective, realised with the fall of Saddam Hussein.

But the Syrian conflict is different. This ‘sustainable peace’, as the Guardian calls it, this ‘moment of change’, as Kerry euphemises it, doesn’t look like an objective achieved, a set of ends realised or reached, let alone a victory. Rather, it looks like a desperately cobbled-together compromise between powerbrokers who would now just wish the past five years away if they could.

Nowhere is this barbaric cluelessness more apparent than in the ever-changing position of the US. This, remember, is the same US that in the summer of 2011, with Hillary Clinton as secretary of state, demanded that Assad step down, that America had ‘absolutely nothing invested in him remaining in power’. Clinton’s was not a lone voice; it was merely the leading voice in the anti-Assad chorus that dominated Western foreign policy before ISIS emerged. And now, five years on, the same nations that encouraged the rebellion against Assad, which internationalised and entrenched the Syrian conflict, funding and backing assorted rebel groups, many of which were soon to don the black of ISIS itself, are now only too happy to work with Assad to bring about a ‘negotiated peace’. It beggars belief.

An argument could of course be made for Russia having realised its objectives, which, being largely reactive, involved little more than the realpolitik aim of shoring up the Assad regime. But at what cost to the Syrian people? In March, it emerged that Russian airstrikes, which began in earnest last summer, had killed nearly 2,000 civilians – more than ISIS itself. And for what? Keeping Syria as it is.

But perhaps it is when one remembers what originally impelled the Syrian conflict that the travesty of its externally drawn-up conclusion appears most stark. Back in the spring of 2011, following popular protests at the arrest of at least 15 children in Dara’a for anti-Assad graffiti, there was a genuine sense of freedom in the air. The New York Times described one protest, involving over 100,000 people in the northern city of Hama, as ‘the most serious challenge to 40 years of repressive rule by the Assad family since 1982’. At the time, activists spoke of ‘want[ing] to be part of drawing and designing [our] future’, of, in the words of one protester, wanting ‘freedom and dignity and an end to emergency law’ (which had been in place since 1963). Sure, the ethnic tensions that were to erupt into a region-wide conflict between Sunnis and assorted Shias were present even then, but it was also a political struggle for greater democracy, and greater self-rule on the part of the Syrian majority that was exploding into courageous life. And it’s that, that now long-distant, incipient popular struggle, that has been corrupted and now erased in this completely internationalised conflict and its forced, miserable, for-nothing conclusion.

Perhaps, in time, and for a time, this West-Russia attempt to re-establish the status quo in Syria will succeed. But it won’t last. The Kurds won’t retreat. And the anti-Assad sentiment won’t abate. Too much has been unleashed, and lost, for the lid to be neatly put back in place.