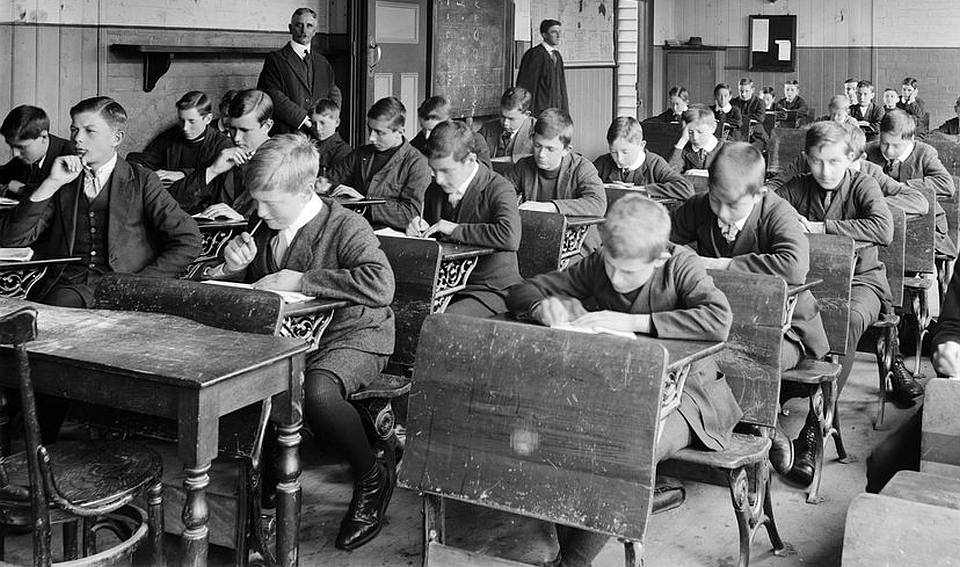 Re-introducing grammar schools, or academic selection for children aged 11, has rivalled Brexit as the main political talking point this summer. Last week, on the same day Theresa May’s proposals were finally confirmed, my daughter took the 11-plus exam, or ‘Kent Test’ as it’s known locally. We’d spent months preparing for the big day and that morning she hugged me a little tighter than usual and bravely fought back tears. Fortunately, she pulled herself together for the test and has, I’m pleased to report, been dining out on her efforts ever since with pizzas, sleepover parties and ritual book burnings.

At the moment, Kent is one of only a handful of places in the UK that has selective secondary schools, a throwback to the educational beliefs of a bygone era. Some, like the school my sons attend, date back centuries. The nostalgia currently driving government policy is for something comparatively more recent: the grammar schools brought into existence by the 1944 Education Act. This legislation enshrined the right of all children to secondary education through a tripartite system of grammar, technical and secondary-modern schools. In reality, few technical schools existed and, for most children, success or failure in the 11-plus led to roughly 20 per cent of each age group attending grammar schools, where pupils enjoyed a traditional academic curriculum, while the majority attended secondary moderns, where pupils received lessons considered more ‘relevant’ to their future lives.

Grammar schools did not take off in earnest until after the Second World War. Academic selection epitomised education policy of the 1950s, but was already being called into question by the end of that decade. In 1965, the then Labour education secretary, Anthony Crosland, issued a circular requesting the closure of grammar schools. But it was Margaret Thatcher, a few years later, who, as education secretary, introduced an unprecedented number of comprehensive schools, where children of all abilities would be educated together.

Grammar schools are a product of a particular and very short-lived era. Their existence was premised on two fundamental assumptions; first, a conviction that intelligence was innate, differently distributed throughout the population and measurable through a simple test; and, second, a belief in the value of a classical liberal education. The continued fondness for grammars is driven for the most part by their perceived connection to social mobility. In the 1950s, a small number of bright kids from poor families did indeed have their life chances transformed by education. But, again, this needs to be placed in the context of the time. The era of grammar schools coincided with a period of economic growth, when more ‘middle-class’ and better paid jobs were being created. Academic selection may have determined who filled those jobs, but it did not bring them into existence.

However much May and a section of the Conservative Party may wish it were otherwise, the 1950s cannot be legislated back into existence, and neither can grammar schools. Of course, selection based on exam performance can be reintroduced, but even here the differences between the cultural attitudes of the 1950s and today are striking. Nowadays, parents and teachers alike are quick to bemoan the pressure children are put under at school. A few months ago, some parents kept their children off school for a day for a ‘kids’ strike’ in protest at the stress of testing. When children are considered to be so vulnerable to mental-health problems, a high-stakes, pass-or-fail test for 10-year-olds takes on a far greater significance than it would have done in the past.

Bringing together children who successfully jump through the 11-plus hoop does not necessarily create a grammar school. Changing the law is a blunt means of promoting values and changing educational culture. The ethos of many existing grammar schools is based on tradition, and built into their architecture. Mostly, it stems from a curriculum that privileges academic subjects over vocational ones, and scholarly success over social inclusion. For this reason, grammar schools tend to attract teachers who are first and foremost subject specialists.

When grammar schools were introduced in the years after the Second World War, teachers largely shared a belief in the content of a classical liberal education. Few questioned whether material needed to be ‘relevant’ to the lives of 14-year-olds. Rarely was the curriculum criticised for being pale, male and stale. Teachers and parents accepted the merit of knowledge taught at school and the values presented in the curriculum.

It is certainly not impossible to offer children this academic, knowledge-based education today. In fact, many schools – both grammar and non-selective – already do. What’s needed is not a change in the law, but school leaders and teachers who are sufficiently passionate about the subjects they teach. Only then will schools be prepared to go beyond the strictures of the exam syllabus, and, at the same time, minimise the myriad other demands placed on them to teach everything from relationships to how to open a bank account. This requires teachers with sufficient subject knowledge, and a firm conviction that this knowledge is worth children mastering. Only then will schools be able to resist the pressure to succumb to a culture of low expectations.

When I’ve talked with other parents at my daughter’s school over the past few months, bemoaning the stress of the Kent Test, grammar schools have been the No1 topic of conversation. However, despite the additional pressure the 11-plus puts on family life, it’s easy to see why grammar schools are still popular: parents want their children to be challenged; they want them to learn academic subjects; and they want them to leave school knowing considerably more than they did when they started. In my experience, this is an aspiration that all parents share. Few parents say they want selection for the sake of it. If we believe that intelligence is neither fixed nor innate and that all children are capable of being educated, then there is no reason why a rigorous, academic curriculum can’t be introduced in all schools. But this will require a cultural shift, an appreciation of knowledge and learning for its own sake, and a determination to put children under pressure rather than seeing them as too vulnerable to learn. Tinkering with education policy may provide a different set of incentives and a few quick fixes, but it is unlikely to change the dominant ethos surrounding education today.

That May is arguing for grammar schools primarily on the basis of social mobility shows exactly how far we are from a culture that values academic knowledge. Placing social mobility at the heart of education reduces academic subjects to skills that might aid employability. It implies an instrumentalisation of knowledge that completely undercuts any belief in learning for its own sake. If May’s proposals come to fruition, we risk importing the worst element of grammar schools – selection – without reaping their greatest benefit: the privileging of subject knowledge. What would be better for all children is a return to the founding ethos of the comprehensive system: namely, that of ‘grammar schools for all’.

Joanna Williams is education editor at spiked. Her most recent book, Academic Freedom in an Age of Conformity: Confronting the Fear of Knowledge, is published by Palgrave Macmillan UK. (Order this book from Amazon (USA).