Greens: the party of paranoia 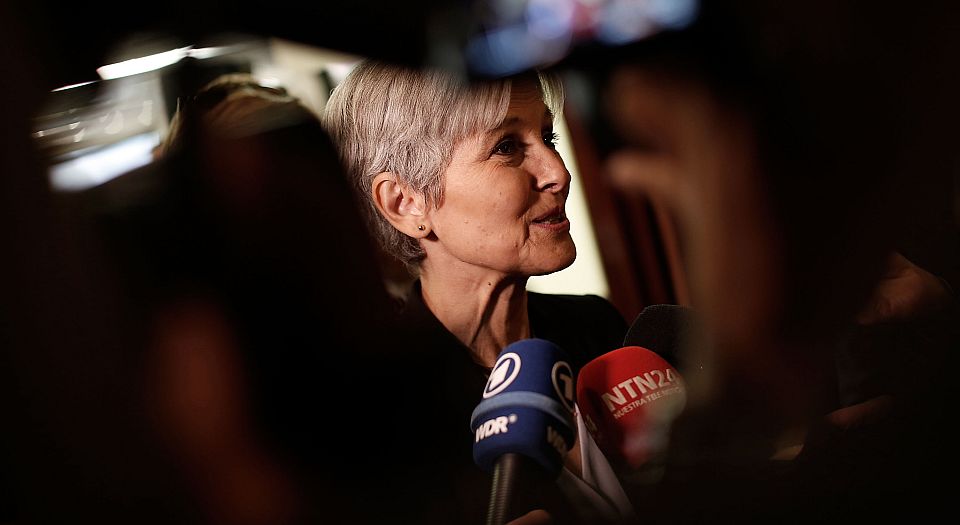 As the US edges closer to the 2016 presidential election, many voters are at a loss about who to support. According to a recent national survey conducted by Monmouth University, 33 per cent of people polled had a positive view of Democrat nominee Hillary Clinton, and 24 per cent had a positive view of Republican nominee Donald Trump. The survey revealed a plurality of respondents – 35 per cent in total – who didn’t like either candidate.

On election day, most of this 35 per cent will no doubt hold their noses and begrudgingly vote for either Clinton or Trump. However, the historic unpopularity of both the Republican and Democrat picks has raised the hopes of third-party and independent candidates. Beltway conservatives – a la William Kristol – hope an independent, right-leaning candidate will come to the rescue, while other conservatives have jumped ship to Libertarian Party candidate Gary Johnson.

Many of the Democrats who supported Vermont senator Bernie Sanders in the primaries have now reluctantly closed ranks around Hillary, for fear of a Trump victory. The memories of Ralph Nader taking votes from Al Gore in the 2000 election still haunt them. Nevertheless, a sizeable number of left-leaning Bernie Sanders supporters still can’t bring themselves to vote for Clinton. Now, many in the so-called ‘Bernie or bust’ camp are turning to the Green Party.

As spiked has often argued, environmentalism, despite presenting itself as left-wing and progressive, is nothing of the sort. Greens’ anti-growth, conservationist outlook is far removed from previous left-wing demands for material abundance. Yet, unfortunately, green parties in many Western countries are now significant forces on the so-called left. The Green Party of the United States, however, is even more bizarre than its international counterparts. In this election cycle, it’s been less an environmentalist party, and more a full-blown conspiracy-theory party.

The Green Party’s nominee, Jill Stein, has already courted controversy for her statements on vaccination. Although she now claims to support it, she has often, in the past, pandered to the conspiracy theories of the anti-vaccination movement. She has floated the idea that the Food and Drug Administration and the Center for Disease Control, which approve vaccines, are not to be trusted, because they are institutions ‘where corporate influence and the pharmaceutical industry has a lot of influence’. The implication being that evil drug companies are out to poison children. Stein also thinks that wifi signals are potentially harmful, and has suggested restricting wifi in schools.

Yet when it comes to conspiratorial paranoia, Stein’s vice-presidential pick, Ajamu Baraka, takes the tinfoil crown. Baraka seems to have spent years floating around the US conspiracy theory and ‘truther’ scene, regularly appearing on oddball websites and radio shows. Just this year, Baraka contributed an essay to a book entitled Another French False Flag?: Bloody Tracks from Paris to San Bernardino. Baraka’s essay, it should be noted, did not allege that the Paris attacks were a state conspiracy. But many of the other essays did. The book is replete with outlandish conspiracy theories concerning the Paris attacks, and includes contributions from outright anti-Semites like Ken O’Keefe.

Baraka himself seems to find a conspiracy in nearly every news event. He has claimed that the 2014 murder of three Israeli teenagers by Hamas was a ‘false flag’ attack. He has also suggested that the reason prosecutors are pushing for racist mass shooter Dylann Roof to be sentenced to death is to bolster African-American support for the death penalty. And he thinks the kidnapping of hundreds of schoolgirls in Chibok, Nigeria by Boko Haram was a conspiracy by the powers that be. The man’s paranoia, his tendency to see dark forces lurking behind every major event, appears to know no bounds

Green parties across the world are often prone to conspiratorial thinking about the supposed machinations of energy firms. The US Green Party, however, has gone a step further. The Stein-Baraka ticket is plucking its talking points from the deepest, darkest recesses of online politics. That the Greens are actually considered a viable alternative by some disaffected progressives is testament to how bizarre this election cycle has been – and how distorted progressivism has become.