Ignore the doom-sayers, London after dark is nothing to fear. 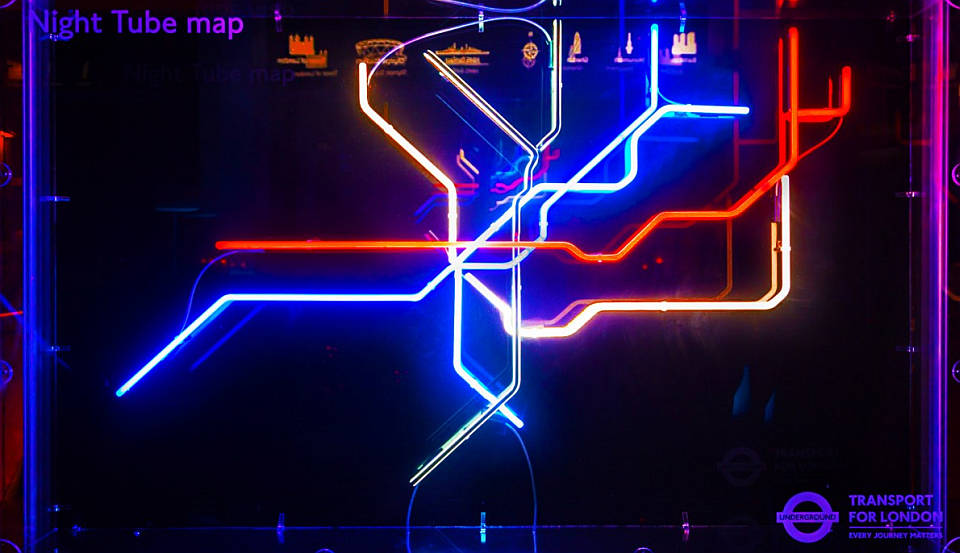 After what seems like a lifetime since it was initially announced, the Night Tube is finally here. From now on, the Central and Victoria lines will run on Friday and Saturday nights, ferrying central-London partygoers back home to the suburbs. And more lines will be added soon. This is fantastic. Soon, teenagers will never have to know the misery of falling asleep waiting for the night bus at Victoria, or scraping together the money for a cab home because the N19 hasn’t turned up.

But what’s the point of a Night Tube if there is nobody around to ride it? Though this is a big step towards a truly 24-hour London, there are various factors – from panics about binge drinking and sexual assault to local-council clampdowns on clubs and bars – that are standing in the way of the Night Tube being a success. Worse still, this culture of risk-aversion and puritanism is teaching young people to fear the night, rather than embrace it.

Recently revamped licensing laws, which have pushed clubs to introduce over-the-top measures, such as ID scanning and airport-style security, have forced the closure of many of the capital’s favourite venues. And initiatives to stop supposedly anti-social behaviour in Hackney, a borough famous for its party scene, have meant that new venues have been stopped from opening because of concerns about noise and even littering. So anti-partying is Hackney council, that it’s even panicking about revellers taking a leak behind the bins. The clampdown on clubs has resulted in many of them choosing to close by midnight – before the Night Tube even starts running.

Even then, many young people are scared to go out in the first place. New studies have shown that young people are more likely to stay at home than head out for a night on the town. And it’s easy to see why. Drink is increasingly demonised. Barely a week passes without some charity or government body warning of the dangers of so-called binge-drinking. Take Dryatholon, a Cancer Research UK campaign calling on people to take a break after a ‘summer of overindulgence’ to ‘clear your head, feel fitter and save some money’. In the eyes of officialdom, drink is no longer a fun way to unwind; it’s a vice to be eliminated.

Then, of course, there is the scaremongering about women’s safety, not just in clubs and bars, but on public transport. ‘As a woman, I won’t be using the Night Tube’, wrote Amelia Perrin in the Metro. ‘I’ve had enough issues with the Tube in broad daylight to know that the Night Tube just won’t work in practice.’

This hysteria about sexual assault on public transport has led many young women to believe that life after dark poses a significant threat. But nothing could be further from the truth. Anyone who has been on a night bus knows that drunk girls are far more terrifying than drunk blokes. And the majority of people out and about at night are just looking for a good time. In many ways, there is nothing more wonderful than a night bus: people sing, chat and, yes, sometimes argue. But it’s all part of the vibrancy of big-city life, not its inherent danger. Now we can bring that spirit to the Night Tube, too.

It’s not the reality of life after dark that’s the problem here; it’s the all-encompassing fear of life after dark. And that, by and large, is the product of officialdom’s fear-mongering about the various threats people, especially women, face in the city at night. We must all stand up to this fear-mongering, and women, in particular, should refuse to be patronised. We must call for an end to the policing of pubs and clubs, roll back the licensing laws and make every Tube line a 24-hour service (and not just at weekends). Then, London might finally become a thrilling, vibrant 24-hour city.