Time to oppose the bloodless coup against Brexit

The future state of British democracy is on the line. 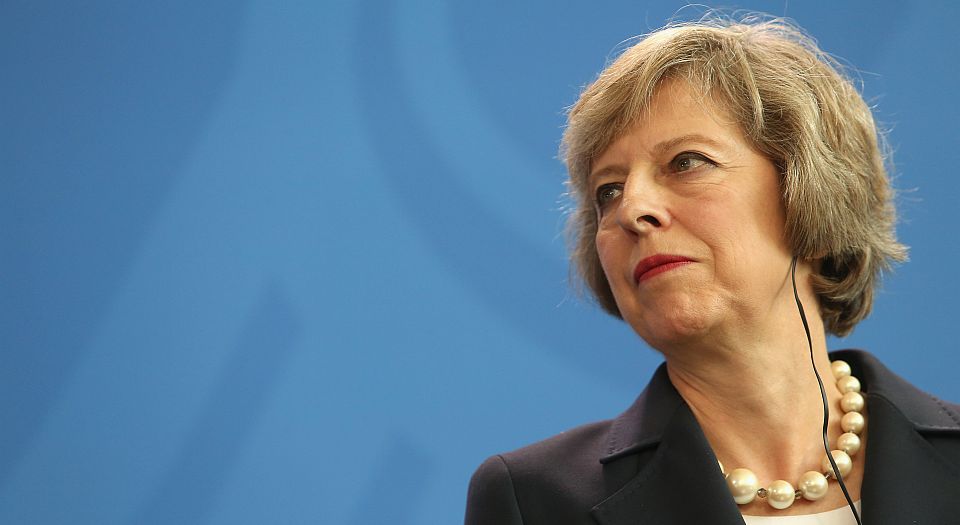 Remember Brexit? It is exactly two months since 17.4million people voted for the UK to leave the European Union – far more than have ever voted for anything before in British political history. And never before have so many voices been effectively silenced so quickly by so few.

In those two months since the 23 June referendum, it seems that nothing has really happened to implement the will of 52 per cent of those who voted. Yet a lot has been said and done to defy the result and try to deny that it ever happened.

The Europhile, demosphobic political and media elites have done their worst to declare the vote null and void. The High Court has been asked to rule against the government implementing Brexit by triggering Article 50, while over 1,000 top lawyers have signed a petition insisting that the referendum was only ‘advisory’, and that parliament must vote on (ie against) Brexit. They offer this (entirely misleading) legal advice free out of the goodness of their hearts because, in the noble words of Philip Kolvin QC, ‘In times of crisis people often turn to lawyers to ask them how we should behave in society’. Of course we do.

Meanwhile back in parliament, a cross-party clique of MPs – including Labour leadership challenger Owen Smith – has been manoeuvring for a second referendum to reverse the first one, while in the House of Lords unelected peers led by Tory Baroness Wheatcroft have been plotting to block Brexit by the backdoor.

Against this background, new Conservative prime minister Theresa May’s assurance that ‘Brexit means Brexit’ might make her sound like a principled democrat. Yet May’s words mean nothing, since she refuses to do the only thing that would make Brexit mean anything – trigger Article 50 and fulfil the pledge, spelled out in its pre-referendum propaganda, that ‘the government will implement what you decide’ (no mention of ‘advisory’ there).

All that prime minister May – a ‘Remain’ campaigner, of course – has promised is to begin the process by the time of the next General Election, due in a mere four years’ time. Meanwhile, the Remainer Guardian gleefully reports that ‘leaving the EU may not happen any time soon given that civil servants charged with the task don’t yet have an office and hold meetings in Starbucks’. As the Remainers-at-heart running the government seek to eke that cup of coffee out as long as possible, speculation has already begun as to whether they ever intend to press the button on Article 50.

We are now faced with what looks increasingly like a very British bloodless coup against the democratic vote for Brexit.

Leave voters have been not so much sold out as rubbed out, their clear, pencilled-in crosses on the ballot paper erased from the political debate. Yet to judge by UK media coverage this week, you might imagine that only three of those 17.4million voters are seriously concerned about the lack of progress towards Brexit. And worse, that those three are Iain Duncan Smith, Norman Tebbit and Katie Hopkins – a motley crew whom few might trust to steer the ship through stormy political waters towards Brexit.

In the Daily Telegraph, former Thatcherite hardcase Lord Tebbit observed this week that ‘The vast forces of the anti-Brexit elite are already reforming’. Over in the Mail, professional loudmouth Katie Hopkins complained that ‘Article 50 is about as triggered as a student in a Safe Space… We are in a state of paralysis… Thrombosis is setting in.’ While in the Sun on Sunday, former Tory leader and recently resigned cabinet minister Iain Duncan Smith warned against the attempt by influential forces ‘to turn this referendum result into a “neverendum”’.

These signs of dissent in Tory ranks might be dismissed as the grumblings of a few fringe reactionaries. But there are good reasons why those of us who usually have little in common with the likes of Tebbit, Hopkins and IDS need to try to break the ‘neverendum’ impasse. Because the ongoing bloodless coup against Brexit puts more at stake than the UK’s relations with the EU. The future state of British democracy itself is on the line.

The referendum vote for Leave represented a mighty rebuff to the British political class and its international allies. A majority of UK voters showed that they would not be told what was good for them, or frightened into doing as they were told, despite the desperate fear-mongering efforts of the leaders of every mainstream political party, the governor of the Bank of England, the chancellor of Germany, the president of the United States, Old Euro-Uncle Tom Cobley and all.

Leave voters seized a rare opportunity to make their voices heard and bring popular democracy to life. Some of us on the left were delighted with that result. Many others were, and remain, bitter about it. But, either way, we should recognise that there are now even bigger issues at stake, as the political class seeks to rewrite recent history and ride roughshod over the express wishes of the majority.

The supposedly liberal champions of Remain, who feel far more comfortable dealing with suave Eurocrats and judges than vulgar British voters, have seemed least able to disguise their contempt for democracy in the aftermath of the referendum. Their attitude was captured by the self-styled leading humanist-scientist Professor Richard Dawkins, who soon after the result revealed his true feelings about that 52 per cent of humanity as ‘stupid, ignorant people’, protesting that ‘it is unfair to thrust on to unqualified simpletons the responsibility to take historic decisions of great complexity and sophistication’.

Anybody tempted to dismiss this sort of thing as mere hissy fits in the immediate aftermath of a heated battle might note the Guardian’s new official anti-Brexit t-shirt, bearing the slogan ‘Never underestimate the power of stupid people in large groups’. They wear their demosphobia with pride.

This shrill culture war against the masses risks lending the appearance of liberal legitimacy to the elite’s bloodless coup. If they succeed, the result will not only be to derail Brexit from the undemocratic shadow of the EU. It could also empty democracy of any remaining meaning in the UK.

To make a difference, democracy must be more than a fine word to which we all pay obligatory lip service. Like its close ally freedom of speech, if democracy is to have any meaning it has to be brought alive by people who feel that they have a political choice and that their voice matters. The referendum result was a rare moment when that happened in recent UK politics. If we allow it to be trashed now, disillusionment with democracy can only get worse.

No doubt there are some understandable qualms about finding ourselves on broadly the same side as a Lord Tebbit or an IDS in demanding the will of the majority be done (although even these principled Tories favour delaying Article 50 in practice). But we should recall that greater democracy has always been a key demand of the British left, from the Levellers through the Chartists to Tony Benn. That was why Benn, hero of the Labour left, was always against the EU; and why, in the 1975 referendum on British membership of the European Economic Community, he campaigned for a ‘No’ vote despite finding himself on the same side as arch-right-winger Enoch ‘rivers of blood’ Powell.

Another left-wing veteran who always opposed EU membership was, of course, Jeremy Corbyn – until he became Labour leader, bowed to the pressure to conform, and became a ‘reluctant Remainer’ for the duration of the referendum campaign. Corbyn has since apparently rediscovered his principles and (quietly) demanded that Article 50 be triggered at once. Those who want to see the Labour leadership campaign make a difference in political life could press him to make that stand a central plank of his platform.

From wherever it might come, we need a renewed drive for freedom and democracy to oppose the bloodless coup and breathe new life into the Brexit debate. A good place to start will be spiked’s Invoke Article 50 Now! demo outside parliament on 5 September.

As our moribund political order appeared to be unraveling in the wake of the referendum result, there was much astounded talk along the lines of ‘Never mind a week – 15 minutes is now a long time in politics!’. Two months on, it is time to take a stand against those who are trying to stop the political clocks.

Don’t miss our Demo for Democracy on 5 September in Westminster.