Throughout its history, NATO has brutally thwarted democracy. 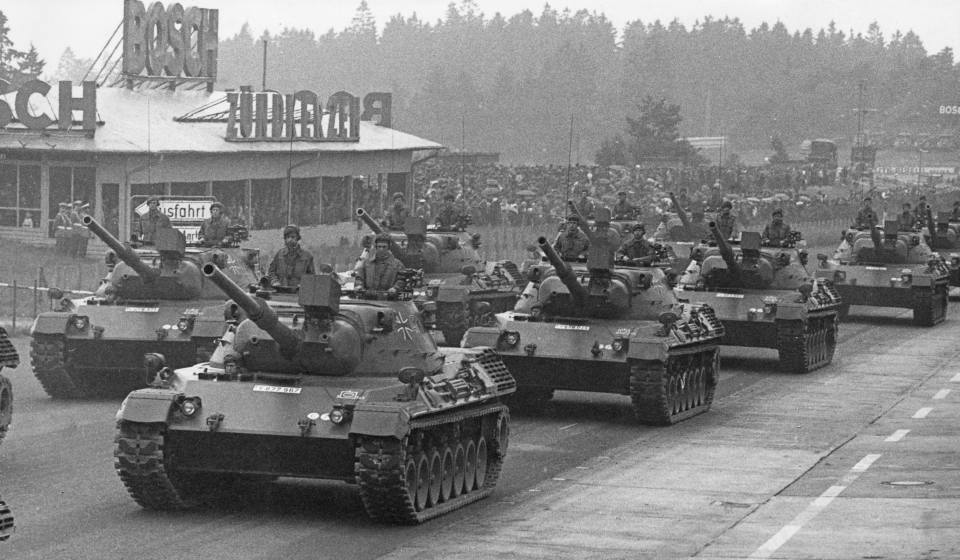 Labour leader Jeremy Corbyn has said the North Atlantic Treaty Organisation, or NATO as it’s otherwise known, should be closed down – and he’s right.

Following the signing of the North Atlantic Treaty in 1949, NATO itself was finally launched in 1952 as a military alliance whose purpose it was to defend Western Europe against a Russian invasion that never happened. Its ultimate objective, however, was to fix the postwar military order in place. As its first secretary general, Lord Ismay, said privately, NATO exists to ‘keep the Americans in, the Russians out, and the Germans down’.

NATO’s claim that it set out to defend democracy turned the truth on its head. As a military alliance, it was profoundly conservative, and has been hostile to democracy throughout its 64 years. From the outset, NATO included dictatorships like Antonio Salazar’s in Portugal, fostered military takeovers in Greece in 1967 and in Turkey in 1980 (carried out while the Turkish military were taking part in NATO manoeuvres), and cooperated with fascist Spain until dictator Francisco Franco’s death in 1975.

As many journalists and researchers have noted over the years, NATO’s military structure included secret armies put in place on the basis that they would make up ‘the resistance’, staying behind ‘when Russia invades’. But as European Parliament investigations uncovered in 1990, these ‘stay behind’ armies were ‘a clandestine parallel-intelligence and armed-operations organisation in several member states of the [European] Community’. ‘For over 40 years’, the report went on, ‘this organisation has escaped all democratic controls and has been run by the secret services of the states concerned in collaboration with NATO’.

The most alarming of these secret armies was the organisation known in Italy as ‘Gladio’, which recruited neo-Nazis to carry out several bomb attacks and assassinations to terrorise and demoralise the population – culminating in the bombing of Bologna railway station in 1980, which killed 85 people. NATO’s secret armies were not only organising anti-democratic forces in Italy, but across Western Europe – in the very countries where NATO was tasked with defending democracy. With some restraint, the European Parliament resolved to protest ‘vigorously at the assumption by certain US military personnel… of the right to encourage the establishment in Europe of a clandestine intelligence-and-operation network’.

NATO was vigorously opposed by left-wingers across Europe, with good cause. It was an organisation given over to militarism and repression. But at the end of the Cold War, its purpose was looking questionable. After the Berlin Wall came down, German foreign minister Hans-Dietrich Genscher crashed a meeting of the NATO and Warsaw Pact generals in Berlin and demanded to know what they thought they were doing there. Without a credible Soviet threat, the ostensible point of NATO seemed to be at an end. Across the world people looked optimistically towards a peace dividend, but the NATO powers made sure that did not happen.

Norman Schwarzkopf was made head of US Central Command in the Middle East in 1989. He was in the doldrums: ‘Nobody except a few stubborn hard-liners believed we’d go to war against the Soviets in the Middle East.’ Unnerved at the pointlessness of the US military, Schwarzkopf was ‘determined that the scenario we’d rehearse that summer would be one in which the enemy was not the Soviet Union, but Iraq’ (1). Such was the success of the US military’s public-relations effort that the war against Iraq in 1991 was not carried out under NATO, but under the wider United Nations.

But NATO was not wound down at the end of the Cold War. Instead, the Western powers used the NATO structure to award membership to those East European countries like Poland, the Czech Republic and Hungary that displayed loyalty. NATO forces bombed the Bosnian Serbs in 1995. In 1999, the citizens of Belgrade protected their bridges from 72 days of aerial bombardment by making themselves ‘human shields’. The Chinese embassy, meanwhile, was targeted and destroyed by NATO.

NATO structures, then, turned out to be an important part of the post-Cold War militarisation of international relations. NATO also led operations against Afghanistan in 2001, and against Libya in 2011. NATO’s rewarding of its East European allies paid off when they voted alongside Britain and America in the United Nations resolutions to invade Iraq in 2003.

NATO is a military alliance that puts militarism and elite rule above the democratic right of countries to decide their own future. Militarism has long been a resource drawn on by anti-democratic elites, and one that they have used again and again to subvert democracy. That’s why Corbyn is right: we need to disband NATO.

Picture by: Getty Images, showing Leopard tanks of the German Army during the 20th anniversary of the NATO alliance parade in June, 1969.