The farce over members’ voting rights shows democracy is out of fashion. 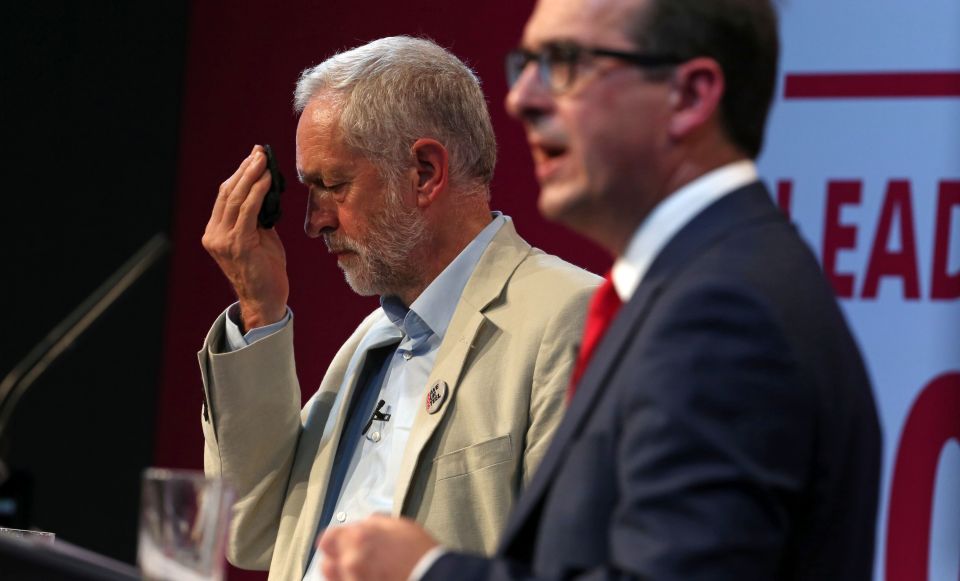 The pathetic spectacle of rival factions in the Labour Party fighting each other over their own rules through the UK courts confirms how far the party has not just fallen into disrepute but collapsed in a heap of rubble.

Once upon a time, Labour leaders and prime ministers made and used laws in order to change the world (albeit in their modest reformist fashion), whether by creating the National Health Service in the 1940s or helping (partially) to decriminalise abortion and homosexuality in the 1960s. Their attitude to the law was captured by John Shawcross, attorney general in the postwar Labour government, who told the Tories in the House of Commons that Labour could and would repeal their anti-trade-union legislation because ‘We are the masters now’.

For their part, left-wing Labour MPs and rank and file activists fought public campaigns to end or ‘smash’ unjust legislation that denied equal rights in British society to women, black people, trade unionists or others. Their attitude to legal matters was captured by the slogan ‘Better to break the law than break the poor!’, popular in campaigns against government spending cuts and the poll tax in the late 1980s.

Now, in stark contrast, we witness the pro- and anti-Corbyn sections of Labour going cap-in-hand to the courts to settle an internal dispute over their own rule book, pleading with top judges to interfere on their behalf. It appears that Labour power struggles are no longer about which side can mobilise the strongest political arguments or most popular campaigns, but which side has the better barristers or the ear of the beaks on the bench.

Meanwhile, the much-heralded mass movement of new Labour members has been reduced to an audience of passive spectators of news reports from the courts. At best, Corbyn’s leadership clique wanted to use the new members as an online stage army of silent witnesses to strengthen its case in the courtroom. At worst, the anti-Corbyn clique in the parliamentary Labour Party wanted m’lud to disenfranchise them altogether.

Never mind ‘Trotsky entryists’; it appears that the lawyers and judges are masters of ‘the movement’ now, and by invitation at that.

Five new Labour members – effectively fronts for the Corbyn team – had asked the courts to overturn the decision of the party’s National Executive Committee which barred 130,000 of the newest members from voting in the forthcoming leadership election between Corbyn and Owen Smith. At the start of last week, the left was claiming victory when the High Court in London upheld its claim. By the weekend, however, Labour’s general secretary was cock-a-hoop after the Appeal Court found in his favour and reinstated the party NEC’s ruling.

What actually happened during that week-long titanic struggle for the soul of the Labour Party? First, one high court judge, Mr Justice Hickinbottom, sided with the Corbynites; then three appeal court judges – Lord Justice Beatson, Lady Justice Macur and Lord Justice Sales – sided with Corbyn’s opponents. No Labour Party members got a look in on either side (assuming that none of the judges was an entryist under those wigs).

After the Appeal Court judgment, the five Labour members announced that they would not be pursuing the case further, having apparently spent the £93,572 raised to meet their legal costs. For its part the Labour NEC had spent a large slice of the windfall of new members’ fees funding its legal fight to prevent 130,000 of those very members exercising their right to vote. The one clique that never loses out in such a courtroom circus is the top lawyers’ club.

The NEC’s use of the courts to block party members from voting for their leader looks like an obvious attack on inner-party democracy (albeit apparently in line with the rulebook, the bureaucrats’ bible). But is the other side much better? It was, after all, the Corbyn faction that first went to the High Court to plead with the judge effectively to rewrite the Labour Party’s constitution.

After Corbyn’s side lost in the Appeal Court, a spokesman for the Labour leader declared that ‘the strength of solidarity shown to the five claimants campaigning for the democratic rights of their fellow Labour Party members has been truly remarkable. It is clear that there exists a huge amount of support for Jeremy’s vision of a democratic Labour Party that is open and inclusive for all, so that we can achieve a Labour government that can transform and rebuild Britain so that nowhere and no one is left behind.’

What does this radical-sounding rhetoric really mean in today’s Labour Party? The ‘strength of solidarity shown to the five claimants campaigning for the democratic rights of their fellow Labour Party members’ amounts to little more than clicking a button on a crowd-funding website to donate a few quid to a ‘campaign’ for democracy which actually existed only in the decidedly undemocratic corridors of the Royal Courts of Justice.

The ‘huge groundswell of support for Jeremy’s vision of a democratic Labour Party’ has an equally ephemeral existence. Its new membership numbers might look good on paper, but have little real political presence, outside the occasional rally where the leader preaches to the choir. The real struggle for the future of Labour, meanwhile, has been confined to a few of m’learned friends debating points of law inside a court system that nobody could call ‘open and inclusive to all’.

Whoever wins the Labour leadership contest – almost certainly Corbyn, despite the legal setback – can have little hope of achieving ‘a Labour government that can rebuild and transform Britain’ when they cannot even sort out their own private business without recourse to Her Majesty’s courts, where the royal motto ‘Dieu et Mon Droit’ – God and My Right – reminds them of where the real power lies.

The internal affairs of the Labour Party ought to be a matter for its members, and no concern of the judges – or indeed of an anti-Labour leftie like me. These things have a wider importance, however, because they are part of a dangerous trend in post-Brexit UK politics to pay lip service to democracy in principle, while spitting on it in practice. The notion that it should be left to the courts to decide the Labour party’s rules looks like part of the same elitist current that has seen powerful cliques from top barristers to barons in the House of Lords scheming to overcome the referendum votes of 17.4million ‘ordinary’ people. Asking judges to defend democracy in the Labour Party is no more progressive than asking them to stop the government triggering Brexit via Article 50 – an anti-democratic legal campaign that has also been justified in the name of democracy, of course.

Lawyers have long played a prominent role in the Labour Party, from Hartley ‘We’re the masters’ Shawcross to Tony Blair. But that’s no excuse for the left to invite the judicial arm of the British state to act as judge, jury and potential executioner of its supposedly cherished party democracy.