The moral, principled case against the named person scheme 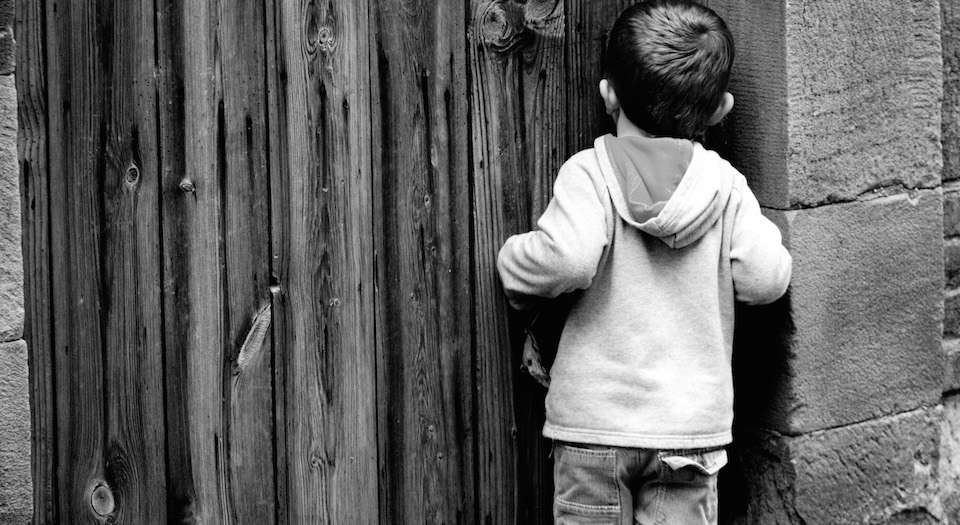 These can be difficult times for well-intentioned campaigners who ask themselves: should illiberal public policies be challenged in the courts? The issue has been highlighted by last week’s ruling by the UK Supreme Court on the Scottish government’s illiberal named person scheme, whereby every Scottish child under 18 will have a state-appointed guardian. The court found the scheme to be fundamentally legitimate, but required the Scottish government to amend some detail about information-sharing within the next 42 days. The court’s ruling shows how political problems cannot be resolved in the courts.

For a start, the UK’s Supreme Court is not filled with liberal judges bristling with a desire to strike a blow for parental rights against a meddlesome state. The five judges who heard the case gave a unanimous judgment that the scheme ‘pursues legitimate aims’ and that the aim of the legislation ‘is unquestionably legitimate and benign’. In other words, they agreed that the essential idea of state-appointed guardians for Scotland’s one million children was both lawful and unobjectionable.

Campaigners of an earlier era understood the conservative nature of the judiciary and hence were unlikely to use the law to effect radical change. The problem was laid bare by Professor Griffith in The Politics of the Judiciary, a book that ran to five editions between 1977 and 1997. The book’s central thesis was that the judge’s ‘interpretation of what is in the public interest and therefore politically desirable is determined by the kind of people they are and the position they hold in our society’. He concluded that ‘this position is a part of established authority and so is necessarily conservative, not liberal.’

The final edition of Griffith’s book was published the year before the Human Rights Act was passed in 1998 and it was clear by then, even to the sceptical author, that human-rights laws might tempt campaigners to resort to law as a force for progress. Griffith noted how the Labour Party and the Liberal Democrats, as well as many in the judiciary, were keen to incorporate the European Convention on Human Rights into UK law because of its emphasis on ‘ethical principles about how the state should be run’ and ‘the virtuous conduct of the state’s affairs’. Griffith hedged his bets in saying that this was ‘a form of judicial evangelicalism which may not prosper’.

Some 20 years later, after the European Convention on Human Rights was incorporated into UK law by the Human Rights Act, it is clear that human rights as a form of judicial evangelicalism has indeed prospered. Prospered in the sense that campaigners now regularly challenge controversial public policies in the courts by arguing, through lawyers, that the policy offends some ethical human rights principle about how the state should be run.

But the essential problem for today’s court-friendly campaigners remains that which Professor Griffith identified in the pre-human rights era – that judges are part of the established authority and are ‘necessarily conservative, not liberal’. The only thing that has changed is the nature of this conservatism: it is now a conservatism based on human-rights evangelicalism rather than the class-based (often anti-trade union) conservatism that had particularly troubled Griffith, whose book was first published in an era of trade-union militancy.

Today’s human-rights-based conservatism does indeed contain ethical principles about how the state should be run. The central ethical principal is that the state should be expanded in the name of protecting others, even if this comes at the expense of personal autonomy and parental freedom. As the former director of public prosecutions and current Labour MP Keir Starmer put it: ‘civil liberties and human rights are not two sides of the same coin.’ Whereas ‘civil liberties protect the individual from the state’, human rights, ‘through the principle of positive obligations, also require the state to protect individuals at risk in certain situations’. Starmer’s distinction can be simply put: liberty is about protection from the state, whereas human rights are about protection by the state. And today’s conservatives support a human-rights discourse that favours a greater role for the state in the name of protecting individuals who may be at risk.

A civil-liberties approach to Scotland’s named person policy could have jeopardised the scheme by recognising the importance of family life as a sphere of activity that should be protected from undue state interference. But that sort of approach is alien to today’s judiciary, who have grown used to applying the human-rights discourse that invariably requires the state to expand its reach. State-appointed guardians for one million Scottish children is the sort of policy that is consonant with the ethical principles that inform today’s judicial conservatism. So it is not surprising that the scheme’s underlying philosophy has now been signed off as lawful by the Supreme Court. The outcome, on the point of principle, was never likely to be otherwise.

One of the problems for a campaign that claims a policy is unlawful is that when the supreme legal authority in the land declares the principle that underpins the policy to be lawful, the campaign is silenced. Campaigners who said the policy was wrong because it was unlawful, before the Supreme Court judgment, can hardly argue that it is now wrong for political reasons.

The problem with court-based challenges is that courts deal in legality; they do not deal in what is right or wrong. The former is an issue of law, whereas the latter is an issue of politics. Judges are not expected to engage in politics; indeed, they tend to eschew it as something irrelevant that would interfere with their grappling of detail by established legal principles. They don’t ask political questions like: ‘What problems need to be addressed?’, ‘How should they be addressed?’, or, ‘Are state-appointed guardians for every child a good idea?’

Having got the issue of right and wrong out of the way by coming down firmly on the side of the Scottish government, the bulk of the Supreme Court’s judgment was concerned with what judges are required to do – namely, grapple with detail by applying established legal principles. They concluded that there were insufficient safeguards to prevent confidential information from being exchanged with named persons. The court concluded that it was ‘perfectly possible that information, including confidential information concerning a child or young person’s state of health (for example, as to contraception, pregnancy or sexually transmitted disease), could be disclosed… to a wide range of public authorities without either the child or young person or her parents being aware of the interference with their Article 8 rights [right to respect for family and private life]’. Unless cured of this deficiency of detail within the next 42 days, the court said the named person scheme would be declared unlawful.

None of this is likely to do more than delay the implementation of the named person scheme (which was due to come into force on 31 August) for more than a short period. Hence Scotland’s deputy first minister, John Swinney, was able to respond to the judgment by saying that ‘ministers remain absolutely committed to the named person policy’ and that it ‘will be implemented nationally at the earliest possible date’. Likewise, first minister Nicola Sturgeon was able to tweet: ‘We will clarify info-sharing provisions and implement what court described as “legitimate” policy.’

Scotland’s named person scheme is a loathsome illiberal policy that fails entirely to understand human nature. It fails to understand that parental rights will be harmed by the imposition by the state of a named person who is given rights to meddle in the parent-child relationship. It fails to understand that the minority of children who may suffer serious harm at the hands of their parents will not be helped by the across-the-board approach of the named person scheme. What this minority of children need are teachers, dinner ladies, social workers, doctors, health visitors and home helps to use their human instincts to do the right thing. In contrast to what is required, the named person scheme will encourage people to regulate their instincts with bureaucracy, to replace their moral inclinations with legal requirements and to temper their tendency to act courageously by encouraging them to seek legal advice. The named person scheme is a policy that seeks to emasculate ordinary human instincts with the red tape of legal bureaucracy. It is the practical manifestation of the human-rights discourse writ large.

The existence of human-rights laws – with their supposed emphasis on ‘ethical principles about how the state should be run’ – does not alter the fact that court rulings are always likely to be conservative rather than progressive. Today’s judicial conservatism expresses itself in favour of rulings that allow the state’s power to expand rather than contract. The argument for liberty remains, as ever, one that needs to be won with the people. It cannot come from submissions made by lawyers to judges in court; it can only come from political arguments made with law makers in the public domain.

Picture by: Darrel Birkett, published under a creative commons license.