The aristocratic fury with Brexit

The Lords' attempt to thwart our will is positively pre-modern. 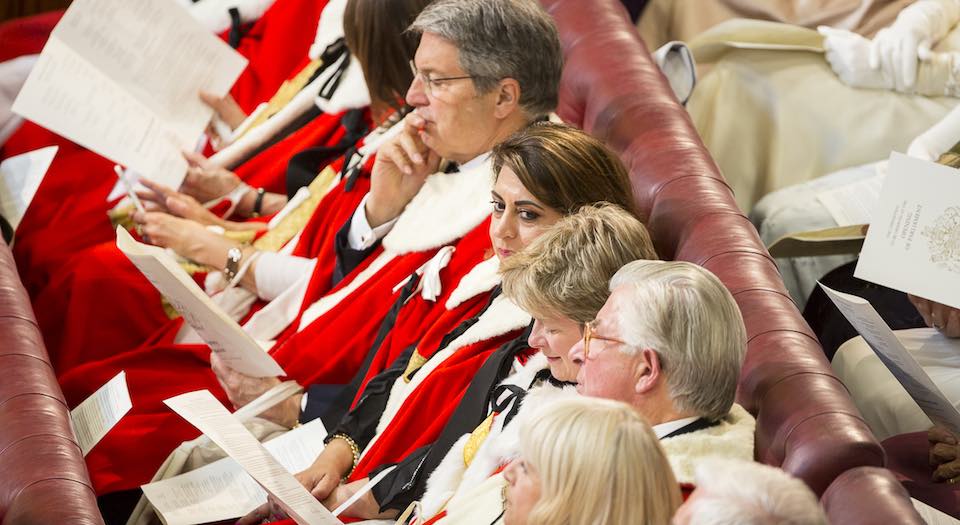 Have you heard of Patience Wheatcroft? You know, Baroness Wheatcroft, the esteemed Tory peer who has served in the House of Lords since 2010? Of course you haven’t. Not because you’re ignorant, or uninterested in our political process. But because neither you nor I nor anyone in this country ever elected her. And yet, as we speak, she is plotting to overturn our collective will.

In an interview this week with The Times, Wheatcroft revealed that her and ‘several dozen’ of her fellow peers were working out how best to block or delay the implementation of the Brexit vote. ‘I would hope’, she said, ‘while we delayed things, that there would be sufficient movement in the EU to justify putting it to the electorate, either through a General Election or a second referendum’.

In practice, this would mean the Lords blocking any bill aimed at enacting Brexit. That is, the unelected second chamber would block the implementation of the biggest democratic mandate in our history. ‘Constitutionally we can do that. So if it got to that stage I think we would’, she said. In the wake of this great, democratic cock-up, it was incumbent upon the Lords, she said, to make ‘the House of Commons think again’.

And she’s not alone. Another Tory peer, who didn’t want to be named, told The Times that the Lords ‘will and can’ delay the triggering of Article 50. ‘Leave won on only 51.9 per cent of the vote, on facts presented that are patently wrong or misleading’, he said. ‘It’s absolutely astonishing that everyone is rolling over and saying “well that’s all done and dusted”.’

Then there’s Labour peer Oona King, who tabled a debate in the wake of the Brexit vote on the subject of a second referendum. King said voters were misled, and that it was the role of the Lords ‘to scrutinise the decisions of those with democratic authority – in this case, the British people – to bring more facts to their attention and to ask them to review their decision’.

Just take that in for a moment. This gaggle of lords and baronesses is scheming against our democratic wishes in the name of doing what’s best for us – in the name of stopping us moral infants from getting carried away with ourselves. It’s horrendous. Throwback. Positively pre-modern. But it’s only the most aristocratic expression of the elite fury that has been unleashed since 23 June.

We’ve had marches on parliament, organised by spurned, well-to-do Remainers, calling on the democratic will to be overturned. We’ve had law firms, backed by business interests, launching legal challenges against Article 50 being implemented. And politicians are getting in on the act, too. Labour MP David Lammy called on his colleagues to ‘stop this madness’ and block Brexit in parliament. And Labour leadership candidate Owen Smith is pledging a second referendum.

All corners of the elite are closing ranks against Brexit – and all democrats should be concerned. There are those who suggest that we should take Tory PM Theresa May at her word when she says ‘Brexit means Brexit’ – that her rebuff to the Lords’ plotting this week should be enough to reassure us. This is profoundly naïve. The government’s dithering over Article 50 has, in fact, been an invitation to this kind of elite, anti-democratic scheming.

Throughout the campaign we were told that our decision would be implemented. That Article 50 has still not been triggered – that the government is now saying it might be closer to 2020 – should strike us all as deeply suspect. The government’s crippling fear of taking responsibility for this seismic political change means it is desperate to delay in the hope Brexit will never happen – that something, or someone, will intervene.

From the House of Lords to legal chambers, members of the elite are plotting to do just that. We cannot be complacent. We must demand that Article 50 is invoked immediately. But we must not lose sight of the scale of the fight ahead of us. As spiked has always argued, Brexit is only the first step towards rejuvenating democracy, and dismantling the various anti-democratic institutions and cliques that confront us.

Over the past few weeks, we have seen those shady, anti-democratic schemers step into the light. When Wheatcroft said it was within her gift to overturn the will of the people, she was right. The Lords, like the EU, exists to limit our democratic freedom. So, let’s leave the European Union, that death star of popular sovereignty, for good. And then let’s set about the next challenge: abolishing the House of Lords.