Note to Democrats: being anti-Trump is not enough 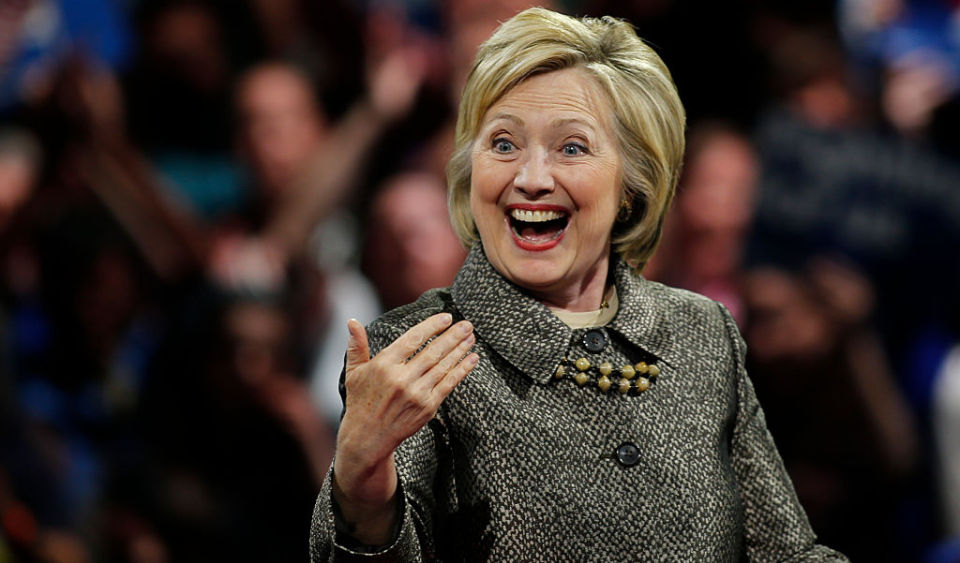 In one sense, the Democrats had a very good convention in Philadelphia. Their line-up of speakers consisted of an array of well-known party figures, ‘stars’ even: Michelle Obama, Elizabeth Warren, Bernie Sanders, Bill Clinton, Joe Biden and President Obama. The Democrats also came across as much more knowledgeable and policy-fluent on domestic and world affairs than the details-lite Republicans. And in her final speech to the convention, Hillary Clinton set out her priorities in workmanlike fashion and rebuked Donald Trump with some zingy lines (‘He spoke for 70-odd minutes, and I do mean odd’).

But there were also signs that all is not well. The first days of the convention were marked by protests by Bernie Sanders supporters, who were so unhappy they even booed their man himself (to his apparent shock) when he suggested they get behind Hillary. After Sanders had spent six months or more telling his tribe that Clinton was thoroughly corrupt, it was perhaps not all that surprising that the Berners preferred chanting ‘Lock her up’ to ‘I’m with her’.

More importantly, there was a nagging sense that, for all of the high-end production values and rah-rah, the convention wasn’t enough to launch Clinton on the road to a sure victory over Trump in November. Deep down, they know that Clinton remains a flawed candidate, dogged by scandal and considered untrustworthy by many. In their minds, Trump is so outrageous (the latest evidence being his attack on the Muslim parents of an army captain who was killed in Iraq) that any leading Democrat figure should win in a landslide – and yet they see Hillary either behind or close to Trump in the latest polls.

One reason that Hillary is failing to connect is that she and her fellow Democrats do not have a coherent position on the past eight years of the Obama administration. One moment, they want to take credit for Obama and build on his work. The next moment, noting that a majority of Americans say the country is not on the right track, the Democrats say they will break with the past and take the nation in a different direction.

This dilemma was evident at the convention. When directly responding to Trump’s speech the week before, Democrats at the podium went to lengths to say the US had made tremendous progress and was already great. ‘I wake up every morning in a house that was built by slaves’, said Michelle Obama in a widely praised speech. But in their eagerness to reject Trump and say the US is doing fine, the Democrats risked coming across as content with the status quo. Critics were right to say Trump’s speech was ‘dark’ and over the top, but his message did seem to resonate with voters who feel events are out of their control.

At other times at the convention, the Democrats reversed direction and went into ‘apocalyptic’ mode, as Nick Gillespie aptly described it. Speaker after speaker lamented life in America: lower standards of living, greater inequality, global crises, a deteriorating environment, ongoing social discrimination. But this begged an obvious question: how can the Dems complain so much about how bad things have got over the past eight years, when their man has been in the White House and they controlled Congress for part of that time? Boiled down, the Democrats’ message was: things are bad, but don’t blame us, we had nothing to do with it. But for many watchers, it looked like a prime example of an establishment that won’t take ownership of the mess they’ve made.

We’re in a very anti-establishment moment in US politics, but the Democrats appear unwilling to face up to this. This disconnect between old and new politics was probably most evident in the contrasting views of the speakers at the convention. To the Democratic elites and their supporters, the cast of speakers were ‘celebrities’ who delivered ‘stunning’ speeches. But to today’s disaffected, the speakers were the architects of the status quo, who created their unhappy situation. Democrats see glittering stars, while the turned-off and fed-up think these are rich elites who live in a different world – not just economically, but culturally too.

The speeches from Michelle and Barack Obama, in particular, were stirring in rhetorical terms, and their fans were impressed. But we’ve heard much of this before. When Obama ran for president in 2008, he spoke in lofty terms about ‘the audacity of hope’ and ‘yes we can’. Michelle said her husband would be ‘a leader who’s going to touch our souls’ and Oprah called him ‘the one’. Eight years on, Americans know the prosaic reality of the Obama administration. People judge the Obamas and other politicians by their actions, not words.

Indeed, to those most disaffected, talk from the president and first lady about the greatness of the US and the promise of the American Dream sounds hollow, without any purchase on reality. Since he first ran for office, President Obama has sought to use the most inspiring ideas of the American past – egalitarianism, democracy, freedom – in the service of the most mundane, uninspiring politics. In Philadelphia, he was trying to have us believe that the culmination of these ideals should be to elect Hillary Clinton. And they wonder why some have become cynical about Obama whenever he waxes eloquently.

As Clinton and the Democrats pivoted in Philadelphia towards fighting the upcoming election, their strategy became clear: they will seek to demonise Trump as a dangerous aberration, as a ‘dictator’. As the New York Times noted, the Democrats will ‘recast the 2016 race not as a conventional battle between left and right but as a national emergency that requires voters of all stripes to band together against a singularly menacing candidate’.

Democratic strategists seem to be overlooking an important fact: that this was exactly the strategy deployed by Jeb Bush, Marco Rubio and many of the other Republican contenders for office. Rather than deal with Trump’s arguments, they demonised the man himself. They thought that just by saying Trump was extreme and beyond the pale, they would encourage voters to rule him out. That approach failed spectacularly.

Why did it fail? First, because the Republicans didn’t address Trump’s arguments. This approach implicitly assumed that Trump’s base of support was not driven by politics, but by prejudice. By not answering Trump’s points – notably around immigration – they left Trump’s arguments unchallenged, and simultaneously appeared to dismiss (if not stigmatise) those who agreed with him. Now Clinton appears to be doing the same.

Second, because this approach did not present a strong, positive alternative to Trump. It was not as if Trump was so dynamic and compelling that he blew away the competition. In fact, he only won a plurality of Republican voters. His victory was more a testament to the weaknesses of his opponents, and their lack of a positive message. Again, Clinton is vulnerable here. By spending the bulk of the time attacking Trump, she and her fellow Democrats are not laying out a political agenda that can appeal to the working class and others leaning towards Trump.

No one will accuse Hillary of using flowery rhetoric, but that’s far from her biggest problem. If she cannot find a positive message that genuinely inspires, that addresses the concerns of the left-out masses, then many will feel they have nothing to lose by choosing Trump. And she and the Democrats will have only themselves to blame.