In defence of borders

The migrant crisis has exposed the EU’s prejudice against Eastern Europe. 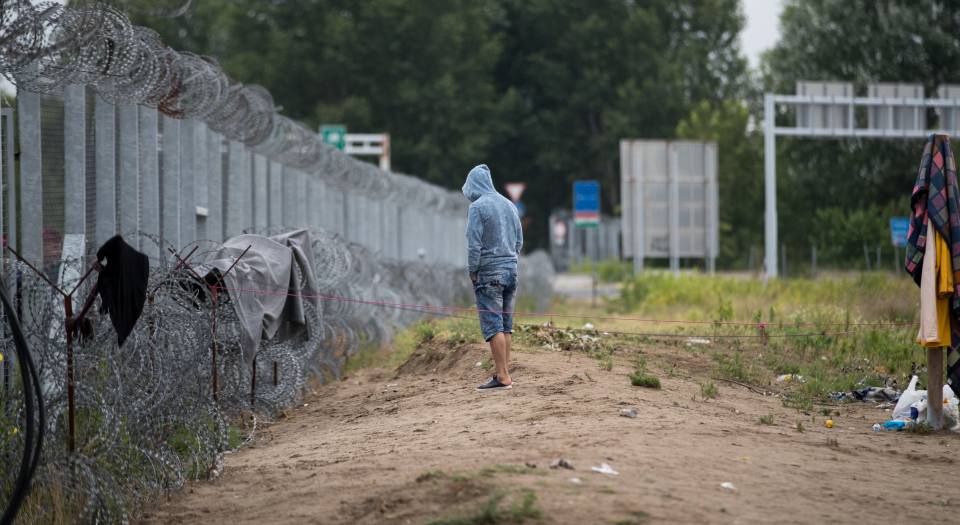 The Hungarian government has scheduled a referendum for October on the following question: ‘Do you want the European Union to have the authority to mandate the relocation of non-Hungarian citizens to Hungary?’

Unsurprisingly, many Western observers are content to see this referendum as yet more proof of prime minister Viktor Orbán’s xenophobia, and the Hungarian people’s inability to be civilised members of the ‘European family’. It’s an easy position to take, but it’s underwritten by arguably the last acceptable form of racism among the liberal-left: the denigration of Eastern Europeans. Indeed, it is this all-too-palpable anti-eastern sentiment on the part of the EU’s leaders that drives many Hungarians to support Orbán.

Still, the referendum addresses a question of crucial importance: where does the sovereignty of the Hungarian nation end and that of the EU begin? And it entails further questions, too: Does an EU member state have the right to decide, through its own system of representative democracy, who can reside in its territory? And does a nation state have a moral right to protect its borders?

The refugee crisis has brought such questions to the fore, folding the problems of managing the huge flow of people from North Africa and the Middle East into the crisis of the EU itself. And, in turn, the crisis of the EU, its inability to handle the migrant crisis, has prompted many citizens to place their trust in the nation state.

That certainly has been the case in Hungary, where many people now look to the state to control who can and cannot enter national territory. The Hungarian government has exploited this popular longing for a strong nation state by building a huge fence, the most spectacular manifestation of border control. While the EU dithered, the Hungarian state acted. Those of us who appealed for a European solution to the migrant crisis increasingly found ourselves on the losing side of the argument.

And little wonder. While Hungarians have seen freedom of movement within the EU as a positive symbol of our post-Communist freedom, Hungary’s history, its experience of being invaded, means that many see border control and national sovereignty as a mark of freedom, too.

Today’s migrants from the Middle East and North Africa are heading to a Europe already home to relatively large Muslim communities. But those earlier generations of migrants, who fulfilled the continent-wide need for a large, cheap postwar labour force, were part of a state-led and state-controlled movement of people. Today’s influx is different; there is no state control.

This is a problem. If we state that controlling immigration is immoral, we lose control over who enters the EU. And it is certainly true that among those claiming to be refugees, there are many who are not refugees, and who are leaving countries at peace. This means that the relaxation of borders in Europe for all migrants risks devaluing the exceptional status of the refugee.

Of course, sympathy for refugees is understandable. To sit idly by as thousands upon thousands of refugees were chaotically crammed into Keleti railway station in Budapest last Autumn would have been inhuman. The scenes at Keleti also signalled that the state could not maintain order in its territory for one key reason: it was not in control of who can and cannot enter its territory. Little wonder that many Hungarians felt as if the Hungarian state was in disarray.

And what did the EU do? It held numerous summits and urged Eastern Europeans to treat migrants humanely. It was a shockingly counterproductive move. To tell fearful, unsettled Hungarians, watching their towns and villages being plunged into chaos, that their fears are illegitimate and immoral, is an insult. And it is precisely this high-handed dismissal of ordinary Hungarians’ fears and concerns that drives many to look to the far right for answers. The Hungarian government’s fence, built on the border with Serbia, may be an objectionable answer to these fears, but it was still an answer.

Controlling migration flows is crucial to maintaining the welfare state. The idea of the welfare state, which has been under attack from the European right, including Orbán’s government, is based on citizens’ knowledge that the payments they make into the state through taxes contribute to services for which they and people like them are the beneficiary. It is based on the solidarity of a closed, delineated group – a community. As the historian Tony Judt put it:

‘It is not by chance that social democracy and welfare states have worked best in small, homogeneous countries, where issues of mistrust and mutual suspicion do not arise so acutely. A willingness to pay for other people’s services and benefits rests upon the understanding that they in turn will do likewise for you and your children: because they are like you and see the world as you do.’

Judt adds: ‘Where immigration and visible minorities have altered the demography of a country, we typically find increased suspicion of others and a loss of enthusiasm for the institutions of the welfare state.’

In Hungary, as elsewhere in the old Eastern Bloc, migrant communities are small. And migration, or rather immigration, has not been a significant part of Hungarian economic life (although now the government is appealing for migrant labour once more to drive down the cost of labour). Yet, understandably, the migrants travelling through Hungary and Slovenia want to reside and work somewhere, and that somewhere also has a welfare state and workers who have fought for their wages through collective bargaining. The sudden influx of new people prompts fears – of losing one’s job, of losing benefits and of losing access to healthcare. And if those fears are ignored, then people lose faith in the welfare state as something that is maintained by the national community, for the national community.

This loss of faith in the welfare state creates a stronger inclination to vote against the left and the EU. For the EU to lecture Eastern Europeans on not being warm-hearted and open enough is not only counterproductive, anti-democratic and immoral; it’s also why the far right resonates with people and the left does not. The hashtag #RefugeesWelcome may make its users feel good about themselves, but it does nothing but anger those who have to live with the effects of an unlimited influx of people – people who go on to become a new reserve army of labour.

Moreover, those who advocate the limitless free movement of peoples do not consider the effect on the places that migrants leave behind. In short, underdeveloped countries lose their most expensive and crucial resource of all: bright, working-age people. Migratory flows effectively solidify global inequalities.

The Hungarian people ought to have the right to make decisions, through their representative democratic process, about who they want to live with. The Hungarian welfare state depends on the people who pay into it. They ought to be able to decide who else can enjoy its benefits. If they can’t, then the welfare state will lose further support, and cease to be something Hungarian people identify themselves with.

There are many aspects of national life that the EU does not believe are in its jurisdiction. So if it does not think it should set the level of unemployment benefit for Hungarian citizens, then why should it be able to decide who can claim that benefit by relocating people within Hungary?

Despite the urgency of the question of borders, it is something we seldom talk about on the so-called left. Yet border controls, if constructed humanely, are not contrary to the rights of refugees. They guarantee people’s safety and their entitlement to the support of the welfare state. The Hungarian government may have built a fence in a matter of weeks, and it may now be calling a referendum on the issue of Hungarian sovereignty, but its interest in borders is opportunistic. It spent years cutting border-control costs, and has little real interest in human rights or good governance.

Borders are moral. They are the basis of the welfare state and representative democracy. Denying some people entry should not be based on security grounds; it should be based on the democratic will of the people, and their right to make decisions about how many people the nation allows entry to. In order to counter the poisonous idea that every person born outside Europe is a potential terrorist, we need to be able to face up to a truth: the human right for a person to live wherever they wish is non-existent.

Peter Ungar is a councillor in Budapest and a member of the the Hungarian Green Party.