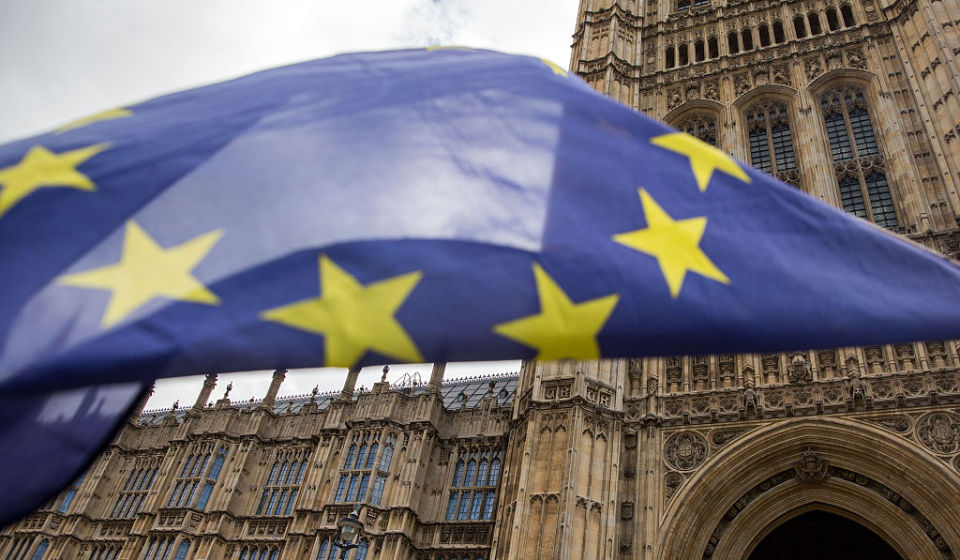 After Brexit, what next?

Thinkers and writers offer their thoughts on politics post-referendum.

The British people’s decision to leave the European Union, despite the party-political establishment, big business and international financial institutions telling them not to, has shaken up politics in a way not seen for a generation. It has felt as if history itself has awoken. The future, which for so long seemed like little more than a continuation of the exhausted present, has suddenly come alive with possibility. Or has it? The spiked review spoke to key thinkers and writers, including Zygmunt Bauman, Charles Leadbeater and Julie Burchill, to find out what they make of Brexit, whether it has revitalised politics, and what it means for the future of Europe.

The other dimension is that people voted Leave because they wanted change in Europe – a case, if you like, of creative destruction. It would either force Europe to get on with integration and complete the single-currency project, or, in my view, it would lead to the disintegration of the single-currency project – a project which I believe to be the most stupid economic decision made by anyone anywhere at anytime. So one of my motivations for voting Leave was that I think it will be a good thing for Europe, because it can either prompt the reform, or, better still, the break-up of the single currency, so that Europe can start again with a saner, more sensible economic policy.

You see, the single currency doesn’t work – it’s a relic of a bygone age, a one-size-fits-all economic policy that has been imposed on countries that are incapable of thriving within it. Those opposed to the single currency have always said it would prove to be deflationary, cause mass unemployment, and result in a huge amount of austerity, as the burden of adjustment to make it work would fall on the poorest and the weakest rather than the richest and most powerful. Events of the past few years have vindicated that view. Everywhere you look now across Europe, you see signs of the single currency in distress: you see it in Italy where the banks are on the brink of going bust; you see it in Greece where there’s 50 per cent youth unemployment; you see it in Portugal, where they’re being threatened with fines for breaching budget controls; you see it all over Europe.

Larry Elliott is the Guardian’s economics editor and co-author, most recently, of Europe Isn’t Working (2016).

I believe that the collapse of trust in the capability of all (I repeat all) parts of the territorially sovereign state’s political establishment across the developed world to deliver the desired change (or indeed any promised change) is precisely what, paradoxically, has sedimented the Brexit phenomenon.

With voters’ frustration with the extant political elite complete, and voters’ refusal to invest trust in any part of the political elite total, the referendum provided an unprecedented opportunity to match the polling choices with the sentiments struggling for expression. It was a unique occasion, in that respect, and so very different to routine parliamentary elections!

At a General Election, you may express your frustration, your anger against the most recent in a long line of power-holders and promise-givers. But the price you pay for this emotional relief is merely to invite Her Majesty’s Opposition, an inseparable part of the political establishment, to enter ministerial offices as Her Majesty’s Government. In this endless game of musical chairs, you come nowhere near to expressing the total, comprehensive nature of your dissent.

The occasion offered by the Brexit referendum was completely different. With nearly all sectors of the political establishment positioning themselves on the Remain side of the division, you could use your single vote for Leave to release your anger against all of them in one go. The more all-embracing your frustration, the more tempting it becomes to do just that — to grasp that once-in-a-lifetime opportunity to vent your anger.

Zygmunt Bauman is a sociologist and author, most recently, of Strangers at Our Door, (2016).

The most annoying aspect of the Remainers’ response to the referendum result? The incredible petulance of their reaction to losing. They are at once like spoilt brats and grumpy stick-in-the-muds. It’s a very unattractive combination.

The Remnant Zombie Army, who still won’t accept the result, are a tragic bunch of bed-wetters who won’t play unless their ball is on a piece of elastic. Classic cry-bullies. They make me ashamed to be British.

I am less concerned about, than contemptuous towards, the lack of respect or regard for democracy certain members of the Remnant lobby display towards the result of the referendum. Although I do feel that I am living in a country where we are far nearer to having a large section of the population sympathetic to dictatorship than I believed.

Does their dismissal of Leavers as anti-Europe and xenophobic bother me? A little. But I’ve come to expect such a low level of analysis and debate from the Remnants that each further day of slander on their part only confirms that their intellectual arrogance goes hand-in-hand with a great deal of ignorance – whether wilful or otherwise.

Nevertheless, politically, there’s never been a more exciting time to be alive in my entire lifetime, and I was born way back in 1959. Anyone who says ‘Ooo, too much politics, nasty and upsetting!’ should have their vote rights taken away, in my opinion.

Julie Burchill is a journalist and author.

‘A vote for meaning over money’
says Charles Leadbeater

I think the Brexit vote could revitalise public life. It has already revitalised it to the extent that everyone is now talking about politics. Although I feel the effect of that is already wearing off, it’s something that we’ll keep coming back to.

There are certainly positives to the Brexit vote. First, I do feel that it was a vote for meaning over money, insofar as the Remain campaign was all about money, and all about offering you more, and warning that you would lose money. And, in a sense, many people who voted Leave were saying ‘we’re not interested in money’, or ‘we’re not earning very much anyway’, or ‘our economic prospects aren’t very good’. So, in that sense, it was a vote for meaning, identity, community, defiance, resistance and so on. But it wasn’t about money. The Remain campaign, however, was miserable in its negative appeal to money and fear.

Secondly, it was, in its own way, a vote for a re-engaged democracy, albeit one that might be extremely difficult to realise. There has too long been a sense that power was distant and that it ought to be made more accountable, less opaque.

And, third, it was also a vote for equality. What people were saying was that the gap between London and the south east, the bankers and the well-paid and everyone else, was just getting too large.

When you put all that together, and see it through, then there should be an awful lot for people who are not right-wing to work with. But unfortunately, of course, Brexit sentiment has been articulated most powerfully through a nationalistic, populist, anti-immigrant, anti-foreigner discourse.

One of the things that will now happen is that this inchoate vote for defiance and change will get mashed into a very complicated system of representative democracy, involving Westminster, the machinations of the Conservative Party, the EU machine and so on. And, in a way, that post-Brexit sense of shock will abate, and many will welcome the stability.

But, in another sense, the question about what sort of society we want Britain to be could become more muted, and allow a return to a much more managerial politics. And I think we will swing between the stability-first, let’s-be-calm approach and the more resilient, existentially questioning approach, where we’ll think about Scottish independence, the future of capitalism — the big questions.

Charles Leadbeater is an author, innovator and former adviser to Tony Blair.

‘Welcome to the future of Europe’,
says Thierry Baudet

From the very beginning, the essential aim of the European Union – the merger of countries into a single continental block – has been framed as the inevitable next step of history. After four centuries of nation states, the 20th century was ripe for the emergence of new and higher forms of political organisation: post-national, post-cultural, post-historical.

So, by implication, a country leaving the EU would be withdrawing from that inevitable path of progress. How tragic! But, in fact, it is the EU itself that is out of time, an outdated institution. Its massive bureaucracy, its protectionism, its open borders and its single currency have all proven to be utter failures, neither strengthening the member states nor the continent as a whole.

Centralised government for 600million people with different languages, different economies and different political institutions is simply not a good idea. The decision of the British people to break free of the EU was not, therefore, a step backwards; it was a leap forward. In the age of Netflix, cheap flights, social media and internet startups with a global outreach, the forward-looking thing is not centralised, regional blocks with regulations that stifle growth and innovation, but flexible, small-scale, user-generated and thus democratic units that can respond promptly and quickly to whatever opportunities arise.

Nobody questions that European countries, in view of all their historical and cultural similarities, should closely work together in friendship and benevolence. But the EU impedes that by forcing us into a straitjacket and demanding we make decisions that aren’t good for any of us. One size fits none. We need a network of free trade and multilateral treaties concerning all the stuff we agree upon – with our national democratic assemblies as the highest guarantors of our rule of law. To enter the Europe of the future, we all need to free ourselves from the EU.

Thierry Baudet is a journalist and author of The Significance of Borders (2012).